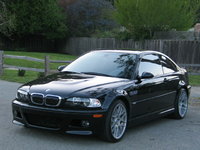 The BMW M3 combines screaming performance with luxury in an attractive package. 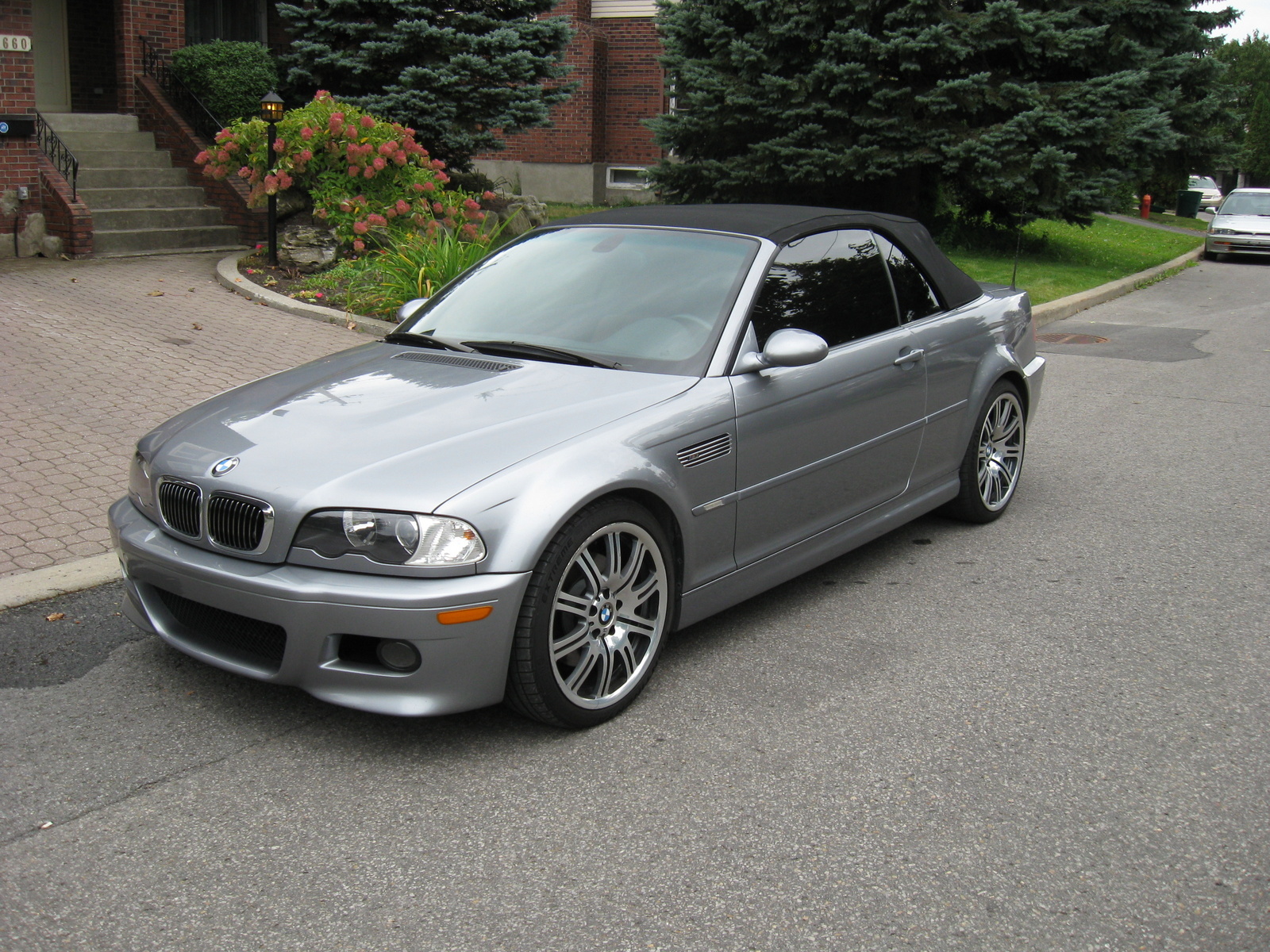 The BMW M3 has begun to feel dated, now nearly five model years into the current generation, but its high-performance driving dynamics and stature in the automotive world mean that it’s nowhere near time to write it off.

The car can be ordered as a coupe or convertible and is known affectionately by car geeks as the E46 generation. It competes with the Audi S4 and more than one Mercedes-AMG product, most closely the C55 sedan. Some people may even cross-shop the M3 with the Porsche Boxster or 911.

A more performance-focused upgrade is available in the Competition Package, a $4,000 option that brings the bigger brakes and steering from the M3 CSL, as well as 19-inch wheels and a host of other performance upgrades. It’s a stout upcharge, but one that makes the M3 even more of a riot on the track and on the road. 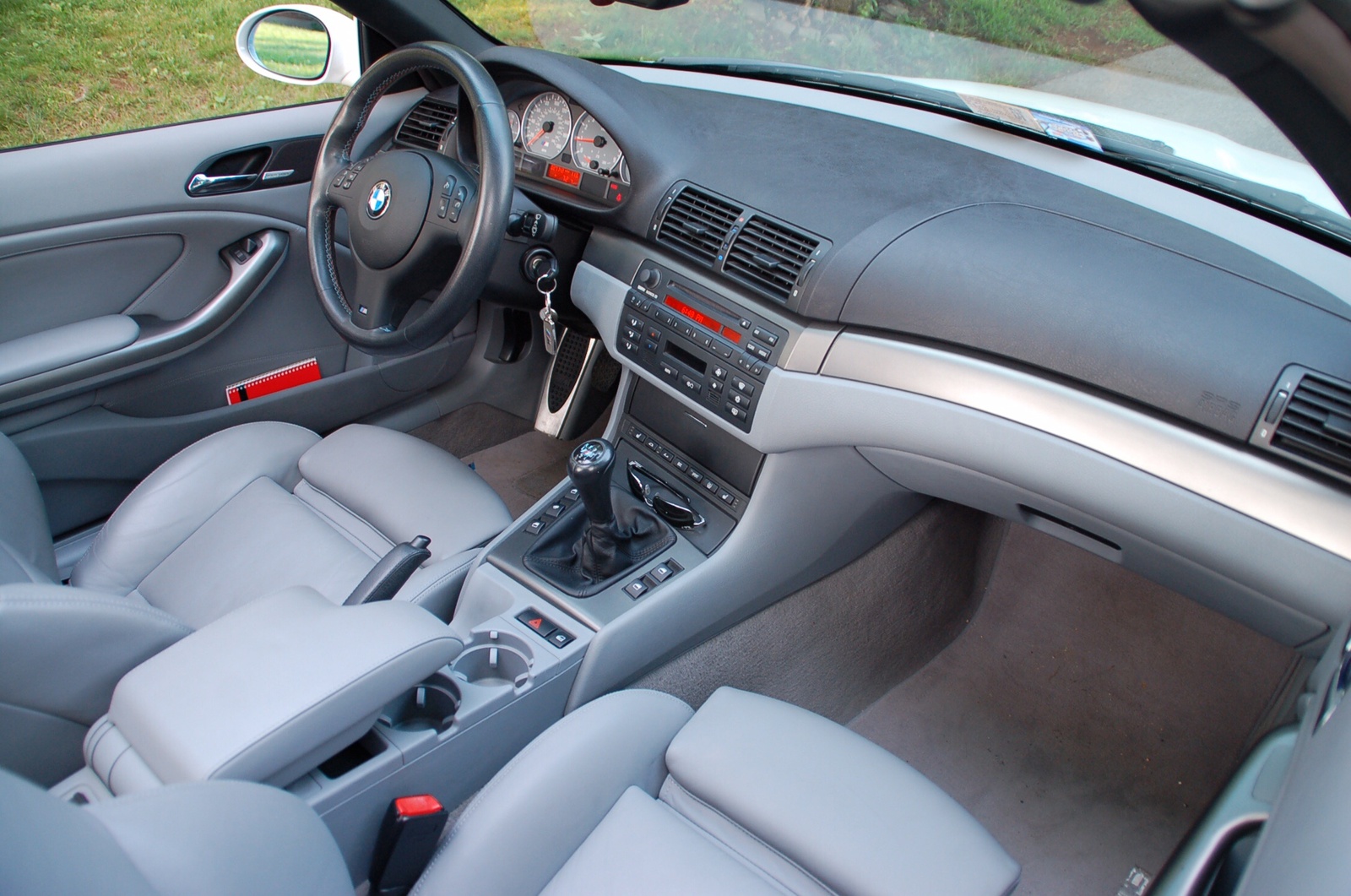 If you glanced at the M3 without knowing what to look for, it’d be easy to mistake it for a standard 3 Series model, only with bigger wheels and slightly more aggressive styling. The car’s gentle curves have been expanded slightly with more aggressive fender flares and a strong lower front fascia. Staying true to its everyday performance vibe, the M3 retains the large greenhouse that the standard 3 Series cars have, and though it’s a coupe (or convertible), the M cars are strikingly pedestrian in their appearance.

Inside, things become a bit more obvious, but not by a wide margin. The front seats are more heavily bolstered than those in the standard 3 Series, and there’s a good deal of aluminum trim, but not much else sticks out.

The three-spoke steering wheel is meaty and easy to grasp, making it ideal for high-speed driving, while everything else in the cockpit is as driver-oriented as an interior can be. All controls and displays are tilted slightly towards the driver and are well within reach from the sport seats. 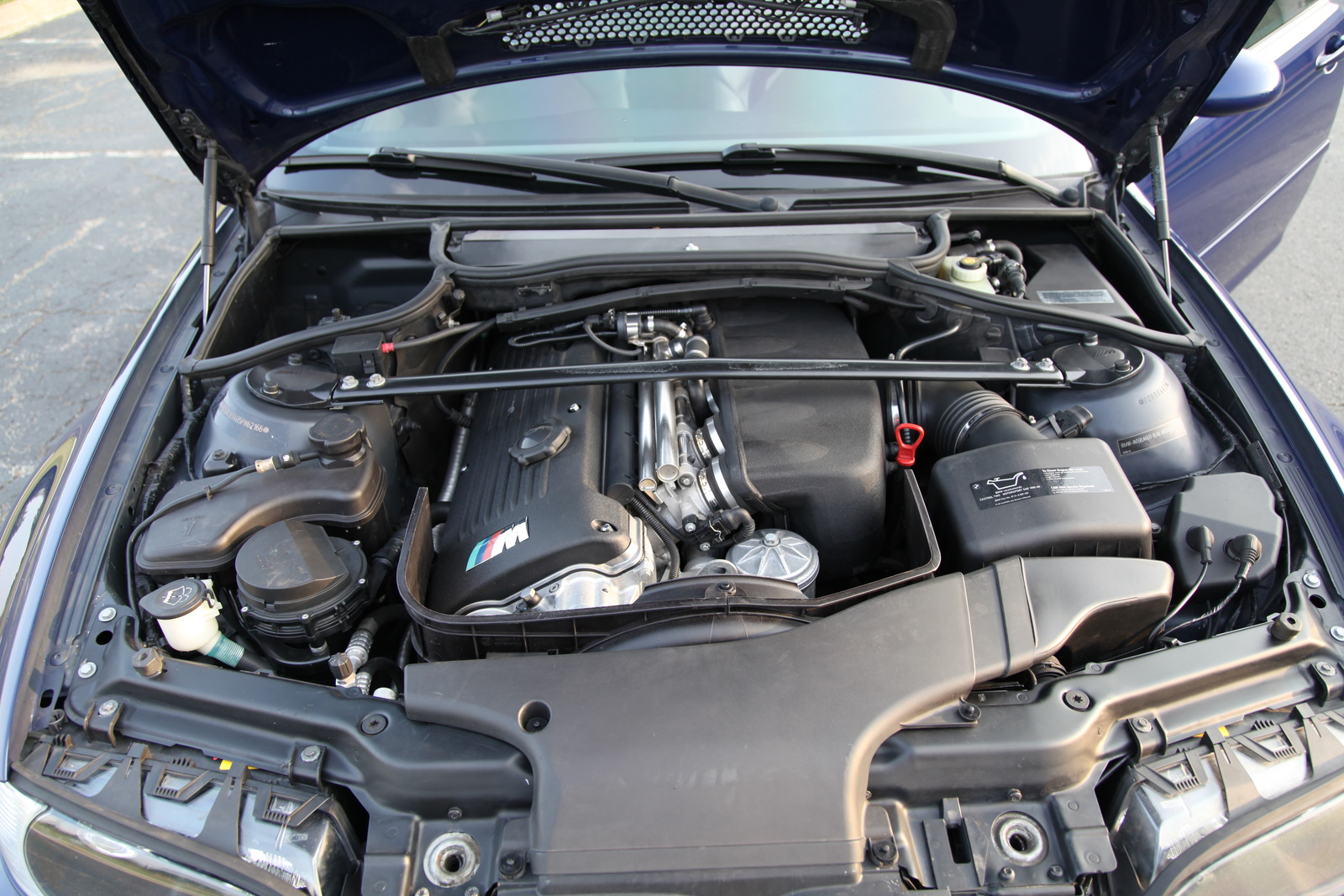 The BMW M3 Coupe isn’t necessarily about pavement-destroying performance, though it more than holds its own on a racetrack. The magic here lies more in the car’s ability to be balanced and in the fact that it can deliver its performance in a wide variety of situations.

When the engine and transmission are cold, there can be some stutters, especially in stop-and-go traffic, but once everything is warmed up, the real fun can start. The M3 can, in one moment, be a comfortable cruiser, while in another, be a capable canyon carver. No matter the transmission – six-speed manual or SMG – the M3’s engine is a willing companion to the fun, delivering its power in a broad band and making a wondrous sound while it does.

The car’s handling alone is impressive, but even more impressive is the fact that at low speeds, it’s as tame as the standard 3 Series car. The ride is compliant and comfortable, and road/wind noise is adequately squelched by the car’s sound insulation.

Even the Competition Package, with its race-inspired suspension and handling, is nearly unflappable over rough roads, and still maintains more than a shred of dignity inside the cabin.

The BMW M3 Convertible is much the same, though there is noticeable body flex in hard cornering. Cars like the Corvette make better performance convertibles, but the quick up/down action of the top will make the Bimmer worth the performance penalty for many buyers.

Fuel economy numbers are surprisingly decent for such a performance vehicle. With a manual gearbox, the M3 is capable of delivering 15/22/17 mpg city/highway/combined. The automatic transmission changes those numbers to 15/21/17 mpg. The M3 convertible is rated at 14/21/17 mpg with a manual transmission and 14/20/16 with an automatic. 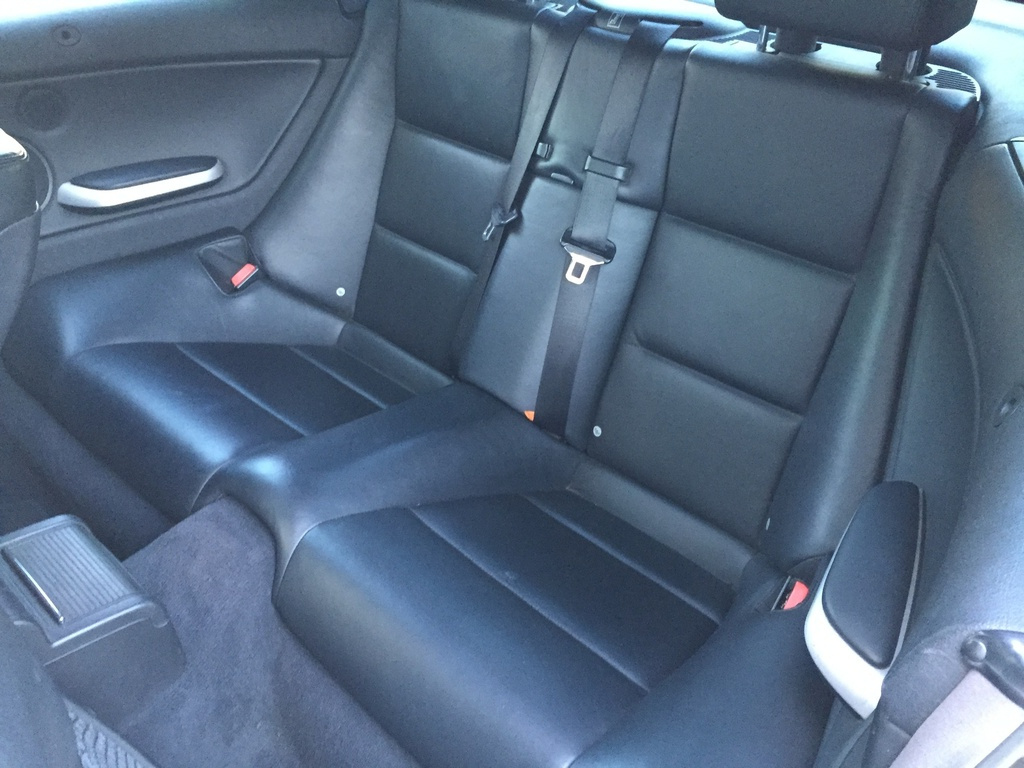 The M3’s major selling point, other than its impressive performance, lies in the fact that it can be a normal car in addition to being “the ultimate driving machine.” The front seats are comfortable, despite the bolsters being big enough to hold a hippo in place. As in other BMWs, the M3’s seats have adjustable thigh pads that can make them much more comfortable for drivers and passengers on either end of the human height spectrum. The back seat is serviceable for children and shorter adults, but not for long road trips and certainly not up to the five-person seating capacity that BMW claims.

Though it’s got the right moves to be an all-rounder, the M3 does fall short in cargo capacity. Its trunk, with just 9.5 cubic feet of space, is laughably small, even more so when there’s a convertible roof involved. At least BMW left all of its clever pockets, cubbies, and storage spaces from the standard cars in place here. 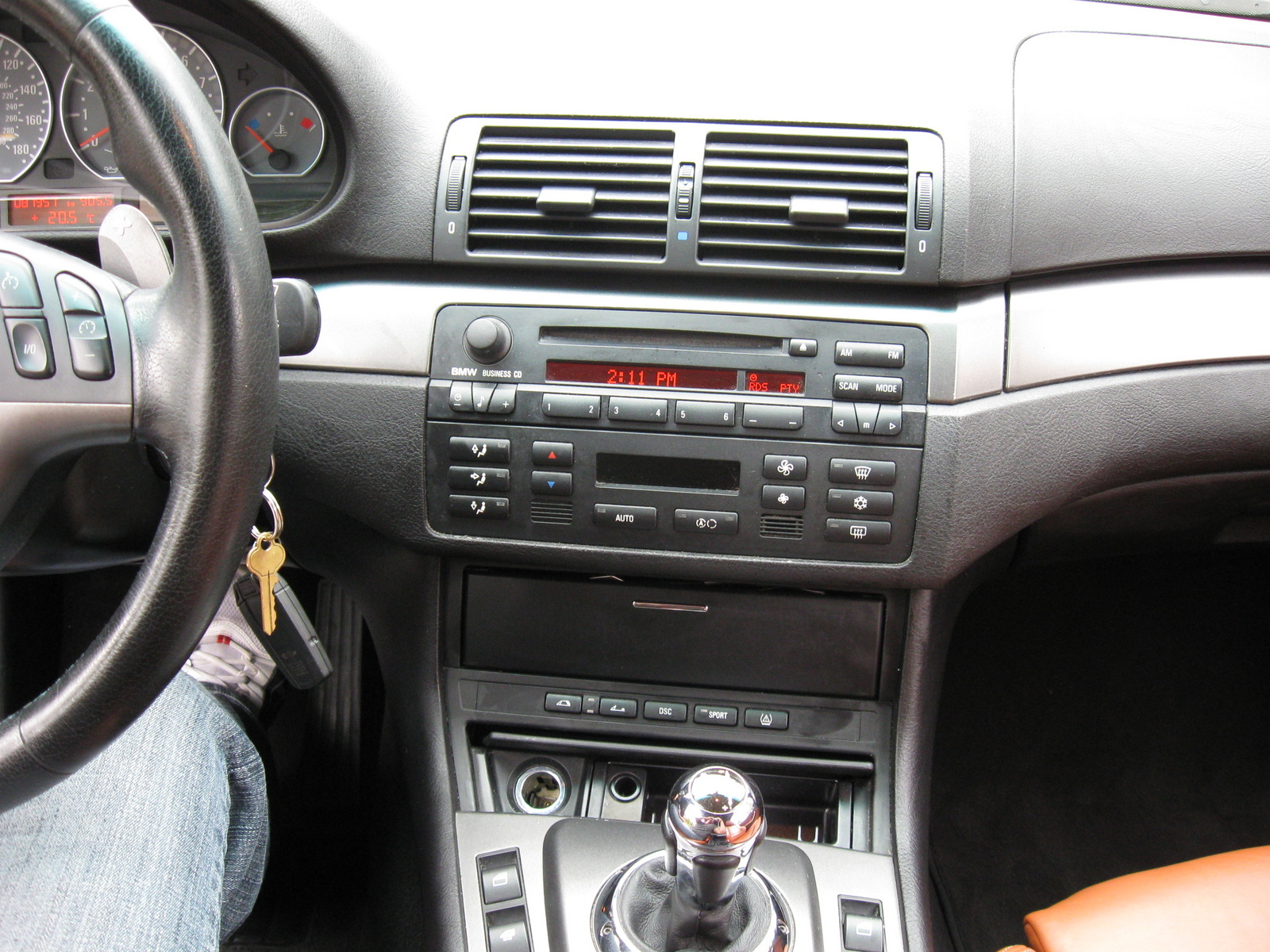 Even with its sporting tendencies, the BMW M3 is still a luxury car, and its list of standard tech features reflects that. Power windows and door locks are standard, of course, as is an in-dash CD player, AM/FM radio, a 10-speaker audio system, steering wheel audio controls, cruise control, and a radio data system. BMW wants you to feel, experience, and hear the work that it has put into making the M3 a driver’s car, but even so, the stereo sounds great and is aided by the car’s excellent sound deadening. 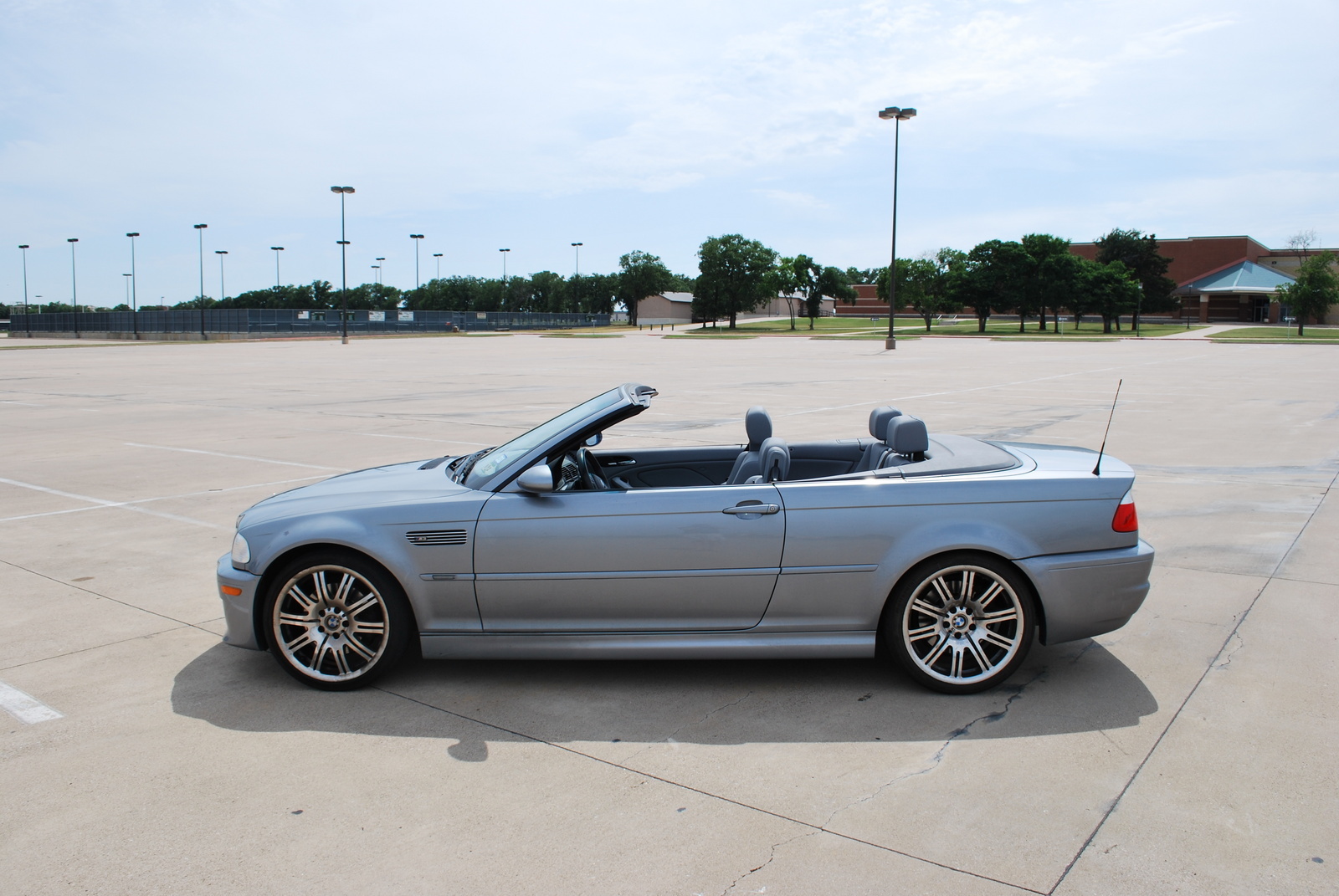 The Insurance Institute for Highway Safety hasn’t tested the M3 specifically but did test the standard 3 Series cars. The less-than-stellar results include a ‘Good’ rating for moderate overlap front crashworthiness, but ‘Poor’ ratings for the cars’ head restraints and seats. The National Highway Traffic Safety Administration has not yet rated the M3. 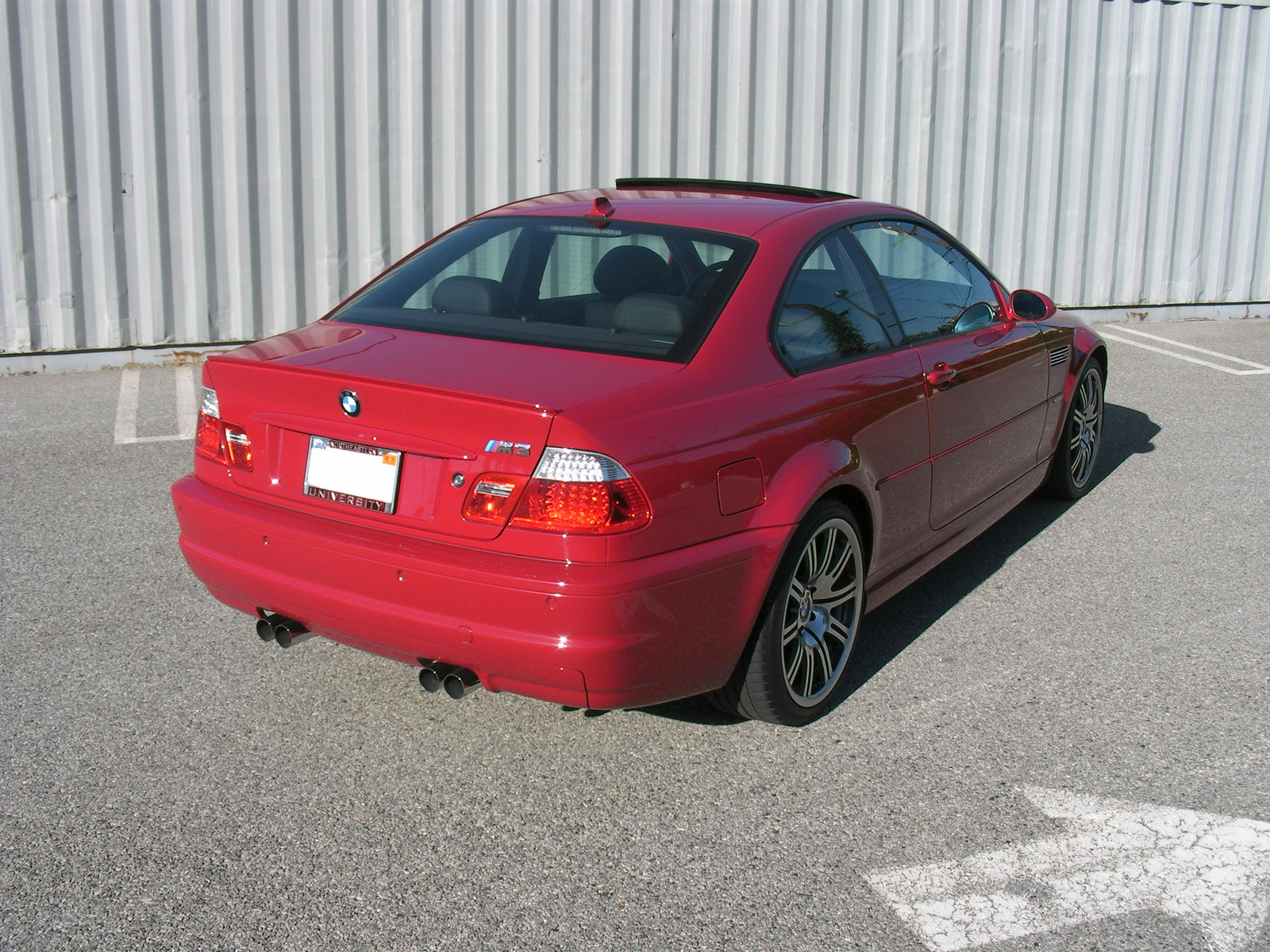 The M3 is a luxury sports car, but we can still draw some conclusions about its value. The base price of just over $47,000 seems steep, but that dollar amount buys one of the most engaging and thrilling driving experiences of any coupe on the market today. Added to that experience is the fact that the M3 can do all of the normal “car things” without breaking a sweat. Those two things together more than justify the M3’s price tag. Things are a little murkier with the M3 convertible, with its nearly $56,000 MSRP, but there aren’t many other cars that can do what the BMW does.

The performance and comfort doesn’t even come with a giant fuel economy tradeoff, either. The M3’s 15/22/17 mpg city/highway/combined with a manual transmission is reasonable for a car with such a stout powertrain, and the convertible doesn’t fall far behind, at 14/21/17 mpg with a manual gearbox.

Users ranked 2005 BMW M3 against other cars which they drove/owned. Each ranking was based on 9 categories. Here is the summary of top rankings.

How To Use JBT-CS538D Auto Diagnostic Tool Scanner User Manual ?

Why Does It Say That The Car Is Automatic Transmission And When I Look At T...