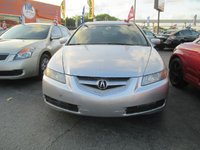 Acura builds a compelling sedan with an overachieving engine. 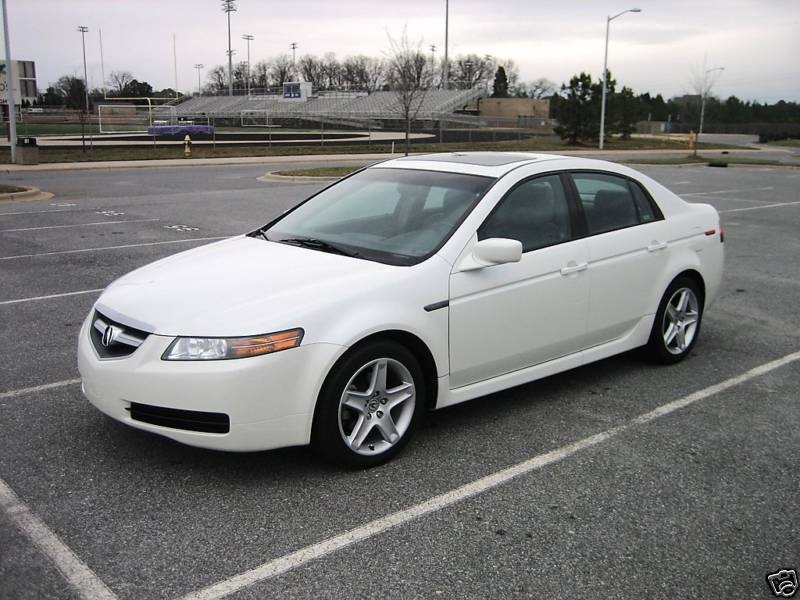 One year into a fresh redesign, the 2005 Acura TL is big on power, edgy style, and standard equipment. It's one of the most feature-packed luxury sedans on sale—and one of the most fun to drive. 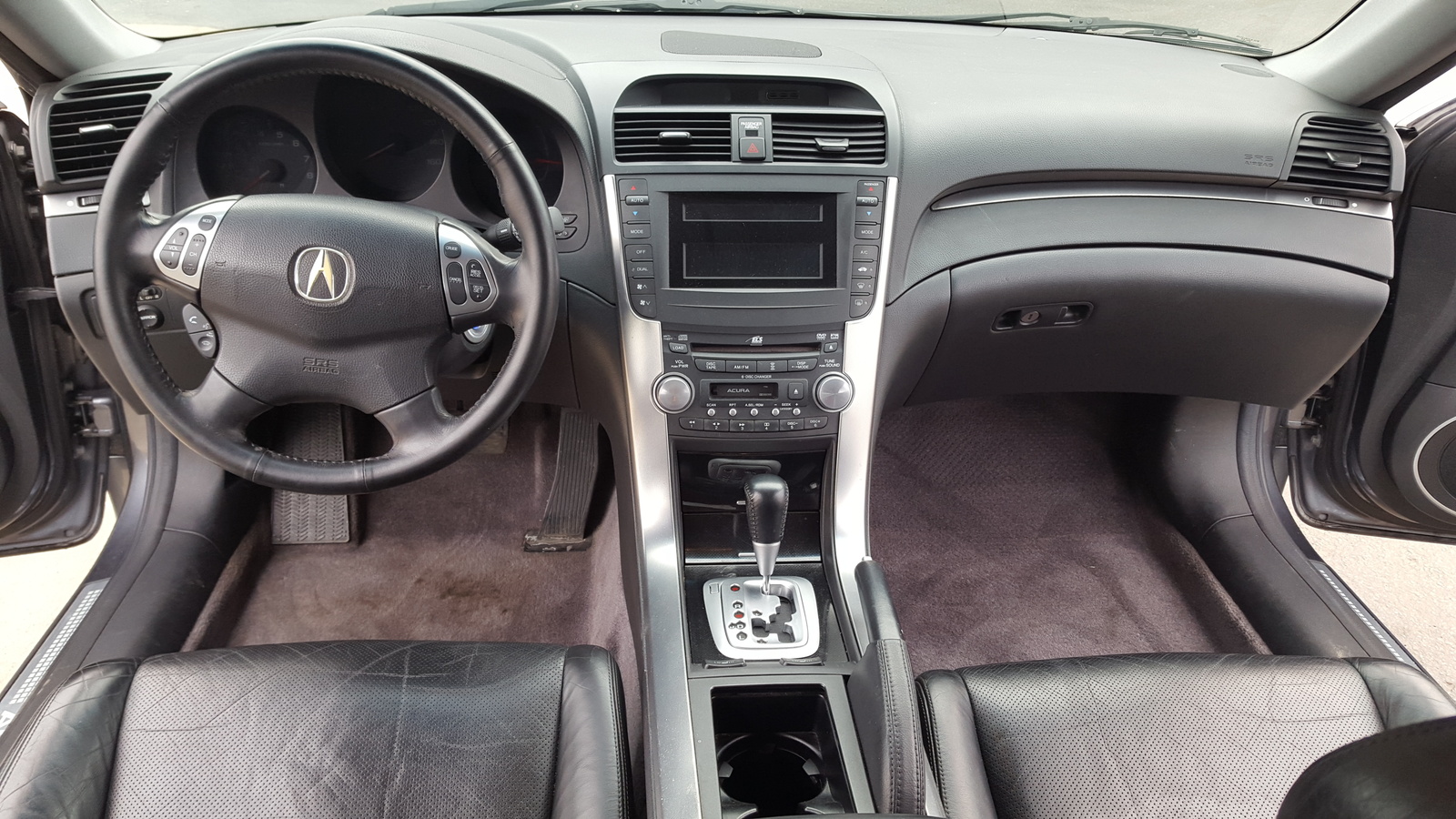 Athough it's based on the Honda Accord, the Acura TL is way more upscale than that best-selling sedan. The home-plate grille ends in a point below the A badge and connects with a vertical crease that perfectly divides the bumper (for owners in states without a front license plate, that blank spot proudly displays the Acura name). From the front, the TL looks like an angry hawk (the side mirrors are actually mounted on winglets) and the hood cuts a trapezoidal shape like on a Porsche 911. Thin headlights wrap around to the fender, connecting with a thin indentation that traces through the door handles, gas tank door, and ends with an equally-sized rear reflector. The C-pillar is extra thick to make the car feel longer and roomier than it is. The Acura TL's design is just good.

Acura put an equal amount of work into the interior, which is more progressive and tech-focused than anything you'll find in a BMW 3-Series or Audi A4. While it's less minimalistic than an Infiniti G35, the center stack has a commanding height and has a quality mix of standard leather, wood or metal trim, and plastics. 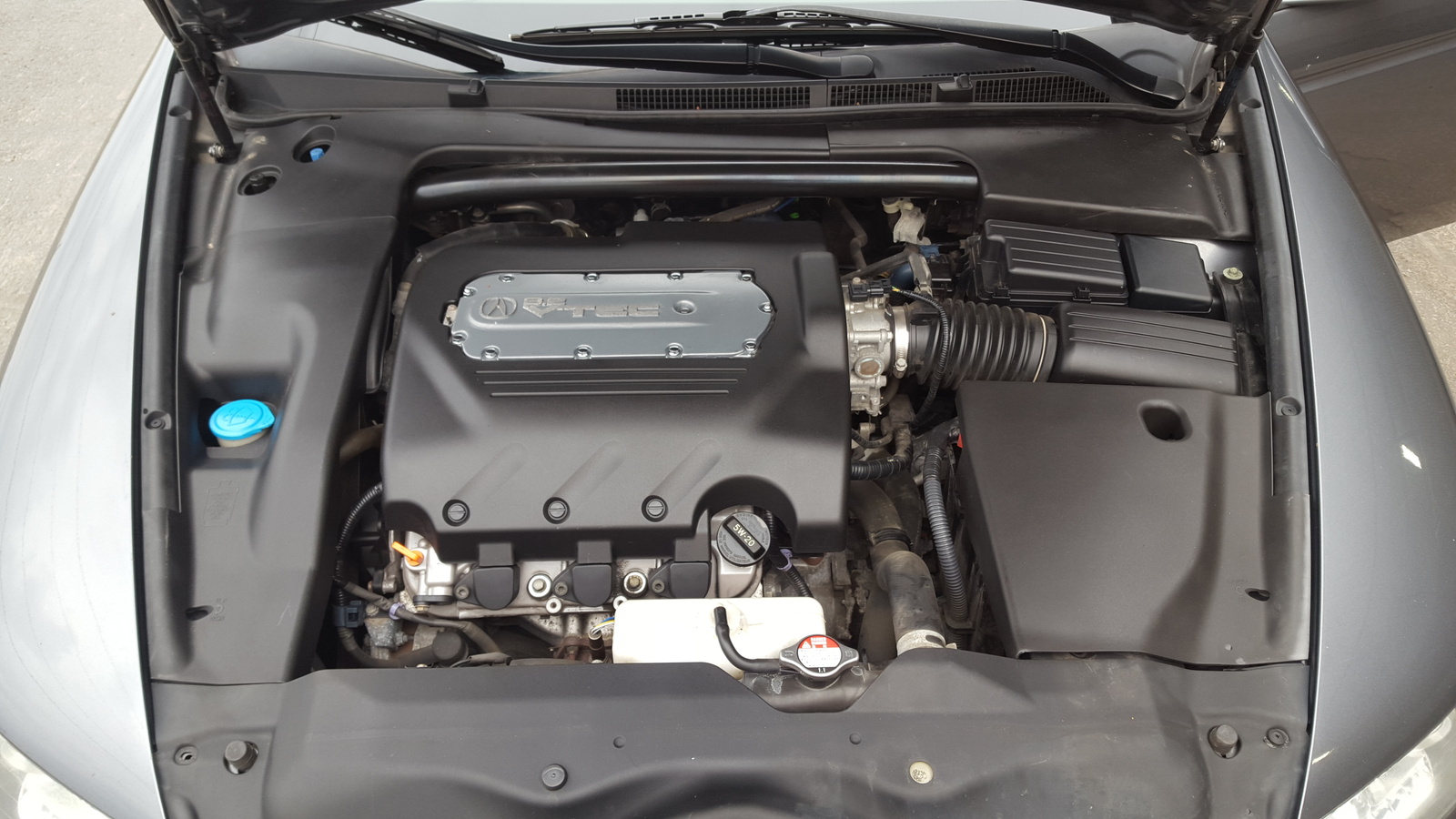 The TL is a front-wheel drive car (FWD) with a stout 3.2-liter V6 engine that makes 270 horsepower and 238 pound-feet of torque. It's almost too powerful for this car and causes loads of torque steer, which is the steering wheel tugging away from your grip when you're hard on the gas. There's a limited-slip differential and an impressive suspension that mixes comfort and agility, but they don't do much to overcome the TL's nose-heavy balance and lack of all-wheel drive (AWD). Still, this much performance is a lot of fun, especially with the TL's 6-speed manual transmission that offers short and precise throws. A 5-speed automatic is also available at no extra charge. Large Brembo brakes drive home the performance cred. Summer tires are an option with the manual, as is an A-Spec package that improves the suspension some more and adds a special body kit. Just be careful where and when you mash the throttle. 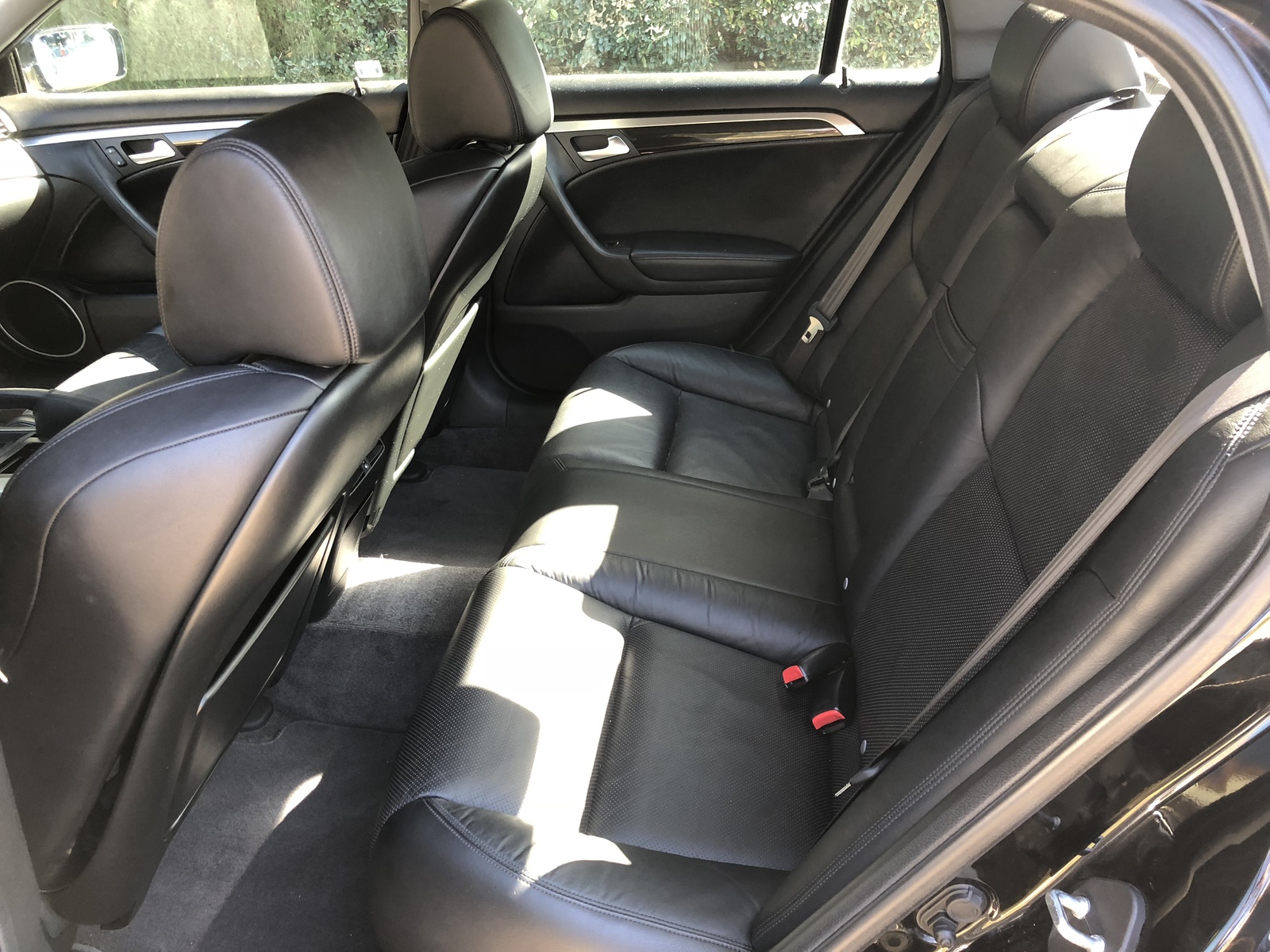 Three large, recessed gauges in the instrument panel glow a purplish-blue at night—no doubt they give off a look of the departing 2005 Acura NSX. Large LCDs for the radio and climate, with large buttons and knobs nearby, make operating everyday functions a breeze. The gated shifter, which has two extra gates for manual shifting and a low gear, may be the most cumbersome feature—but that's a stretch. The seats are supportive and there's enough room in all directions, though some reviewers have complained they are too low and narrow. Those interesting C-pillars do block rearward visibility more than in the previous-generation TL. Trunk space is on the small side at 12 cubic feet. 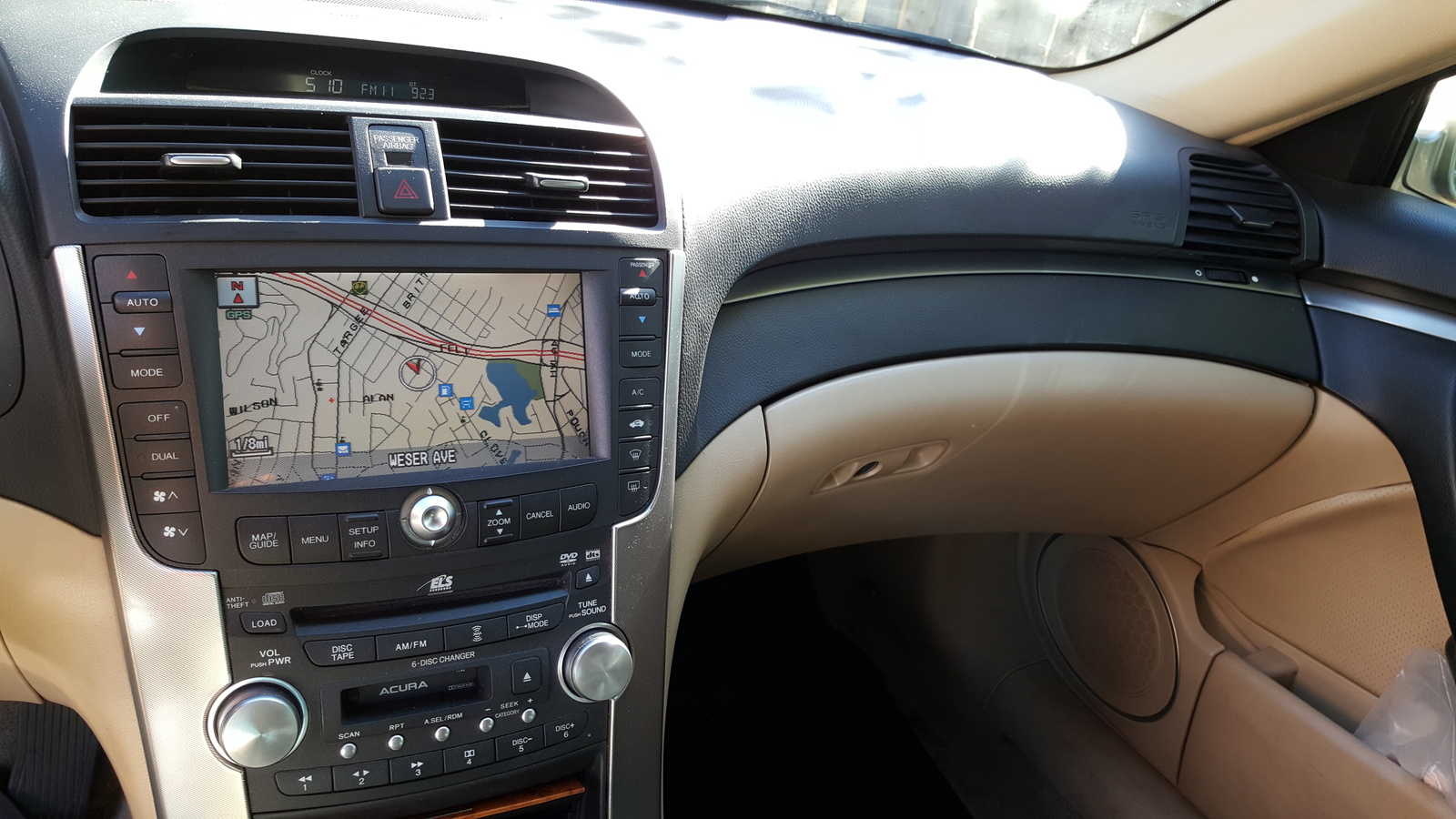 A lot comes standard, including heated power leather seats, aluminum or wood trim, moonroof, satellite radio, and both a cassette and CD changer. Xenon headlights, Bluetooth phone connectivity, and dual-zone climate are standard. The ELS stereo was developed by Grammy-winning engineer Elliot Scheiner and can play high-bitrate DVD-Audio discs in surround sound. Only navigation and voice recognition are available as options, which includes 3D Solar Sensing—Acura's way of using the car's location to estimate the position of the sun and measuring the actual sunlight from a sensor mounted in the interior to best adjust the air conditioning. Otherwise, every TL is loaded. 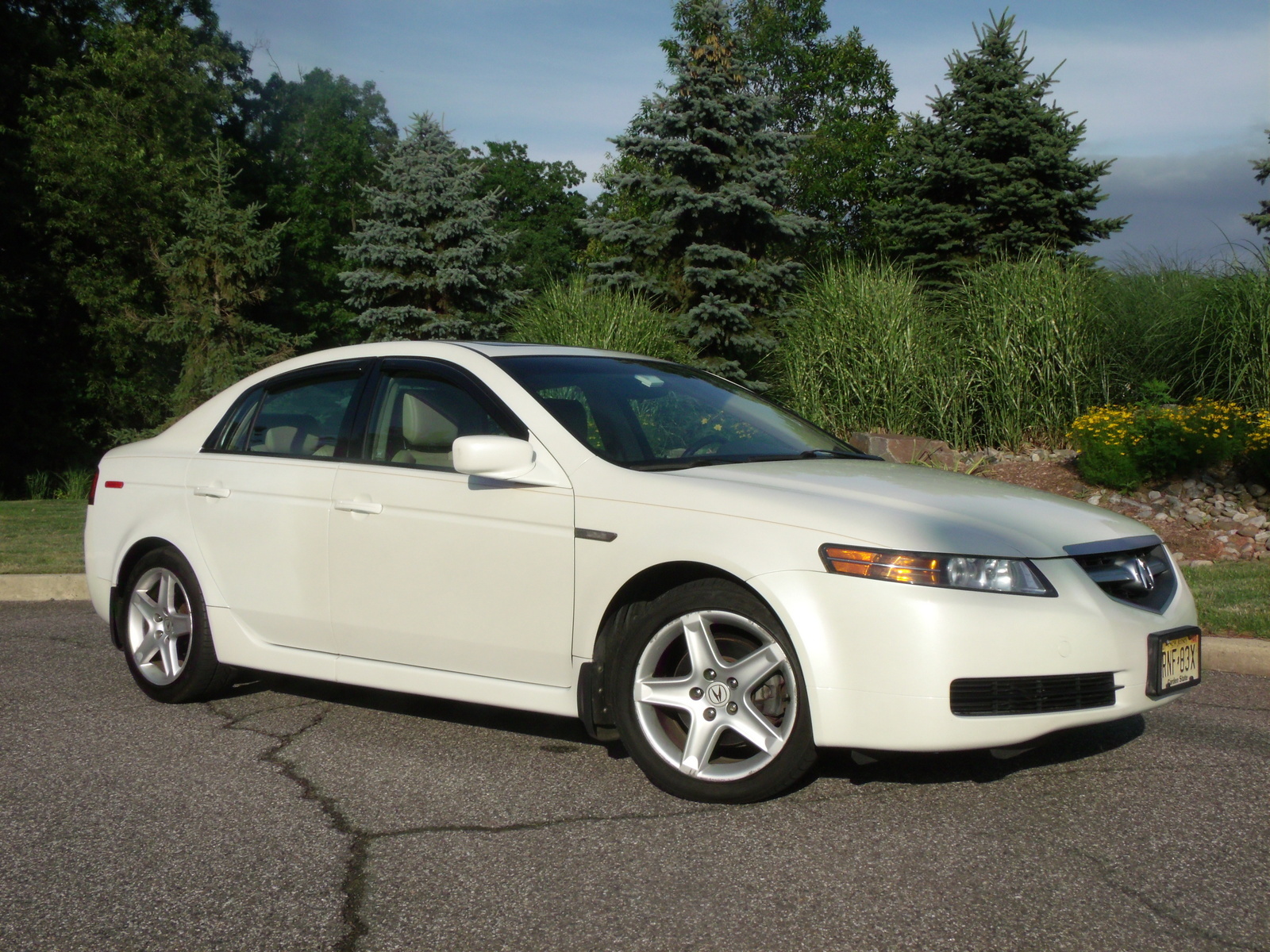 The 2005 TL comes with dual front airbags, front side airbags, and front and rear head curtain airbags as standard. ABS, traction and stability control come standard. The Insurance Institute for Highway Safety (IIHS) rated the 2005 TL the best Good rating in the front moderate overlap and side tests. The National Highway Traffic Safety Administration (NHTSA) rated the 2008 IS at five out of five stars for the driver and passenger in a frontal crash, four stars for the driver in a side crash, and five stars for the rear passenger in a side crash. 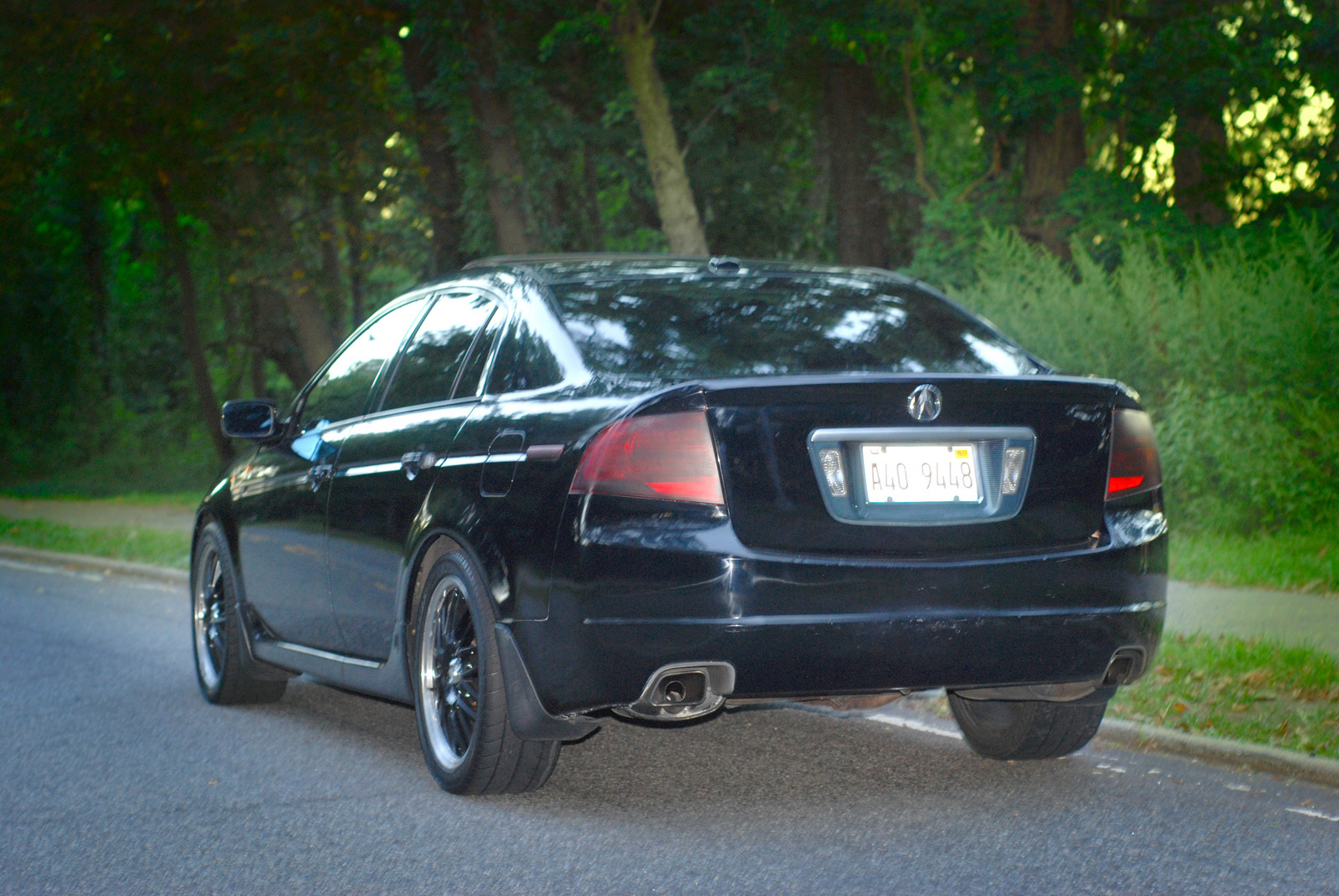 The 2005 Acura TL starts at $33,670 and comes in one trim. Maxed out with performance tires and navigation, the MSRP is $35,300 (either option can be ordered separately). Fuel economy is adjusted to modern EPA estimates at 18 mpg city, 26 mpg highway, and 21 mpg combined with either transmission. The TL requires premium gasoline for best performance and efficiency. Considering the abundant tech and luxury features, the fantastic style, and the way the TL rockets down the road, this car is no doubt a great value.

Guru9TDF84 After doing my research on this vehicle which I was really interested in, I found the worst problems with the vehicle is the dashboard cracks, the transmission failure around 123k, and the clear coating peels off.

Users ranked 2005 Acura TL against other cars which they drove/owned. Each ranking was based on 9 categories. Here is the summary of top rankings.

Why Does My Headlight Keep Shutting Off?

My left headlight keeps going out. But if I turn the switch all the way off and on it will eventually turn back on. It goes out every 30seconds to a minute

51 views with 5 answers (last answer about a year ago)

05 Acura TL. I just replaced the battery a few months ago and it s running great but now when I try to crank it, it seems it's going to start, (lights, ac air comes on) it completely dies with no c...

My Acura TL Won't Move Why

My 2005 TL Acura it's started to lose power and just a minute ago I was driving it felt like I was putting my foot on the brake when I wasn't it jerked now I'm stranded on the side of the road it w...

I have a 2005 Acura TL 3.2 w/auto transmission. It seems like my car is not going into higher gears at higher speeds. It seems like it cannot go past the 4th gear. At speeds over 60 mph, it sounds ...

What Is Wrong With My Navigation System?

Good morning, My navigation unit in my car start showing DVD disc reading error please consult your dealer. I was still able to use the touch screen to control my FM and XM radio stations. I bough...

FWD with Performance Tires and Navigation