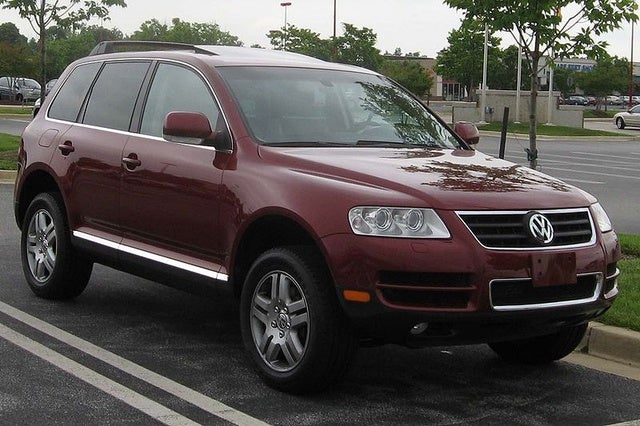 Developed in conjuction with Porsche and sharing the same platform as the Porsche Cayenne SUV, the 2004 Volkswagen Touareg mid-size SUV was contemporary, upscale, well-equipped, and definitely a Volkswagen, thanks to its distinctive grille and styling. It was available with a choice of two gas engines --- a six-cylinder and an eight-cylinder --- as well as a V10 turbodiesel engine. A six-speed automatic transmission was standard across the line.

The Touareg excelled off-road, according to a number of reviewers, but could be tricky to drive around town thanks to a six-speed transmission that tended to accelerate despite a constant pressure on the gas pedal. Downshifting was also a bit jumpy, reviewers noted. As far as regular drivers were concerned, they were impressed with the Touareg's handling, as well as many of its interior details. Gas mileage, especially with the V8, was cited as a negative by some drivers.

What's your take on the 2004 Volkswagen Touareg?

Have you driven a 2004 Volkswagen Touareg?
Rank This Car

What Does It Mean When Your Oil Pressure Stop Engine Comes On And Off. It H...

It does not stay on

2004 VW Touareg Anti-theft System Shut Down Car Completely, How Do I Reboot...

I was having trouble out of my key fob. I decided to take it to get it synced back up with the car. However, the anti-theft system kicked in......alarm going off for about 5 minutes. Tried to put...

What Could Be Causing My Battery To Drain

i discover that my touareg 2004 v6 only selects gear 1,2,3and 4 but does not select gear 5 and 6. what could be the possible cause

494 views with 7 answers (last answer about a year ago)

WHERE IN VEHICLE DO YOU CHARGE THE BATTERY

CAN I CHARGE MY VW TOUAREG 2004 FROM UNDER MY HOOD?

162 views with 1 answer (last answer about a year ago)