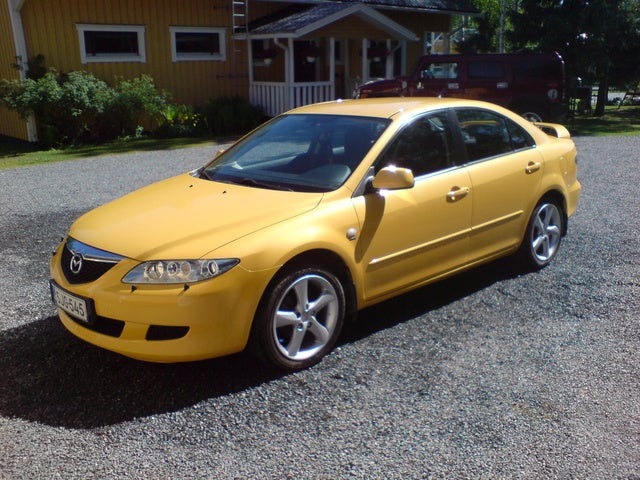 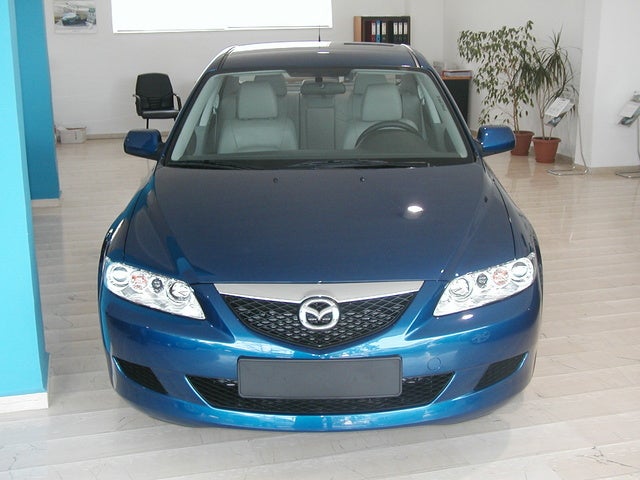 For 2004, Mazda added a wagon and two hatchbacks to its line of Mazda 6 sport sedans. Two engine options were available. Both a sedan and a five-door hatchback (with the "i" trim package designation) came with a 160-horsepower, 2.3-liter four cylinder engine. The higher-end "s" vehicles, including a sedan and hatchback as well as the new wagon, were powered by a 220-horsepower, 3.0-liter V6.
A five-speed manual transmission was standard across the line. A four-speed automatic was optional for the 6i sedan and hatchback, while a five-speed automatic was optional for the s-designated vehicles.
Standard features for the Mazda 6 sedans and hatchbacks included air conditioning, power windows, power door locks, a CD player, a lighted entry system, cruise control, a leather-trimmed steering wheel, and a keyless entry system. The s-designated sedan, hatchback, and wagon added four-wheel anti-lock brakes, traction control, audio controls on the steering wheel, and alloy wheels. A sunroof and power seats (for the sedans) were among the options.
Generally, drivers gave the Mazda 6 sedans, hatchbacks, and wagon high marks, citing the cars' styling, performance, handling, sportiness, and value as positive points. Fuel economy for the vehicles was noted as a sore spot by some drivers, but for the most part any negative comments concerned relatively minor repairs or problems.

Users ranked 2004 Mazda MAZDA6 against other cars which they drove/owned. Each ranking was based on 9 categories. Here is the summary of top rankings.

Have you driven a 2004 Mazda MAZDA6?
Rank This Car

AT (AUTOMATIC TRANSAXLE) LIGHT ON

THE AT LIGHT TURNS ON AFTER 2 MINS OF DRIVING, WONT SHIFT AFTER 2ND GEAR AND AT THAT POINT WONT ACCELERATE ANY INSIGHT WHATS THE PROBLEM?

When car is in drive the rpm's rev up and the car wants to take off. I press the breaks and it just goes.