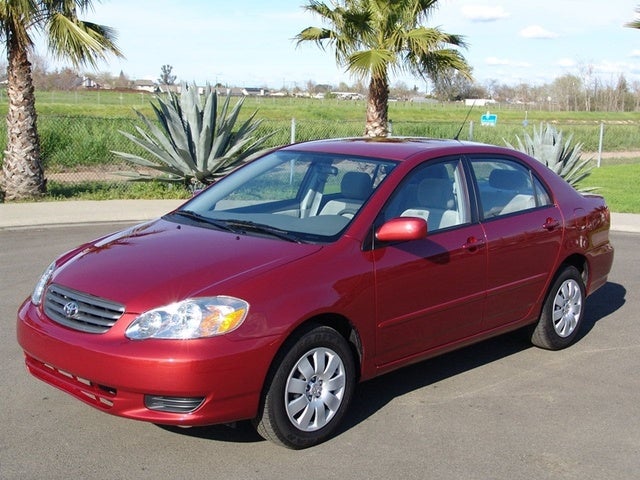 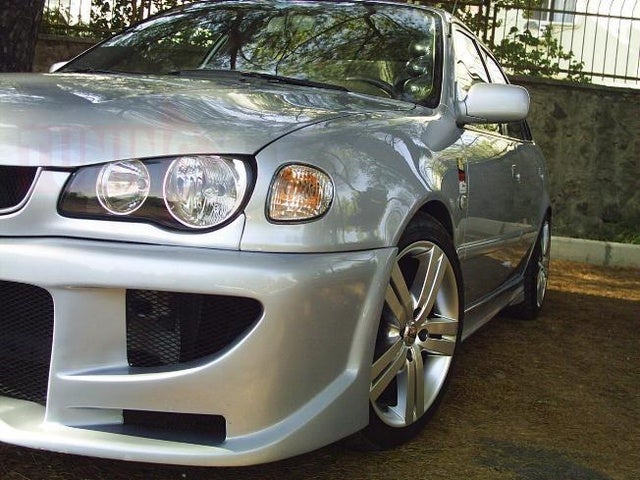 The Toyota Corolla was redesigned for the 2003 model year, and the new version was significantly larger than its predecessor and looked closer in appearance and size to its big brother the Camry than ever before. The biggest improvement was to the interior, which no longer screamed "economy." The dash was redesigned to be ergonomic, the seats were made more substantial, and even the base level came with a CD player and air conditioning.

The 2003 Toyota Corolla carried over the aluminum 1.8-liter four-cylinder engine from the previous year, but this time it was upgraded to 130-horsepower. Fuel economy was about 28-40 mpg. The 2003 Corolla came in three trim levels, staring with the base CE. The sporty S came with identifying features such a spoiler, larger tires and integrated fog lights, along with interior features like a leather-wrapped steering wheel and gear shift knob. The top-of-the-line LE came with high-end features like remote keyless entry and faux-wood accents.

Owners of the 2003 Toyota Corolla find that it offers a smooth, quiet ride, excellent gas mileage, and the security of the Toyota reputation. Some drivers still find the interior to be too small, and many recommend upgrading the tires.

What's your take on the 2003 Toyota Corolla?

Have you driven a 2003 Toyota Corolla?
Rank This Car

my lights come on automatically when the car starts, there must be some way to turn the lights of with the car running ??? any help or advice is greatlty appreicated

I Have A Rough Idle How Can I Fix It?

Ok, I have a rough idle on my Toyota Corolla 2003 but, only when is in operating temperature or warm, when is cold it idles fine. It looks like the rough idle is worst when is in reverse or drive ...

How Can I Fold The Rear Seats In A Toyota Corolla 2003 CE Model?

I noticed that the S model has to lever on the trunk which you pull and the seats fold down but in the CE model there is no such thing.