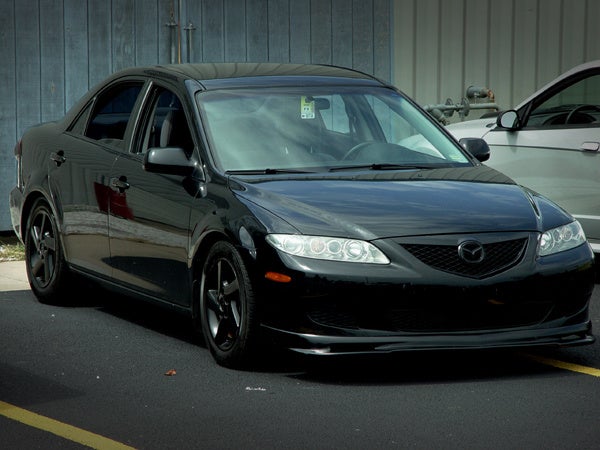 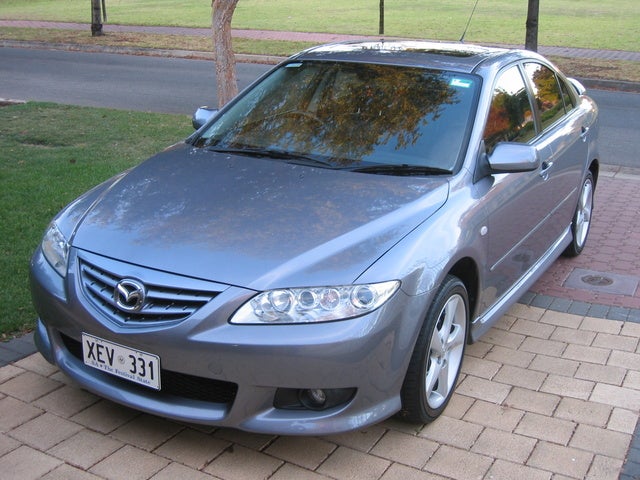 Rather than introduce another typical sedan to replace the 626 and Millenia mid-size sedans in 2003, Mazda decided to go sporty. The result was the Mazda 6, a sport sedan that was not only more powerful than the cars it replaced, but also sleeker in design and more nimble over the roads.

The four-door Mazda 6 was available in two configurations for 2003. Under the hood of the base 6i sedan was a 160-horsepower, 2.3-liter inline four-cylinder engine (offering 35 more horsepower than the four-cylinder engine in the previous year's 626 sedan). Stepping the power level up a notch was the Mazda 6s sedan, which was equipped with a 3.0-liter V6 that pumped out 220 horsepower (up 55 horsepower from the V6 in the previous year's 626).

Generally, drivers liked the Mazda 6's handling, acceleration, sporty suspension, and styling. A few drivers reported having problems with the cars, but those drivers seemed to be the exception rather then the rule, with most reporting little or no problems with the car.

yvonne Looks sporty, all black wheels, either the I or s both good cars, good year. Black

Have you driven a 2003 Mazda MAZDA6?
Rank This Car

Engine Surge & Not Returning To Idle When Slowing Down

I have a 2003 Mazda 6 4-cylinder automatic. A few days ago it started doing a couple of odd things. First, when slowing down (as to a stop light) the engine rpm SOMETIMES doesn't drop to idle as I a...

my car was overheating so i changed the head gasket and replaced the water pump which was bad damaged, however the car mixed water and oil before change of the former and now its mixing oil and cool...

Car had a rough idle when you would start it and then one day it just wouldn't start I changed the camshaft crankshaft sensors coil pack spark plug wires and spark plugs it is getting fuel and c...

2003 Mazda6 Loss Of Power When Accelerating

I have a 2003 Mazda6i that is very well-maintained and has about 130000 miles on it. Recently, I have been experiencing a loss of power when accelerating on the freeway. It seems like that it is tak...

I have a 2003 Mazda 6 which makes a noise after driving for a few miles. The noise is both creaking and rattling. But it only happens after being driven a few miles.