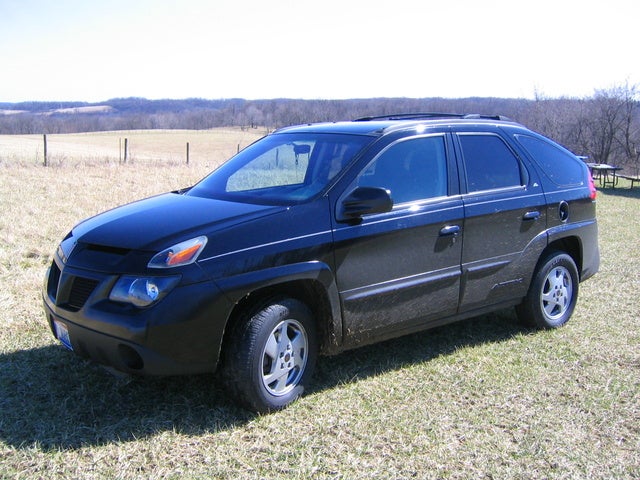 CarGurus has 23 nationwide Aztek listings and the tools to find you a great deal. 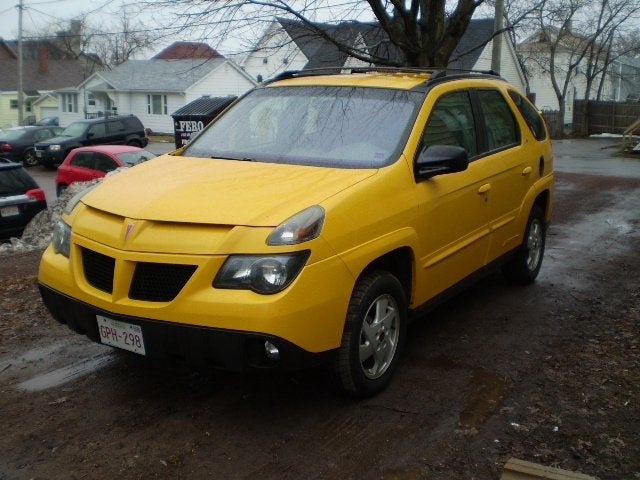 Perhaps it was the odd styling. Or perhaps it was its unfortunate association with the off-putting Richard Hatch, who won one on the first season of Survivor. Whatever the reason, the Pontiac Aztek crossover wagon did not exactly heat up the market when it was introduced in 2001. The 2002 Aztek makes a few cosmetic changes to try and convince drivers to look beyond the surface.

For the 2002 Pontiac Aztek, the GT trim is dropped. Only a base model front-wheel drive and all-wheel drive wagon are available, both with a 3.4, 180-hp V6 and 4-speed automatic. The Versatrak AWD system is designed to distribute power only as needed, in an effort to be more fuel efficient, and it adds little weight to the Aztek. Though marketed towards adventure, the 2002 Aztek is not built for off-roading. Inside, the removeable console/CD holder/cooler is now standard on both wagons. Various packages add many options, such as heated leather seats, a sunroof, power seating, a heads-up display, roof rack, keyless entry, OnStar, and traction control. The 2002 Aztek seats five, but seems more designed for functionality, with many storage compartments in the trunk, removeable seats, an optional cargo tray, fold-down tailgate, and optional tent/mattress package. Owners report they can fit more cargo in the Aztek than in an SUV.

The most controversial aspect of the Aztek is its souped-up hatch appearance. Neither SUV nor wagon, it is easy to spot in crowded parking lots. Pontiac tried to temper that a bit by replacing the black-clad bumpers and moldings with body-color ones. It still is a big downside for owners, but they seem willing to live with curious stares in exchange for the 2002 Aztek's great handling and manueverability, good fuel economy, comfortable seating, and quiet ride. The cockpit dash is easy to access, and owners love the storage capability and the standard cooler. Biggest complaints are on the reliability of the Aztek, which has many problems, most notably with the A/C condenser. Engine power seems weak, especially up hills, and the hatch is heavy and doesn't release automatically with the one-touch button. The Aztek also depreciates quickly in value.

Have you driven a 2002 Pontiac Aztek?
Rank This Car

CarGurus has 23 nationwide Aztek listings and the tools to find you a great deal.

How To Reset The Security Code On It

How do I cancel any dashboard lights?

I Have A 2002 Pontiac Aztek My Rear Hatch Will Not Open When You Put Key In...

rear hatch will not open when you push button makes noise like it wants to open if you put key in hatch same thing ive checked the fuse all good and checked number 28 all good under sit is connected a...

My Battery Light Keeps Coming On In My 2002 Aztek. The Battery Was Replaced...

I Have A 2002 Pontiac Aztek And Ive Checked The Fuses And Even The Fuse Und...