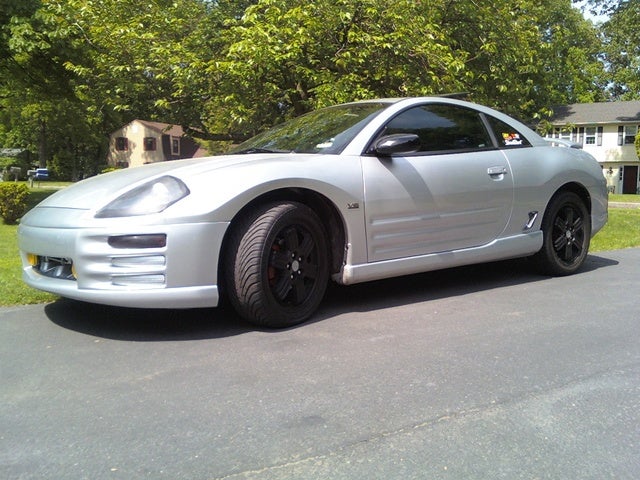 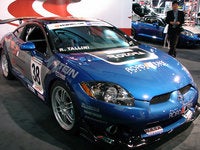 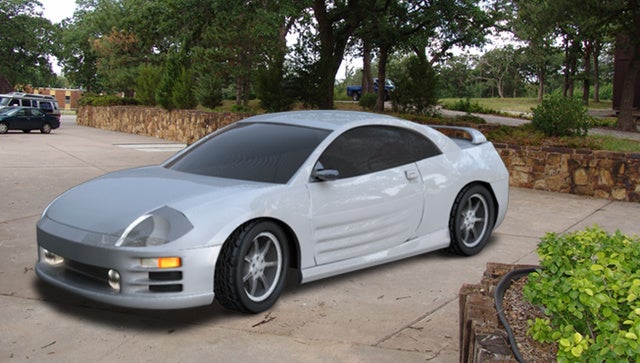 After a year of significant revision, the Mitsubishi Eclipse returns with minimal change for 2001. Highlights this year include a standard rear spoiler and child seat anchors.

The trims levels are unchanged in 2001. Buyers may choose between the base RS, the mid-level GS or the powerful GT. Alloy wheels, air conditioning, a CD audio system, power window and power door locks are standard across the board.

The new Eclipse lineup does not offer a turbocharged or all-wheel drive variant. The RS and GS are both powered by a 2.4 liter inline four, producing 154 horsepower and 163 pound-feet of torque. The GT upgrades to a 3.0 liter V-6, which delivers 205 horsepower and 205 pound-feet of torque. All models are available with either a five-speed manual or a four-speed automatic, but the GS and GT get a manual shifter. Fuel economy is estimated at 23/31 mpg with the four cylinder and 20/28 mpg with the V-6.

The Eclipse has been praised by consumers for its durable engine and transmission, stylish interior and exterior, strong fuel economy, reliability, and the Infinity audio system. Several reviewers tout the Eclipse ride quality and handling as class-leading, but uneven roads can cause some noticeable intrusion.

Owner complaints include a lack of interior room, both headroom and in the backseat, and a lack of power in the four-cylinder models.

What's your take on the 2001 Mitsubishi Eclipse?

Barbara Want to know about the convertible

Have you driven a 2001 Mitsubishi Eclipse?
Rank This Car

NEW FUEL PUMP IS NOT TURNING ON FOR MY 2001 MITSUBISHI ECLIPSE 2.4L

I just bought a new fuel pump for my 01 eclipse. Now I put everything back together like it was and put the key to the on position to see if at least the pump turns on, but I didn't hear any h...

363 views with 6 answers (last answer about a year ago)

Why Will It Not Start?

I just replaced my harmonic balancer and both belts on my 2001 eclipse gt 3.0 v6 it ran fine for 2 or 3 days no it will crank over but not start what could be the problem

2001 Mitsubishi Eclipse Will Turn Over But Will Not Start With Like To Know...

01 Mitsubishi Eclipse will turn over but will not start