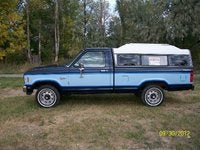 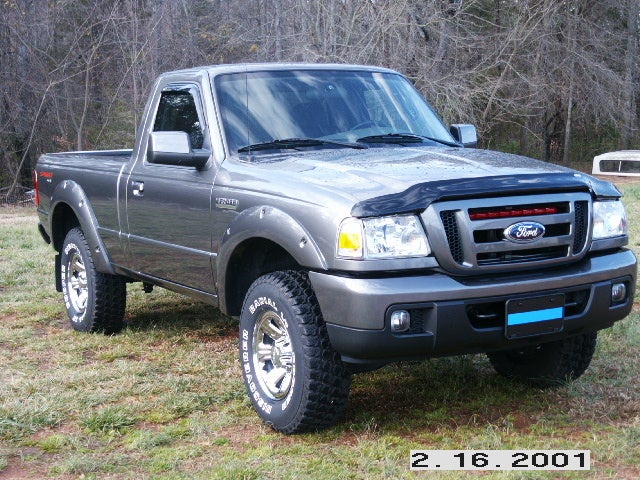 The 2001 Ford Ranger continued its reign as the hottest selling compact pickup truck in the US. An exterior redesign for the '01 model year gave the new Ranger a more intimidating appearance, with a big-shouldered front end and sturdy new side flares. This incarnation of the Ranger looked a lot closer to its roots in farm and ranch, borrowing design cues from the F-150.

Three trims were available for the '01 Ranger: XL, XLT, and the new Edge trimline. The Edge trim, a sporty monochrome styling aimed at younger drivers, featured interior and exterior touches that mirrored some of the ways tuners had customized earlier Rangers. XL, the entry-level trim for the 2001 Ranger, offered plenty of comfort; XLT added some interior touches, as well as incorporating options like power windows and mirrors. Bodystyles available were Flareside and Styleside; cab configurations offered were two-door Regular Cab, and two- and four-door extended cab SuperCab.

Guru9DWGV my 2001 3.0 V6 ranger is 16 years old now. Bought it used, had 11,000 miles. now it's got 156,000 miles. transmission died around 86,000 miles. not sure why I never dogged it or hauled much, never towed anything. floor board is rusting now has a hole in it. upper ball joints just got replaced. been thru 2 radiators in the last year. new trans shift tube and shift lever pin. new fuel pump at 147,000 miles. new ujoints at 128,000 miles. 2 water pumps in the last two years. it goes thru brakes like no vehicle I've ever had. lots of sensors gone bad: tps sensor, oil pressure sensor, DPFE sensor, EGR pressure sensor. I loved this truck but it just seems to be falling apart now. I put under 12,000 miles a year on it. hard to admit its time to trade her in, and I've always bought FORDS but maybe not this time for the first time in my 35 yrs of driving.

Have you driven a 2001 Ford Ranger?
Rank This Car

Starts with starting fluid but dies there after. Help

I got a 2001 ford ranger. And the bed is not so good, what years can I use to replace the bed?

2001 ranger xlt. front differential will not disengage. when I take it out of 4 wheel, the transfer case does disengage. However, the front driveshaft remains spinning. My mpg have dropped by about 3 ...

2001 Ford Ranger XLT Randomly Acts Like Out Of Gas And Dies... HELP

Okay so my 2001 Ford Ranger XLT has an issue where all the sudden it just acts like it's running out of gas and dies if I leave it sit for a little bit if it'll start again maybe... I'm just an old...