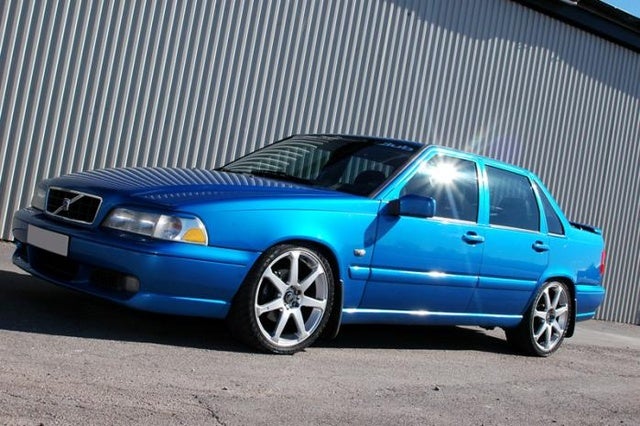 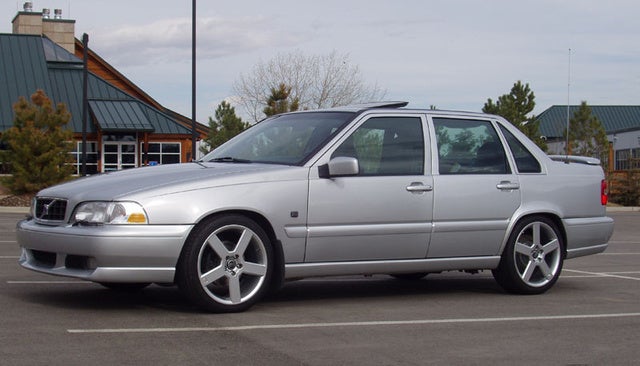 It's only a coincidence that the the Volvo S70 was discontinued after the first model year following Ford's acquisition of the Swedish automaker. Initial fears that Ford ownership would result in a quality decline were unfounded; in fact the reputed Volvo quality seemed in many ways to permeate into the Fords instead.

The 2000 S70 earned 5 stars in the NHTSA's frontal crash test for both the driver side and the passenger and 4 stars for the side-impact, thanks to the standard-equipment airbags.

Of course, the side-impact protection is a hallmark of the Volvo name, and this year's cars also boast improvements in the seat belt pretensioners, making the riders' safety net even more responsive. Another wonderful new feature is the WHIPS (whiplash protection) system, which moves the headrests and seatbacks slightly backward when the vehicle is hit from behind. Now that's a bit of Swedish genius. And when you also figure in the standard ABS and traction control, it all adds up to a vehicle you can trust to shield you from harm.

J.D. Power lavished 5 stars onto the 2000 Volvo S70 for its body and interior quality and 4 stars for its performance, mechanical quality, and creature comforts. User opinions widely praise its safety features and workmanship as well as its reliability, handling, responsiveness, and comfort, although a few kvetched that the backseat could be roomier. Others had a thing or two to say about the cost of maintenance, but hey, you can go back to that Escort you drove in college if the occasional repair bill bugs you.

In addition to the aforementioned safety features, the S70 includes as standard equipment air conditioning and power doors and locks; it is considered a luxury car, after all. And in this crazy world of today, feeling safe on the road is a luxury indeed.

My Front Windows Go Down But Won't Go Back Up. All The Other Windows Work O...

My front windows went down but will not go back up. The electric door locks work intermitently

My volvo can drive just fine if I am in town and going a short distance. If it is running for more than 25 minutes it starts idle extremely rough. Once this has happened, I get little, to no, respon...

shift light is blinking, car will not move in drive, will move in 3rd or 4rd only, can shift into park or rev. after getting to 24 mph I put in drive, no change put did shake a little. Does anyone kno...

Car started fine and had a fender bender..and started fine after wreck..sat for 1 year ..everything seems to work fine ..battery was dead..I jumped it and turns over fine..I don't hear fuel pump and...