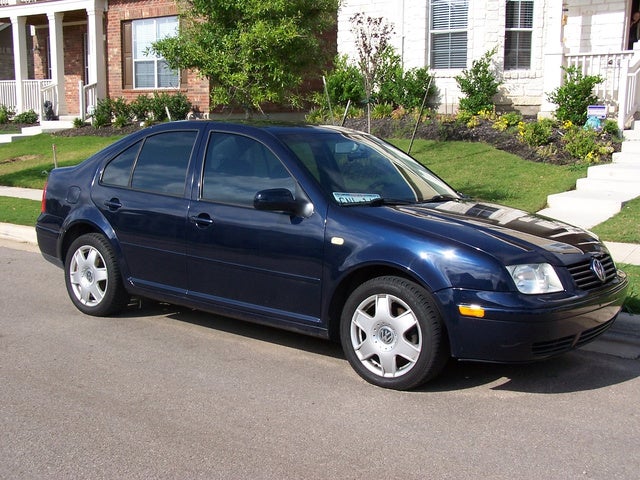 A new engine option was among the upgrades made to the Volkswagen Jetta for the 2000 model year. The 1.8T, which was available as an add-on to the four-door Jetta GLS trim package, was a turbocharged 1.8-liter, 4-cylinder powerplant that generated 150 horsepower. It joined three other engine options offered for the Jetta in 2000 -- a base 115-horsepower, 2.0-liter 4-cylinder gas engine; a 90-horsepower 1.9-liter diesel engine with the TDI (turbo direct injection) feature; and a 174-horsepower, 2.8-liter V6 for drivers who wanted a bit more power under the pedal.

In addition to the GLS with the 1.8T engine, trim packages included the four-door GL (gas engine) and GL TDI (diesel engine), the four-door GLS with the base 2.0-liter gas engine, the GLS TDI (diesel engine), and two packages with the V6, the GLS and the GLX. All Jetta trim packages for 2000 came with a five-speed manual transmission as standard equipment. A four-speed automatic was available as an option.

Drivers gave positive marks to the Jetta's handling, acceleration, value, safety features, braking, and reliability, though some noted that the car's fuel economy wasn't as good as its competitors'. Some drivers noted problems with the car's "fit and finish," such as its exterior trim and interior plastic parts. Cup holders were noted by several drivers as being less than durable.

What's your take on the 2000 Volkswagen Jetta?

Users ranked 2000 Volkswagen Jetta against other cars which they drove/owned. Each ranking was based on 9 categories. Here is the summary of top rankings.

Have you driven a 2000 Volkswagen Jetta?
Rank This Car

818 views with 7 answers (last answer about a week ago)

How To Fix My 2000 Jetta Power Mirrors

My power mirrors and defrost are not working in my 2000 jetta gls. Is there a fuse or relay for these? i cant seem to locate them.

My key is stuck in my ignition. It turns on fine. But won't go back to come out please help

Volswaggen Jetta Crank But Turns Off

hey i brought a 2000 volswaggen jetta 2.0 and the oil pan went out but i put it back after its been sitting for 6 months it will crank but not start i checked spark pump injectors and it still won'...

I have a 2000 VW Jetta that won't go into any gear. The car is an automatic, but it has been sitting for about 6 months because I've been out of state. The battery needs to be charged but I don't kn...