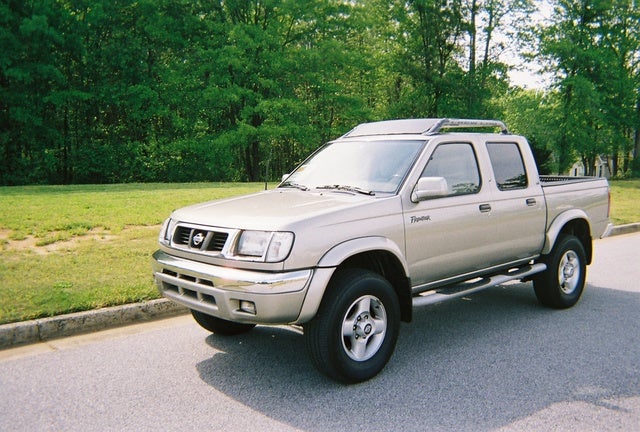 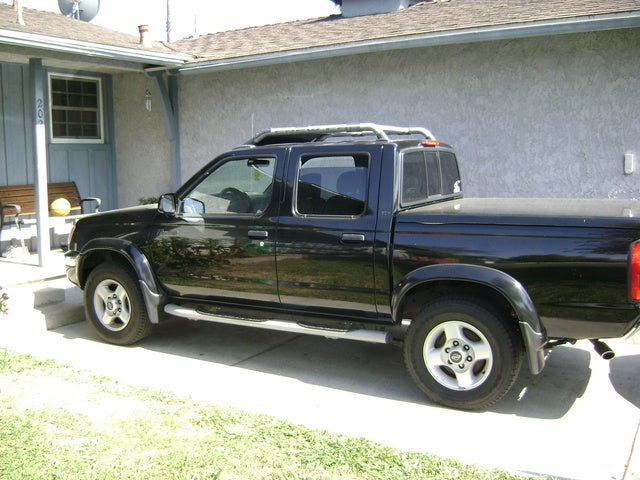 The 2000 Nissan Frontier saw a few important changes from the previous model. First, Nissan began to offer the Crew Cab, which featured a rear bench seat (instead of the inward-facing jump seats in the KingCab) and independent rear doors. Another new addition was the Desert Runner, which was a 2WD King Cab built on the higher 4X4 chassis.
The 2000 Frontier comes in three trims: the Desert Runner, the midrange XE, and the fully loaded SE. The three trims came in a variety of body styles, including an extended cab (KingCab), the Crew Cab, a short bed, 4WD, and a regular cab. Most Frontiers, except the Crew Cab came standard with a 2.4-liter, 143-horsepower four-cylinder engine that gets about 20/24 mpg in the standard cab and 18/21 for the extended cab. The Crew Cab came standard with the .4-liter, 170-horsepower V6, which got 15/19 mpg and which was optional in the KingCabs.
The Crew Cab proved to be popular with 2000 Frontier purchasers, who loved the extra passenger room and for the most part did not miss the lost bed space. Overall, drivers appreciate the reliability and the good value of the truck. Some drivers complain about the fit and finish of the interior and say that the four-cylinder is not powerful enough.

What's your take on the 2000 Nissan Frontier?

Have you driven a 2000 Nissan Frontier?
Rank This Car

In April, my mother got into our Nissan Frontier, which was parked at a supermarket parking lot and ended up in a collision with 2 parked vehicles! Her story of events were that the car would not st...

the drivers headlight on my truck went out and i checked the bulb it works good.the fuse is good but i cant get one headlight to work on my 2000 nissan frontier truck

I have a 2000 Nissan Frontier XE that has been going through the California smog test hell hole currently. A few months ago the CEL threw a P0400 code. I got it checked and turned out there was a clog...

I have a 2000 Nissan Frontier 4x4 pickup truck, it is a manual transmission. Just started today, When i put it in any gear the RPMs go up to about 2,000. I asked my mechanic and he said he's never s...

When locking the door on Frontier 2000 with the remote control light is flashing, but security horn do not sound.