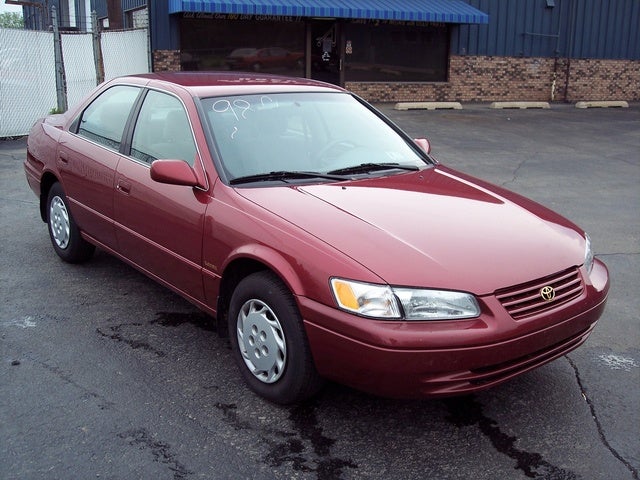 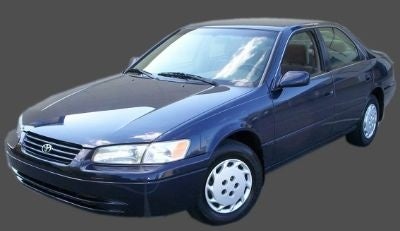 The Toyota Camry was little changed for the 1998 model year, since it has just gone through a total overhaul the year before. The most significant changes included the availability of side-impact airbags in all models and an improved anti-theft system.

The 1998 Toyota Camry came in three trim levels: the base CE, the midlevel LE and the higher-end XLE. All came standard with a four-cylinder, 2.2-liter, 133 horsepower engine and were available with a V6, 194 horsepower engine. Fuel economy is about 20 to 30 miles per gallon, depending on the engine.

The Toyota Camry was once again the top seller for 1998. Once again, major complaints about the 1998 Toyota Camry include a lack of power, especially with the four-cylinder engine, and a bland, conservative look. Drivers are enthusiastic, however, about the Camry's value, noting that a Camry has the same mechanisms as the Lexus ES without the high price tag.

6shamsul I bought a used 1998 Camry in 2008 four cylinder with 289,000KM(179,000Miles). It had a oil leak which i fixed last year (oil pump seal, and other seals). Also i did some exhaust works few times. It takes too much gas city driving and reasonable gas mileage on high way. This car is recommended only if someone driving on the highway. The car is also under power. I have owned or my family owned toyota all the time. This model is not recommended.

Guru95P3T I own a 1998 Camry XLE V6 and it is a gem with over 100,000 miles it keeps running like it was practically new. I just changed the tires for a little more expensive tread and it grips the road like you would not believe. Has manual Over Drive to turn off and on when needed. I keep it maintained, oil change every 3K miles and still getting close to 30 mpg.

GuruSB1PX 1998 Camry LE 300,000 miles kept up with basic maintenance have replace a few worn items that showed up at 285000 car rides solid quiet safe comfortable and handles with zip and beauty .Body like new considering its age. Think its a keeper! getting classic plates this year.

jamash I acquired a 1998 Camry with a blown engine. I am trying to get a replacement engine, but the salvage yard won't give me a price until I can tell them if I need CA emission or federal emission engine. All the stickers in the engine have been removed and the drivers side door says nothing about emissions. Is there anyone that can help me with this?

Users ranked 1998 Toyota Camry against other cars which they drove/owned. Each ranking was based on 9 categories. Here is the summary of top rankings.

Have you driven a 1998 Toyota Camry?
Rank This Car

16 views with 2 answers (last answer about a week ago)

I need to know cost and exactly what parts would I need.

Was driving the car on the highway when all the sudden the engine lost power. Everything in the car was still on and the radio was still going but pressing on the gas gave me no power. I gradually c...

What's A Fair Price To Change The Rear Motor Mount On My American Made 98 C...