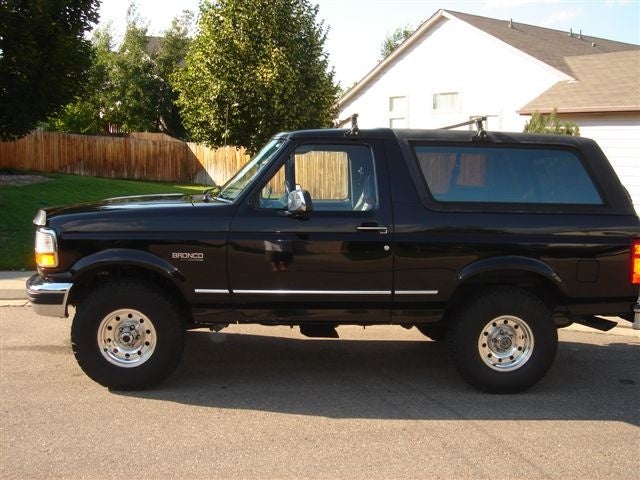 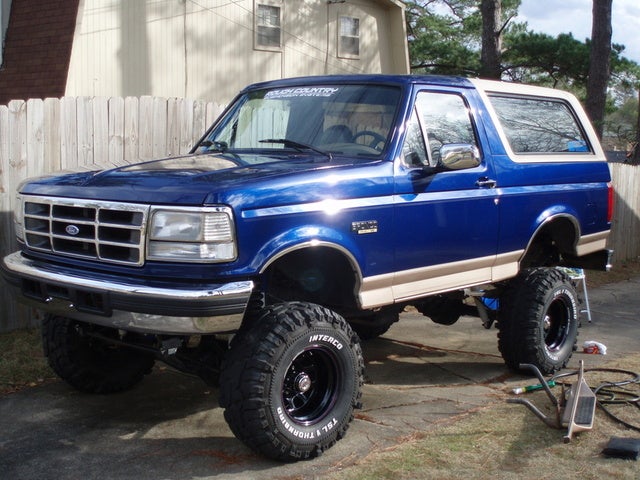 The 1996 Ford Bronco was the last of its line produced with the exception of a concept car that made an appearance at shows in 2004. The Bronco would give way to the Expedition.

The Bronco would go out in style, with an available TV and VCR available for its top trim (the Centurion) for its final model year.

The Bronco remains a favorite of off-road enthusiasts and tuners alike, even after a decade out of production. There's much to love in the '96 Bronco; its Twin Tractor Beam suspension, high ground clearance, and solid 4-wheel drive make it much better at taking on tough off-road terrain than a lot of later 4x4 vehicles.

People looking for a project find the Bronco to be a great base for experimentation; its two-and-a-half tons of solid Detroit steel mean you can jack it up or low-ride it to your heart's content and still have a rugged, durable ride.

Yes, it's basic, boxy, and a little bouncy in the interior, but that's part of the Bronco's charm to many drivers. Even after all the fancy SUVs that have succeeded it, the 1996 Bronco remains a popular American classic.

Richard I need one - where can I get one. I plan to weld protection bars around it, so the next guy that hits me doesn't walk away alive.

Clay broke 5 u-joints in one year

Have you driven a 1996 Ford Bronco?
Rank This Car

I am looking at a seller who's selling a 1996 ford bronco, everything seems to look good, except a possible fuel pump and i can deal with that later. The price is 6,000 and may be able to go down t...

How Do You Put A Vehicle On Your Website For Sle

Why Won’t My Bronco Start

1996 bronco wants to start but won’t, has full tank of gas and I just had fuel pump replaced about a month ago.

I have a 1996 Ford Bronco XL and every time I go to start it, it just clicks and shuts off. Whenever I turn the key to the on position, all electrical components come on; lights, gages, radio, etc....

my bronco periodically dies and then takes a few minutes before it will start. I just changed the fuel pump but it is still doing it.