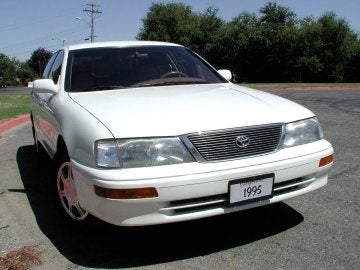 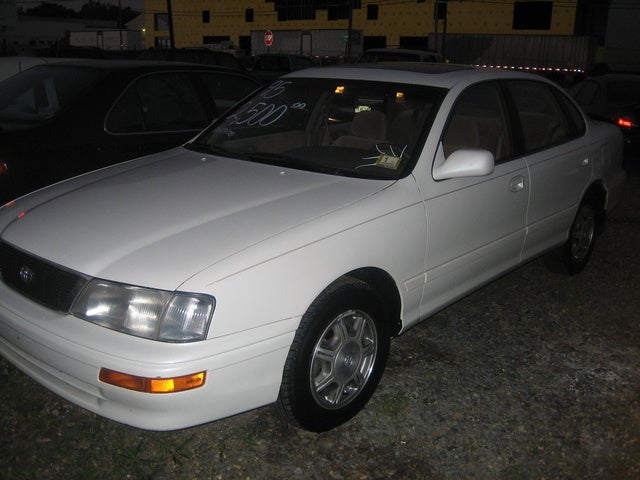 The Toyota Avalon was introduced for the 1995 model year as a replacement for the discontinued Cressida. Based on the Camry platform, the Avalon was much larger than the best-selling sedan, and was marketed to a more upscale clientele. The 1995 Avalon was meant to compete with big American cars like the Ford Taurus and the Dodge Intrepid. The 1995 Avalon is known for its spacious interior and has Toyotaâ€™s typically conservative styling.

The 1995 Toyota Avalon comes in two trim levels, the XL and the more luxurious XLS. Both trims come standard with a 3.0-liter, 192 horsepower V6 engine. The XL is nicely equipped, including an AM/FM/cassette sound system and cruise control. The XLS includes a few more niceties, like an upgraded sound system, alloy wheels, and a theft-deterrent system. Fuel efficiency is 20/28 mpg.

The 1995 Avalon is popular among drivers for its roomy interior, smooth ride, excellent handling, and high-end appointments. Some drivers even compare it to driving a Lexus. However, many owners complain about excessive wind noise, and some say the styling is a little bland.

Users ranked 1995 Toyota Avalon against other cars which they drove/owned. Each ranking was based on 9 categories. Here is the summary of top rankings.

Have you driven a 1995 Toyota Avalon?
Rank This Car

Yolanda P6 minutes agoAutomatic Transmission Conversion I own a 95 toyota avalon XL, 3.0, automatic 'floor shift', that has a bad transmission. Can i convert and replace transmission with a 95 ...

I want to replace inside driver side door handle. How to open door when outside and inside handles are broken 1995 Toyota Avalon

Where Is The Window Fuse For A 1995 Avalon