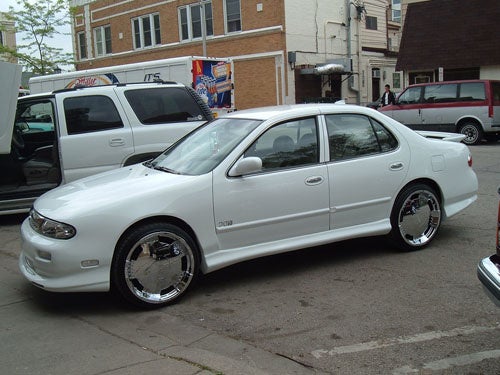 The Nissan Altima was introduced in 1993 as a replacement for the Stanza. In fact, for its first year the car's official name was the Stanza Altima. The Altima stared life as a compact car and slotted in between the Sentra and the Maxima in terms of size, amenities, and power.

The 1993 Altima came in four trim levels: the base XE, the midrange GXE, the sporty SE, and the luxurious GLE. All Altimas in the lineup shared a 2.4 liter, 150 horsepower four cylinder engine. Fuel economy is 21/29 mpg.

Drivers largely speak highly of the 1993 Altima, saying they are very dependable and had plenty of pickup compared to similar cars of the same era. Some drivers complain that the car is too small for taller people, and a few have had many electrical problems.

Have you driven a 1993 Nissan Altima?
Rank This Car

Where Is The Fuel Pump Located?

Car Turns Off While Driving

My 93 Nissan Altima turned off while I was driving twice in 5 days and when I parked, it turned on with no problem. It did the same thing today but wouldn’t turn back on. I went and had the battery...