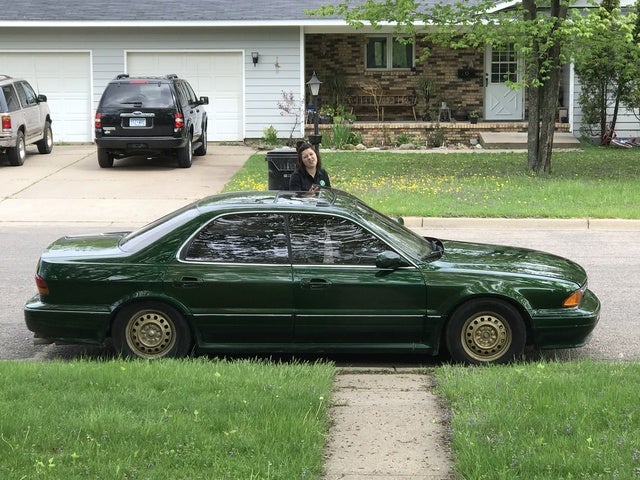 Have you driven a 1993 Mitsubishi Diamante?
Rank This Car

My God's Gift By Joshua

Loved This Car When I Got It Never Gave Me Trouble And Always Moved When I Needed It To. By Dominick

i loved that the car handled so well on roads with sharp turns and bumps. only thing i dislike about the car is the black interior but thats it nothing else really. Feels incredible really is amazing ... Read More

I Love And Highly Recommend The Mitsubishi Diamante By Premier

i absolutly LOVE this car...I have no complaints! It has great pickup, it is super sporty, and has a lot more inside room compared to the LS model. This is my 3rd Diamante and won't be my last lol Read More

Love my 95 Diamante but it has had problems with overheating over the years. Be sure you can get parts for repair; I cannot. Read More

Wasn't My First Choice, But It Is A Really Good Car. By 1st_Mitsubishi

This car has great styling. Good power off the line and if you need to pass at highway speeds. Interior is roomy and very comfortable. I like to do work on my vehicles but this car is really diffic... Read More

Too Bad They Quit Making This Model. By hisprovision

This vehicle is has super acceleration and is really smooth. Gear change is never noticeable. It is unbelievable how nice this car still is. Back seats are spacious. Cup holders are abundant. The... Read More

This Car Is The Best Of Both Worlds, Good For Commuting And To Have A Fun Day At The Tracks By Robert

I'm not gonna lie this car is a beast, acceleration is awesome, corners well, braking is great, spacious in side and has great mileage even for its powerful engine and for a sedan its incredibly light... Read More