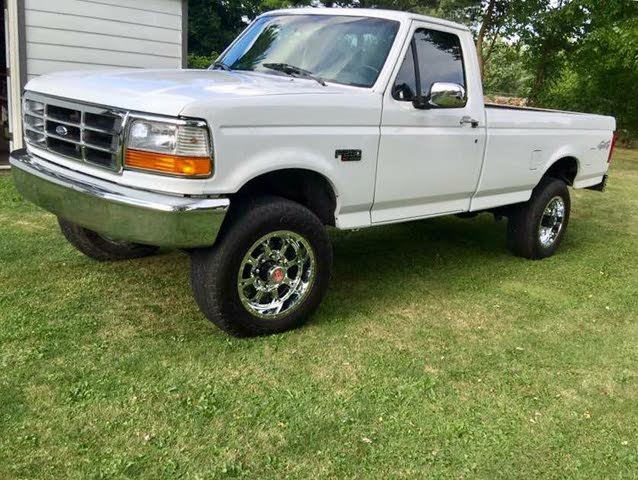 Performance aspect of this truck is great all around, the 5.4 L V8 has enought horse power and torque to pull just about anything, acceleration is quick and smooth, handles surprisingly well for a lar... Read More

Nice truck, 21 MPG and 280 HP engine. Love the look and the fact it has backseats although a little small. Short bed is short but plenty of room for me. Good towing power and a blast to drive. Rice ... Read More

Great Truck To Own By Garrett

5.4 V8 So its got power to go, Towing capable to take a camper and bikes anywhere. Positracktion is a plus both tires spin instead of just one. Not the greatest on gas but not the worst on gas. Add... Read More

Like it if it has the 5.8 engine or the 6 cylinder Read More

its got a great diesel eng and 4x4 works awesome, auto tranny is great all around perfect truck. I have towed lots of thing with my f-250 ford and never had any troubles out of it, the 7.3 powerstroke... Read More

Does Everything It Was Designed To By seamac

Top of the line work truck from the 90s. 7.3 was the best deisel ever built bullet proof and pulls like a train. Simple truck that's easy to drive with good visibility. Got a ton of character and simp... Read More

Overall, I really like this truck. I LOVE the smell of diesel! Works great for what I bought it for (to pull a travel trailer), and I do the maintenence myself, which helps on the cost. Could have use... Read More