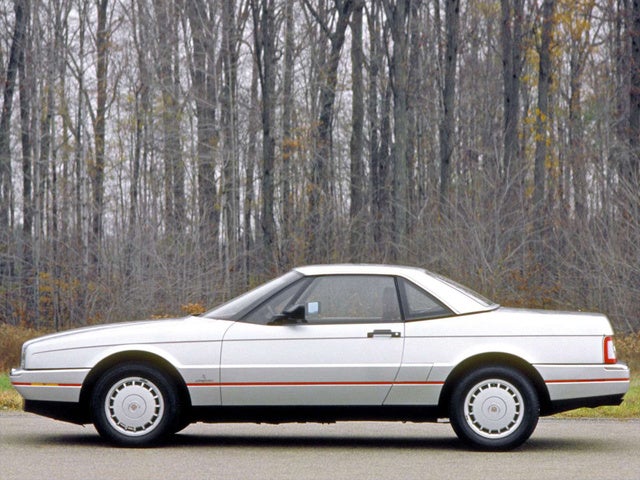 Have you driven a 1993 Cadillac Allante?
Rank This Car

Many of the features are over 30years ahead of its time. The Allante is missing NOTHING. The Cadillac Allante is in a class by itself. There isno automobile to compare it to. Read More

No hardtop, I thought it was over priced ! Read More

I have owned 3 Allntes and loved every one of them. Read More

The handling in this car is so much appreciated, there is plenty of power delivered from 200HP. When I drive this car I feel good about driving! The car was designed in Italy and delivers a world clas... Read More

Run Away If You See One For Sale !! By CadEman4u2_

This car is a True Money Pit. Scary to Drive, stay off the freeway, unless you have a deathwish. I am not alone, interviewed 3,462 other, and former owners, and all say the same thing,"Run Away, if ... Read More

Looking for a Used Allante in your area?

Have you driven a 1993 Cadillac Allante?
Rank Your Car →