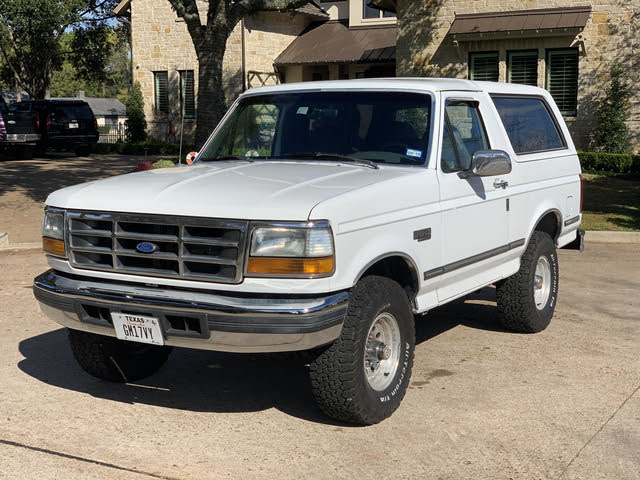 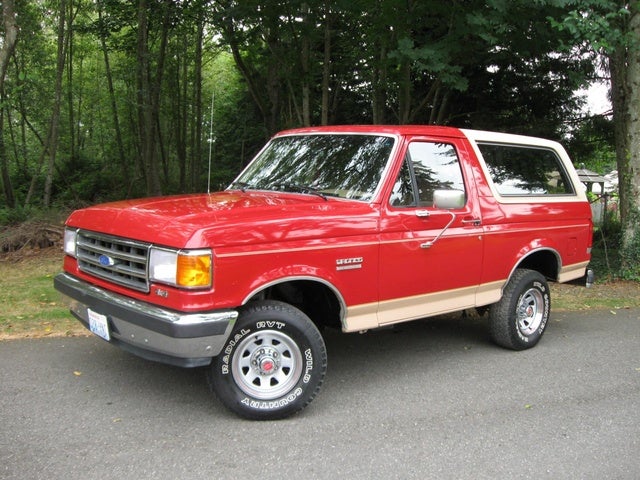 The 1992 Ford Bronco retained its appeal to drivers looking for a rugged two-door off-road utility vehicle. Even though the SUV market had not yet taken off, there were plenty of buyers out there looking for the sturdiness, cargo capacity, and roomy interiors of the workhorse Bronco.

A redesign wasn't targeted so much at the aesthetics of the '92 Bronco as at its safety features. Front crumple zones were a key element of the updated front end, and shoulder belts were added for the passenger seats.

By the standards of the later '90s, the entry-level Bronco XLT's cabin was pretty basic, but remember there's a reason why they called them 'utility vehicles'. The Eddie Bauer and Custom trims offered more frills on the interior; the Eddie Bauer also came standard with the 5.8 liter V-8 that was optional on the other trims.

Have you driven a 1992 Ford Bronco?
Rank This Car

466 views with 3 answers (last answer about a year ago)

Can I put 33’s on my bronco without lifting it

I have a 1992 Ford Bronco and the Speedometer is not working and it shifts hard. What could be causing that?

Replaced Starter Relay What To Check Next

Why Does Front Drive Shaft Stay Engaged In 2 Wheel Drive?