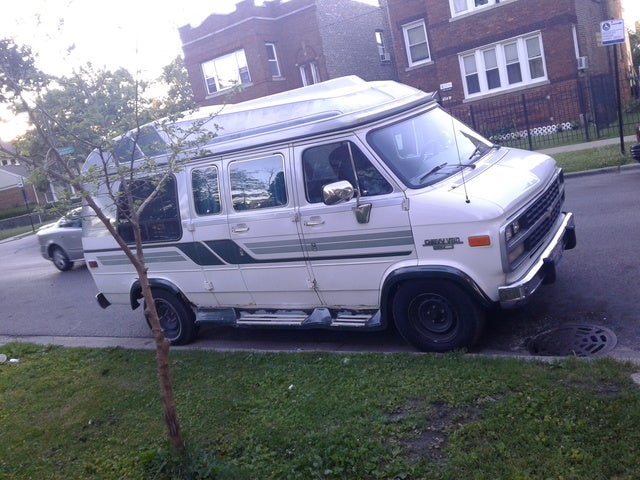 Have you driven a 1992 Chevrolet Chevy Van?
Rank This Car

I'll Get Another One When I Can By sdclark

great vans for working out of . I have had at least 4 vans and 4 trucks in the time I have been contracting . Loyal to the bow tie ! Keep em coming detroit ! Always looking for a newer odel to keep th... Read More

my first vehicle. and i am in love with it. its really comfortable to drive since i am a big guy. and its great to take road trips with it since the seat turns to a bed. i will never buy or drive anyt... Read More

it is very big and drives big, gussles gas, acceleration slow, has LOTS of power, upkeep is small, feels like a tank to drive! very high of the ground you look down on hummers! good for lots of passe... Read More

A solid workhorse of a van. Make sure you check and change the oil (and filter) regularly, as well as maintain the brakes. This should be done on any vehicle, especially older ones. I didn't rate t... Read More

This is the Party Van! My dad bought the van back in 1993 new and its been with us ever since. While not technically mine yet, I just took over as caretaker. The van is a G20 Chevy Van with a M... Read More

Looking for a Used Chevy Van in your area?

CarGurus has 20 nationwide Chevy Van listings and the tools to find you a great deal.

Have you driven a 1992 Chevrolet Chevy Van?
Rank Your Car →