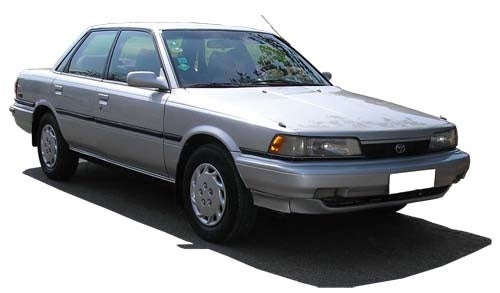 Average user score
4.3 ⁄ 5 stars
Based on 34 reviews
I Have Toyota Camry V6 Dx by mauiblue77 — my ex girlfriend gave me 1991 toyota camry.. she don't like toyota at all. so gave to me.. i start to like have toyota camry... drive alot.. travel lots.. i start to love my car alot dont have any pro... Read more
Love Those 91 Camry Wagons!! by Christi — This car hauls everything around with me & my boys. Once, it even hauled one of the old CRT 36" TV's - just put it in the back - no twisting or turning - it's like a truck in the back! One of the nic... Read more
Very Awesome Sedan by CIP4ME — The car was my first sedan. It was comfy, quiet, felt luxurious. Very dependable. I felt I could jump in it at anytime and cross the country without any trouble. It was great on gas, and easy to repai... Read more 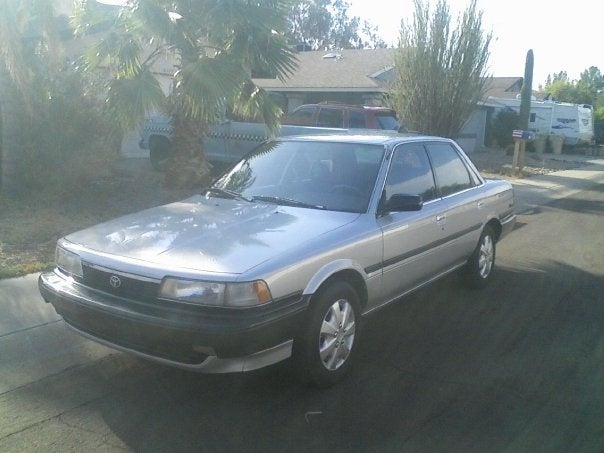 The only significant change for the 1991 Toyota Camry was the option of anti-lock brakes. The Camry was due for a complete redesign in 1992.

Drivers of the 1991 Toyota Camry speak very highly of their cars, whether they bought them new or used. Some complaints include the appearance of rust and slow-responding acceleration.

rayparr Superb tracking and turbo-like acceleration when the accelerator is pressed to the floor. Stable, tracks well and the back seat folds down to allow extra space for a heavy load.

Johnnydude Bought a used wagon in 2007. I drove from South Jersey to South Carolina, 500 miles, only used 3/4 tank of gas! That equals about 40 mpg! I found out it had an engine replacement when I replaced a CV joint. The original engine has a shorter shaft on the passenger side, mine is on the drivers side! This DLX model has overdrive and cruise control. Very dependable and strong. I was using it in California for living in and recycling for 10 years! I hauled over 1,500 in metal many times, with over 600 lbs. on the roof! It has dents now that I cover with two plywood boards! They help keep the sun off the roof! Much cooler! Put a full size refridgerator on the roof about 21 cubic feet! Amazing transmission for an automatic. Became sluggish on highway due to slow drive speeds in Sacramento. Went away after driving to New Jersey! The high speed freeway driving cleaned out the engine and exhasust including the converter! Most the highways out there are over 65, there are many 75 and 80 mph roads out there!

Have you driven a 1991 Toyota Camry?
Rank This Car

All of the sudden just guzzling gas

Maybe A Little More Onfo. I Flushed The Tranny, And Tried Sea Foam And Adju...

Crank Pully Moves When I Try To Take The Bolt Off

how to stop crank from moving while rmoving bolt

What Can I Do To Stop The Screech That Happens After I Turn On My Car?

My car is a 1991 Toyota Camry Dx. It has just started to make this loud, screeching noise after I turn on my car. The car is pretty old and worn down, and we’ve had to make numerous repairs on it ...