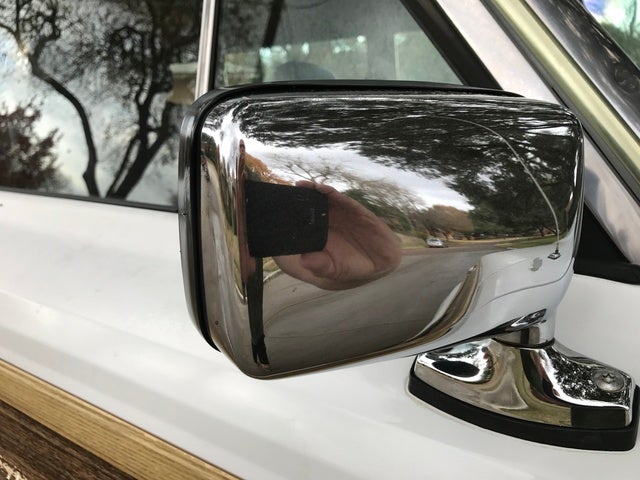 Have you driven a 1990 Jeep Grand Wagoneer?
Rank This Car

My Wagoneer By Chris

great engine and its still running almost 20 years after it was built and has great acceleration and ok fuel mileage for a V8 SUV getting about 18 highway its the top of the line for a 1993 so its ... Read More

The Grand Wagoneer Is A Head Turner, And Worth Any Cons It May Have! By Katie

If you love the Wagoneers, and you can find a good looking/running lower mileage one, there is no reason not to get it! They are fun to drive and the space is great. One does not buy this car nowadays... Read More

I grew up with a Grand Wagoneer and it's been a dream of mine to own one since my parents sold their when I was 6 years old. That was 17 years ago. On a whim, I decided to buy this despite being somew... Read More

My last car was a Mercedes GL for which I paid 80k dollars. This is way, way better. Nuff' said but this was the end of the era when style was more than just being acceptable to urban magazine write... Read More

With its classic looks, if you can find a good one, you will have many people stopping you to talk about the vehicle and reminiscing about there own past experiences with the Grand Wagoneer. It is a p... Read More

I love the look of the waggy and the ride. I love to drive it on long and short trips. It's hard to compare the experience to modern cars. Yes, it lacks a lot of modern conveniences and isn't as relia... Read More

I enjoy this car; it is not good on gas mileage but it is beautiful and I get lots of looks when I drive it. Good off roading and sturdy vehicle. Parts are expensive but some companies online speciali... Read More

Everyone Turns To Look At This One. By Jon

This is another icon in the garage and on the road. This Wagoneer is a late addition to the family garage. Have owned for aproximately four years and enjoyed the annual trip to the Christmas tree fa... Read More

Have you driven a 1990 Jeep Grand Wagoneer?
Rank Your Car →