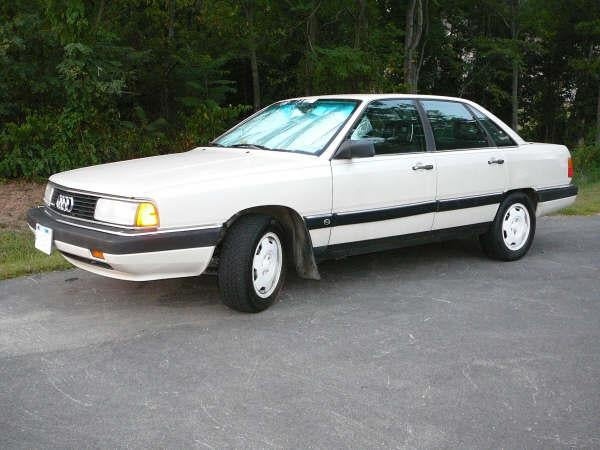 Great Car, Worth Everything That Gets Put Into It. By Garrett

Absolutely the most fun car to drive, but, like every car, it has its quirks, but those are easily dealt with. Acceleration is amazing with the 5 speed and turbo. The handling is great and it has a... Read More

it is a turbo quattro, so it gets up and goes, while giving you the ability to take it skiing, even has ski boot thing so you can put skiis inside w/ out getting the car wet. On th eelectronics end i... Read More

The Only Thing That Would Make This Car Better Is If It Was A Cs Quattro. By Tyler

Best car I have ever owned. It's got the classic European 80's car styling and great performance and gas milage with it's 5 cylinder engine. For a base model of a car this is a great car and well wort... Read More

it was not so bad for driving around town but the older it gets the more noisy it gets this is not a car for long trips unless you find one in pristine order. the fuel injection system is a mess since... Read More

Audi Has Come A Long Way.... By Carmen

...since this car came on the scene. Very beautiful car at the time it was on the road, but in the shop quite frequently. Still, it was a pleasure to take on long trips. Read More

While This was a comfortable car, it was EXPENSIVE to keep on the road. All sorts of little things went wrong - mostly electrical - but finally the exhaust manifold cracked and that was bad. Also, it ... Read More