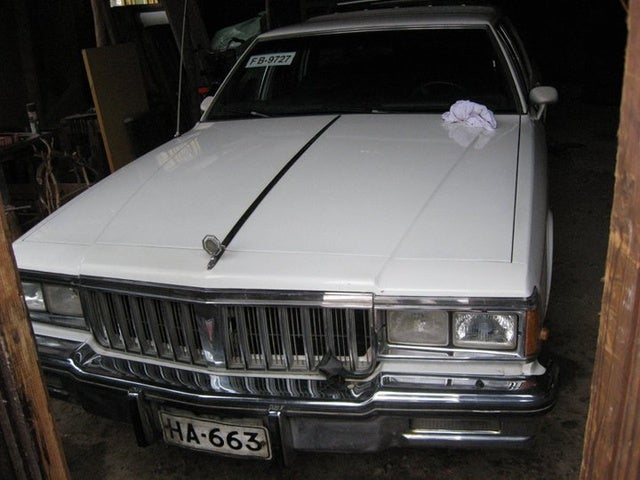 Have you driven a 1986 Pontiac Parisienne?
Rank This Car

Powerful And Reliable By BiggGhotti

! Now has Side pipe & Glasspack. ! An excellent car, so far. There's roughly 220K on the odometer and it runs like new. There's only one or two small rust spots on the body. Minimal dents and d... Read More

It Was Free And I Love It! By jke

I have a 1984 Pontiac Parisienne Boroughm (sp). It has 70,000 miles, with no rollovers. My father was the original owner, so I know this to be a fact. Headliner sagging, clock not working and drive... Read More

My first car. You will always hold a place in your heart for your first car. I asked everything of it and it never asked for anything in return. I miss this car. Big baby blue boat. I put in a st... Read More

my car is huge... it's like driving a boat down the road. By far the most comfortable thing i have ever drivien. the only thing i dont like about the car is the fact that its a gas hog, big 355, 4 bar... Read More

best car out there its like a living room on wheels!!nothing wrong well... except for gas mileage... Read More

Go Big Or Go Home? I Say Go Big And Try One Of These Out You'll Love It By Jay

if you have money to waste on gas, love to have lots of torque for burnouts, and don't mind a tank that only does a top speed of 140 from factory then this is the bullet proof car to own. traction an... Read More

Have you driven a 1986 Pontiac Parisienne?
Rank Your Car →