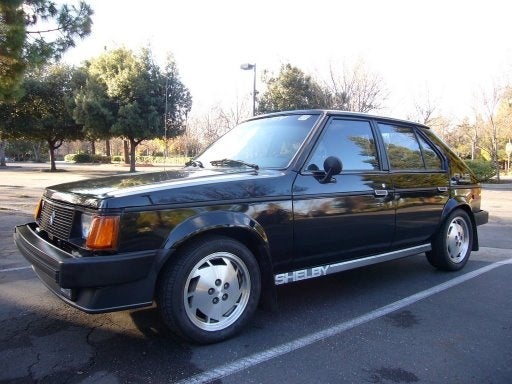 Have you driven a 1986 Dodge Omni?
Rank This Car

It's only ugly because I park under a tree. I don't drive it much, but I can say that it is a fun car to drive and own, even though it's a crackerbox. The only issues I have had so far is a low idl... Read More

Great Car To Have In This Day And Time. By Richard

great on gas and roomy interior....frontseat wise. great trunkspace and potential to be customized to whatever you please. Read More

Very Relibirty I'm Actually Looking For Another By Keith

large enough for me to put in 4 12 inch subs n 4 six by nines n the back very comfy n very room on the inside outside nice lines i liked how the bumpers were away from the car all n all very reliable ... Read More

My Ride By Evan

My Frist Car By Tim

This is a vintage piece of american vehicular history right here. It will never quit on you and drives better through hell and high water than any truck I've ever owned. Especially after I dropped t... Read More

it is the worst car ive ever driven but it unfortunatly never dies.... i do not recoment buying one. it is not worth it and its just a big money pit that robbs your wallet and paycheck. hanldes like c... Read More

I drove a standard transmission GLH Omni 1985 bought it from a guy at a vw dealership here in calgary for 800.00 he would not budge an inch on his asking price... no wonder cause it was really in good... Read More

The Ups And Downs Canceled Each Other Out By AJ

It was a money pit, But i loved it!! It was my first car ever!!! It allowed me to learn alot. In great shpe thogh, these cars have great gas milage, and if I could have another I would!! Price was goo... Read More 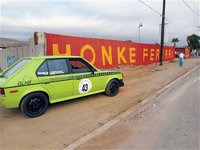 Looking for a Used Omni in your area?