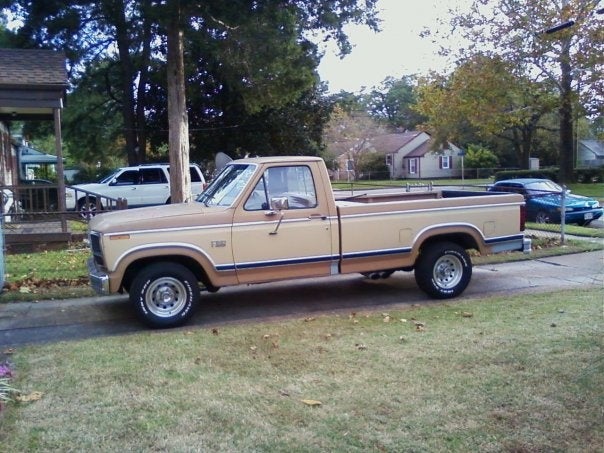 Average user score
4.6 ⁄ 5 stars
Based on 5 reviews
Toughness Of A Mule, Power Of A Linebacker, & Loyality Of A Ol' Hound Dog! by Wayawatsi — Always started when nothing else would. always seemed to surprise folks with her power. Still looks great after all these years,just like the wife! If your considering a real truck, don't be afraid to... Read more
4b4+ 351c =one Tuff Stump Puller by goz — own aussie f 150 4b4 powered by a 351 clevland motor. simple and easy truck to maintain. drives pretty good for a truck off/onroad of this size. xlt twotone color scheme adds class to tuff looking tru... Read more
by Spencer — it was an ausome truck it had a high out put 302 sbf with a 650 dbl pumper elderbroke carb fourwheeldrive and it was a four on the floor i loved that truck to deat wish i never got rid of it Read more 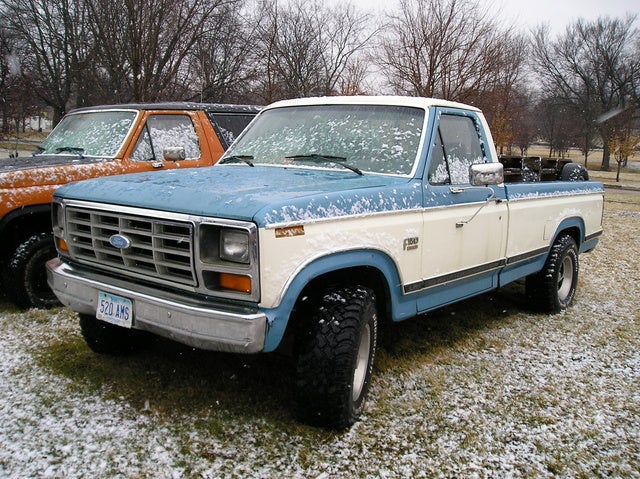 The 1983 Ford F-150 was the first of the line to be offered with a diesel engine (a 170-horsepower diesel V-8). If you didn't need that much power, or the hassle of finding diesel in the city, you still had the choice of the Windsor V8 or a straight-6.

No significant changes were made in the design of the 83 Ford F150; the square-shouldered workhorse continued to be Ford's top-selling truck in the U.S. and around the world. The 1983 Ford F150 came in XL, XLT, and XLT Lariat trims, with a variety of configurations including the extended cab supercab, as well as 2-door and 4-door setups.

The 83 Ford F-150 continued to be the choice of many a farm and ranch; the sturdy pickup also appealed to four-wheelers looking for a solid off-road ride, and to anyone drawn by the model's record of rugged reliability. Tuners still prize the 1983 F-150 for its muscle and its boxy linebacker shape.

What Size Are The Gas Tanks?

"Replaced The Solenoid And The Lights Will Come On But Won't Start?"

1983 F150 replaced the solenoid and the lights will come on, but doe not try to turn over? I was able to jump the old Solenoid and the starter ran fine, I can not wrap my head around it.

What cam would you suggest to get the old school sound from a 1980-1986 Ford 302? I call it "no guts - no glory" that was done to make them lope but nothing major was changed in the engine.

I have a 1983 Ford F-150 with a 302 carbureted engine that I have been restoring for the last 2 years. I finally got tires the tag and insurance and was ready to hit the road or so I thought. Wh...

146 views with 2 answers (last answer about a year ago)

Finding Wht Part Is What