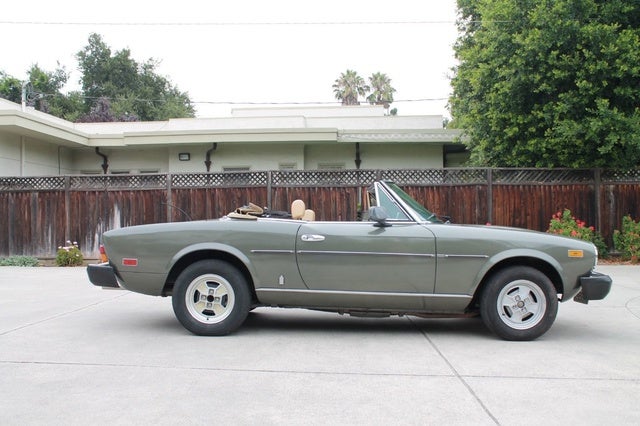 Fast,quick in turns ,sounds good! Good sound system! Thanks for all your help !! Read More

Turbo Fiata, love it. All the joy of a Miata with Italian styling and a turbo, whats not to love. Read More

Excellent car! First ride was a 550 mile road trip and it performed perfect and I averaged 34.4 miles per gallon! Read More

Strictly looks. Never been in one. 75% of it is the same as the Miata since it was built on the same assembly line. Read More

Love the style I think its a good value. Convertibles are special seasonal fun Read More

Suzanne, I Think. By benspaul

The Fiat Spider 2000/124 Spider was one of the top three most successful sports cars ever made. (MGB being another, then maybe the Corvette.) Comfortable and roomy seats, a smooth shifting 5sp, a Blac... Read More

FIAT got some things right with this car. And contrary to popular opinion a well maintained FIAT once sorted is not a headache to take car of. This car is peppy and has some zip, not to mention classi... Read More

A Classic By Raoul

The first convertible I purchased after relocating to California. Was on my wish list for a long time as an affordable way to drive a gorgeous car designed by Pininfarina. Rather roomy for a two seate... Read More