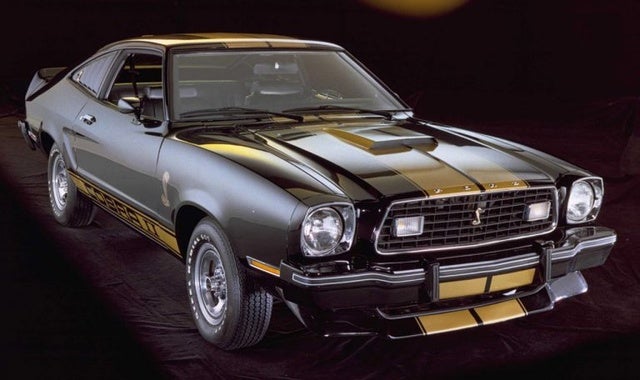 Have you driven a 1975 Ford Mustang II?
Rank This Car

I liked the styling, and the fact that Mustang IIs are the redheaded step children of the Mustang family. It was given, free, to my brother around 1990. We shared it for a year or so, but it was old a... Read More

very fun car! 302 v8 3 speed automatic. i may try a 4 speed manual. some say i should not waist my time with this car but i see far to much potental and i hope to change a few opinions. Read More

Was a great car except for some minor rust. A few radiator problems because I couldn't find a replacement. Wish it was ready to run again, what fun we had crusing around in this. Could still catch ... Read More

Keeping It Forever!!! By Gary

Needs Some Work To Be Great By Andy

This mustang was my first manual and it's overall just incredibly fun to drive. it doesn't have great performance, but it would be incredibly easy to drop in a 302, a 5-speed tranny, and a 9-inch rear... Read More

Fast On Race Day By docb969

an amazing car overall mine was a more luxerious like casette player duel exhaust the performance is ok it accels a little slow but the carb is bad and it needs new tirers... it only costs me about 10... Read More