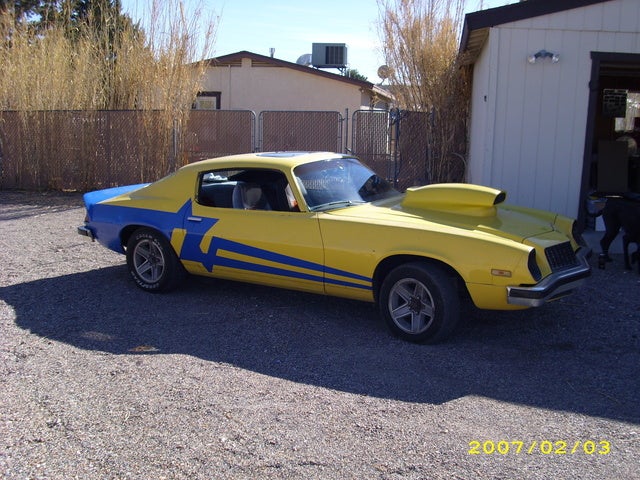 Have you driven a 1974 Chevrolet Camaro?
Rank This Car

Just got the car yesterday so can’t really say what the car lacks at this point. Still getting to know the car this is why I gave 4 star’s. So far I love the car’s features as I am coming from an out... Read More

I think it is a fair value, but it could use a bit more as far as technology goes, seems pretty basic for new cars of today. Standard tent on the window s would be nice also. I love the car, this is ... Read More

Glad I found this car. It is a good car it drives well and for a good price Read More

Couldn’t be happier this vehicle is everything I expected and the compliments from people are endless. Read More

I like the way that the car feels when you driving , the only thing is cuz you can pull the Sears all the way back Read More

Fantastic car! The engine sound and the acceleration never gets old. Keep in mind your not to drive or store your summer tires below freezing. Youll likely need a winter set of tires and rims even ... Read More

Have you driven a 1974 Chevrolet Camaro?
Rank Your Car →