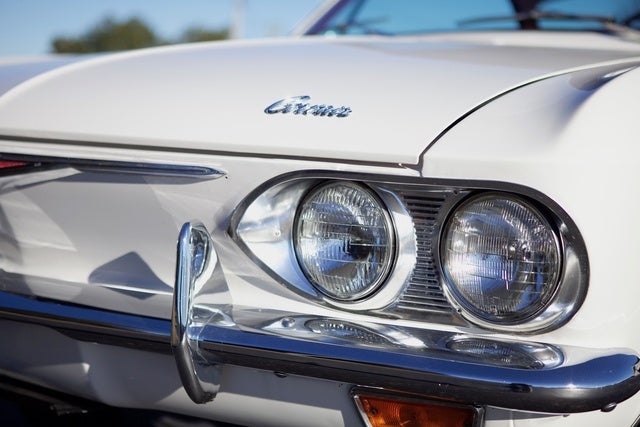 Have you driven a 1965 Chevrolet Corvair?
Rank This Car

For a car introduced in 1960 as an economical alternative to what Detriot was producing at the time, the Corvair was very advanced and unlike anything anyone had ever seen before. Rear engined, air co... Read More

Pros: good on gas, never see another on the road at the same time, sleek design, easy to work on and find parts, great handling wise cons: acceleration, noise (no sneaking home at night, but otherwis... Read More

I currently am on my second Corvair (also had a '69 Monza coupe) and these cars can't be beat if you're looking for a reliable, economical classic car that handles like Corvette, gets gas mileage lik... Read More

I Love This Car By EarlSwag

I bought my Corvair at a swap meet for the bargain basement price of $1,500.00. It did need some restoration but, after all, the car is 47 years old. This is my first restoration and working on this c... Read More

you have to drive one to understand ive owned five corvairs 2 were drivable.hard finds.this one has 79,482 miles on it Read More

Most Awesome Car Ever By Staush

The car is a rear motor rear wheel drive. It could potentially handle amazing if you redid the steering and maybe put some sandbags in the front. the acceleration is pretty good for a 120hp motor with... Read More

Looking for a Used Corvair in your area?

CarGurus has 43 nationwide Corvair listings and the tools to find you a great deal.

Have you driven a 1965 Chevrolet Corvair?
Rank Your Car →