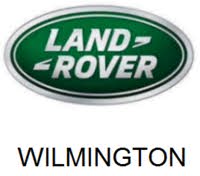 What CarGurus' Experts are Saying About the Porsche 911

The 911 has distinguished itself as one of the automotive world's preeminent sports cars over more than six decades. Rear-engined and fitted with either rear- or all-wheel drive, the 911 has found success at nearly every level of auto racing, and has attracted an avid fan base which includes high-profile owners, such as Steve McQueen and Jerry Seinfeld. While some vehicles undergo dramatic styling changes from generation to generation, Porsche has avoided radical changes to the 911, choosing instead to allow the car's form and design to evolve subtly. As such, modern 911s are as easy to recognize today as classic models from the 1960s and ‘70s. The sloped rear deck and raised, round headlights have become iconic within automotive communities.

Mechanically, the 911 has historically been air-cooled, although Porsche made the switch to water cooling in 1997. While this change was criticized by some 911 fans, it undoubtedly led to higher-performance cars. The 911 has also served as a platform for numerous iterations.

Beyond the simple examples of all-wheel drive versus rear-wheel drive or convertible versus coupe, Porsche also built various performance-driven 911 models. The 911 Turbo, GT2, and GT3 have all been designed to showcase the limits of the 911's mechanical performance.

The Porsche 911 has always been an expensive car, but it provides impressive capability at a fraction of some of its competitors' prices, such as the current Ferrari 488, Lamborghini Huracan. While its more conservative styling may keep it out of the hypercar conversation, its heritage and specifications put it at the top of the supercar pile.