My experience was amazing from start to finish. My salesmann was great, helpful and got me a amazing deal. Thanks cargurus for helping find my beautiful vehicle!

dealer did contact me, but I pulled the trigger on a car that was closer to home 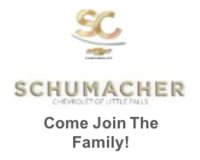 They were prompt and hopeful but had $1500 in additional fees not advertised on their listing that raised the price by 15% over thier listed price.

They absolutely blew a deal with me by wanting to add a $1000. Delivery fee on top of the $500 Doc fee. All the other dealers I spoke with didn’t have any more than a Doc fee and that was usually $100 less. Although their advertised prices are good figured it to be $1000 more which I thought was deceiving.

If you decide to go here please do I dealt with Vincent an Danny an I must say they are awesome their customer service is through the roof they go over an beyond to make sure you're happy and they had the knowledge of the vehicle I wanted an made it happen for me an I will be telling whoever that I know that's looking for a new or used car to go there an see them . Thank you Vincent an danny you guys are the BEST I ever dealt with at any dealership.

They were very responsive to my inquiries and immediately set up a time to come in and test drive the car. The salesman,Vito, was very personable, fair and most importantly honest. Yes, I bought the car!!! I would not hesitate to recommend them to friends and family.

This dealership was easy to work with . They were fast with the paperwork and fair with there pricing.

Didn’t want to provide counteroffer through email and when they finally did, they presented a jacked up price. Shouldn’t be on the Internet if they want to only deal in person.

Let me start off by stating that the owner contacted me directly to resolve and was professional, but the damage was done. -Cars weren't ready to drive after having and appointment -Salesman I had an appointment with was with another customer -Passed off to a salesman who thought I was an inconvenience as soon as I walked in. -After having issues with a cars breaks, salesman was rude and said i was wasting my time. -Didnt even talk numbers and left because of this person

One of worse visit ! The car we wanted didn t have the view camera! And they it listed as a opinion! Never again!

Quick responses is the way i want to hear.

Lots of unexplained fees and taxes that will increase the value by 5k/6k and really hard to negotiate. Other than that they help with everything if you get the car, and provide a good customer service. If there is any issue with the car they will help you get it solved for free too.

I purchase that Mercedes Benz GLS450.

They'd reply to my email.

Dealer was very responsive and accommodating, after test drive realized that this vehicle did not have the type of road characteristics we were looking for and pursued a different manufacturer.

Everyone i dealt with from beginning til end of process was great. I am more than satisfied with my choice. Special thanks to Peter, Krystal, and Kaylie

No willingness to negotiate at all...but they got us out quickly and friendly once we made our decision.

Just received a phone call back and once I told them I purchased a vehicle the woman just rung up on me while I was speaking. How RUDE is that!!!!

Totally undercut my trade in by offering $100 not saying my trade in was cream puff but thought $100 was slap in face. Then wasn’t sure why the manager needed to tell me how many cars he sells compared to last one. Will say sales person was very nice

Great at responding to questions, nice to talk with.

Jim Smith, salesman was fantastic and honest. He made buying the vehicle quick and easy.

Spoke on phone, very nice and friendly, would recommend

Unable to make a deal, but very pleasant to work with.

Didn’t want to provide counteroffer through email and when they finally did, they presented a jacked up price. Shouldn’t be on the Internet if they want to only deal in person.

Car was pristine. Dealer allowed unaccompanied test drive and under vehicle examination on lift. There was dealer prep charge but end price was fair. Overall experience was positive and recommend this dealer based on my experience.

Nice dignified folks at this dealership

Responded quickly and provided information over the phone. Very helpful during this difficult time.

Best thing is that they were not pushy like most other dealers. Made for a nice pleasant experience.