They were very accommodating about test drives and independent inspections. They were also very transparent about final pricing which helped me make a quick decision.

Great service and consideration. Very patient with my crazy kids. 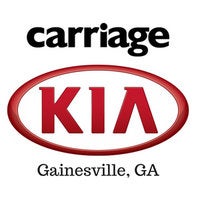 Awesome team!! Kelvin is the best salesperson ever!

Quentin was both excellent and professional

I don’t understand how the price listed of $30K can be an out the door price of $36K. Anyway, I now have a new Ranger and don’t need any further information.

I had a great experience, my salesman Pete was knowledgeable and very helpful. The whole team at Courtesy Ford is outstanding.

Very nice and willing to send lots of pictures.

I made an inquiry about the truck, 2 days later I received an email saying the truck was deemed unsafe until it could be inspected. I looked up the truck a day later and saw on the CarGurus site it had sold. Wow that sure was a quick, thorough inspection, and sell.

Responded back quick. Set my appointment to test drive. I loved the vehicle and customer service from Miguel. The process was easy! Definitely would return to purchase another vehicle!

They don’t have the inventory, and also adds $600-700 to the total! They are click bait, I asked if two vehicles were available the day of my arrival and he told me yes.....when I got there they were sold.

Representative was quick to reply and helpful; however, have since purchased a truck elsewhere. Thanks

Purchased vehicle. Everyone was super friendly. My salesperson was phenomenal. She was open and honest. I think she’s the only female salesperson. I’d recommend her to anyone. Finance manager was very pleasant as well.

Kept in contact with me about updates about the vehicle

It was a good experience with the deal. No pressure to purchase. I purchased the vehicle

Unfortunately. More than two weeks of correspondence, money sent, and it turned out that the car offered in the photos is not the one that is for sale.

Great I actually love this car. Great decision on my behalf if you ask me.

We had a pleasant phone call..

Great experience. Sales person William was great. Car was a steal for the price. Small issue but easily fixed. Enjoying the car thoroughly.

Very knowledgeable about the vehicle. Immediate follow-up. Unfortunately, this vehicle wasn't a match; however, he is very willing to continue searching for me.

very responsive to my questions.

Responded quickly with an e-mail to begin with; however, has not followed up on pictures and video as promised.

Great dealership...super sales and management personnel. Wish we could have come to terms on a deal. Definitely would consider doing business another time.

He was vey helpful

I worked by email and phone with Jay Farmer. We drove 3 hours for this car and it was as described. Jay was professional and personable. He had paperwork ready for us so we only had to spend less than an hour at the dealership

Pete gave awesome service. They even delivered. Deal done by phone. Thanks Pete! Would buy from them again!

The best car buying / delvery experience in my lifetime !!

The staff was very professional

They were very friendly and helpful

They never responded to email /text but said they would. I contacted them by phone and got process started. I thought we were negotiating a deal but was informed that the truck sold before we reached a price. This happens alot with dealers. Overall vfc a decent experience. Sales staff was knowledgeable of vehicle and helpful.

Great experience, my salesman met me at the door , and had the car ready to drive . They were efficient in processing the loan and paperwork.

Sales person was cool, calm and collected also knowledgeable about the Rav4 product line (5 star) - however lost our trust and opportunity for a future sale do to the nonsense (purchase bill of sale) dent removal, appearance protection, window tint for a total of $1,600 and document fee + electronic fee for $800 / this is a used car not a new car - never the less buyers are now more educated and not up for the games and additional fees they attempt to add to the bill of sale

No hassle, great salesperson (Rubin) and test drive. We did not buy from here, but would consider buying from here in the future.

Introduced in 2004, the current Nissan Frontier pickup is among the older automotive designs on American roads. However, as the Frontier enters 2019, Nissan leaves it mostly unchanged. It’s still available in S, SV, Desert Runner, SL, and Pro-4X trims. Updates are limited to a new 7.0-inch color touchscreen for S and SV models and the Cayenne Red Metallic paint color is now available across more of the range. Last year, Nissan introduced a Midnight Edition Package, which includes gloss black exterior treatments on the rearview mirror as well as black gloss aluminum-alloy wheels. Body styles for the 2019 Frontier include an extended cab with a 6-foot bed or a four-door crew cab.

The base powertrain is a 2.5-liter four-cylinder engine coupled with a 6-speed manual. A 5-speed automatic is also available with the four-cylinder engine. It makes just 152 horsepower and 171 pound-feet of torque, and will tow up to 3,500 pounds. The more popular choice is the 4.0-liter V-6, which makes a much more usable 261 hp and 281 lb-ft of torque. It also comes with either a 6-speed manual or a 5-speed auto, and can tow up to 6,700 pounds. The four-cylinder saves at the pump, but isn’t spectacular. It has rated fuel economy figures of 19 mpg city, 23 highway, and 21 combined with the manual compared to 17, 22, and 19 with the automatic. The V-6 will manage just 16, 22, and 19 with the manual.

Like the more popular Toyota Tacoma and other small pickups, the Frontier is a fun and proven off-road tool with its part-time four-wheel drive. The Pro-4X comes with a locking rear differential. Both it and the Desert Runner model add special Bilstein shocks. The Pro-4X also features skid plates on the fuel tank, oil pan, and transfer case for when the going gets rough.

Given its price and its workhorse capability, the Frontier is fairly basic on the inside. Extended cab models have small and flat jump seats in the back, but even the proper seats in the crew cab models are utilitarian. Behind the seats, the bed is 63.3 inches in length on extended cabs and 59.5 inches on crew cabs.

Base S models get minimal equipment – even power locks and windows are optional. The SV makes those features standard, also adding alloy wheels and tinted windows. The SV is also available with a package that adds dual-zone climate control, a better stereo, leather-wrapped steering wheel, heated seats, and a spray-in bedliner. Stepping up to the SL model adds quite a bit to the price, but it also adds leather seats, navigation, and premium audio.

The off-road-oriented Pro-4X gets contrast stitching for the shift knob and steering wheel, chrome around the gauges, and an available package that adds special logos on the seats, power front seats, heated mirrors, moonroof, and roof rack.

The design of the Nissan Frontier predates most of the active safety features that drivers have become used to on new cars today, and Nissan hasn’t retrofitted any of them to the Frontier. Hill-start assist is the only safety feature to speak of other than optional parking sensors. In crash testing, the Insurance Institute for Highway Safety (IIHS) gave the Frontier its top Good scores in all tests with the exception of a Marginal rating for its small overlap test. The IIHS also gave the Frontier’s halogen headlights a poor rating.

While there isn’t anything fresh or exciting about the 2019 Frontier, it is also the cheapest small pickup on the market. For casual hauling and off-roading, a properly equipped Frontier is a great value for buyers who aren’t concerned with all the frills or having the latest and greatest.

Top rated dealers near you with 2019 Nissan Frontier for Sale