These guys are awesome!!! They were extremely helpful and got us an amazing deal. Will be back very soon for a second car. 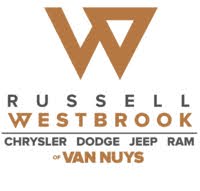 Just talking to them over the phone was a pleasant experience 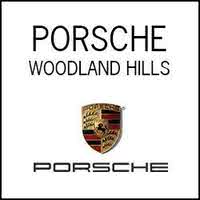 Had no $$ to get car but they were very helpful and understanding. Once i hve the $$ then i be talkn

They were very helpful and patient as we tried to pin point which vehicle would be our best option. I would definitely recommend this dealership based on the experience we had.

This is a top notch dealer. They have followed up right away. The sale was up front in everything and did the paper before I even got there so signing and getting car was a breeze and they don’t hassle you for extra upgrades or extra insurance thanks Robert Tehrain. Look for him if you want to purchase your Porsche with this dealer

Professional, timely, and helpful! An outstanding team to work with.

Never followed up on price inquiry & ignored my interest in an available vehicle.

Fantastic job and fantastic car, Megan is the BEST! Not sure how it would have gone without her! She is great at communicating, nothing worse than someone who does not get back to you,she showed patience,enthusiasm and caring! I hope the dealership appreciates who they have with her! Tank you so much!

Great experience! Quick and easy to deal with

Bought my car here and they were great

Great experience, Albert was professional, knowledgeable and able to answer all my questions. I applied online and got a call from Dion the finance manager stating he was able to get me approved through one of his lenders. Picked up on my car on Saturday and couldn’t be happier with the overall experience I received from European Auto House!

My sales rep, Eugene, was incredible in every way! I am so grateful to him! I now have the car of my dreams!

Dealer's Salesman Avo replied every questions I asked in details. Try every effort to fit my budget net. Very professional. Unfortunately, I did not buy from him is because Tesla got year end delivery promised but it they can not make delivery as promised and running out stock. I will buy from this dealer.

Called me right away

This was an excellent experience and direct communication with the Internet Supervisor.

Cargurus ad didn't have price or pictures. Contacted dealer. They said the sale is pending but their accepting backup offers. Emailed twice asking for picture and price. Kept telling me to come over for a test drive but never provided what I asked for. I live 75 miles away. Why should I waste my time when I don't even know how it looks and how much? Obviously they didn't want my business.

I contacted Porsche Downtown LA through CarGurus for a price quote. They responded quickly, and honored the price when I got to the dealer, making the buying process easy. Thumbs up.

Great selection of vehicles, South Bay, was inclined to negotiate a deal that makes sense to both parties. Great experience.

Mike Randle was very helpful and responsive. I will be back!

Loving my new to me car! I found LA City Cars on Car Gurus. I live 4 hours away and the people I spoke and texted with prior to driving down to LA were super helpful. I set up an appointment and when I arrived, my car was ready for viewing and a test drive. They have a great selection of luxury vehicles to choose from. We will definitely be visiting again when it's my husband's turn for a new car.

Top of class customer experience. Ace, Hasan and Ali were always reachable. Ace was even reachable via whatsapp on his days off to ensure a smooth process and answer all of my questions. I wasn't able to see the car as I was on travel, so they had a lengthy 40min full video call to show me the car inside-out including a test drive! I ended up buying the car without even being physically there! Very smooth process, very friendly, highly recommended!

Dealer Responsive, Eager to sell I decided another car.

The high-end and well-reviewed Porsche Cayenne midsize SUV rolls into 2017 with a few minor updates but remains essentially unchanged. Currently at the tail end of its second generation, the luxury-oriented Cayenne continues to come in a variety of trims with a choice of engines, including the Base Cayenne, the Cayenne S, the Cayenne S E-Hybrid, the Cayenne GTS, the Cayenne Turbo, and the Cayenne Turbo S. For 2017, Porsche offers the Base Cayenne and the S E-Hybrid in new Platinum Editions, available for a limited time. Both feature a number of enhancements, including a high-gloss black exterior trim package, exclusive 20-inch satin platinum Spyder Design wheels, and adjustable leather sport seats with Alcantara center panels. In addition, Porsche equips all 2017 Cayennes with a new premium infotainment system, which they share with the 2017 Porsche 911.

The new Platinum Edition package nicely dresses up the current Cayenne, giving it a sportier appearance, aided in part by extended wheel wells that were widened to accommodate the larger tires. Owners can choose from solid black and white exterior paint finishes, as well as optional Deep Black, Purpurite, Mahogany, Carrera White, or Rhodium Silver metallic paints. The package also includes automatically dimming anti-glare exterior mirrors and HID headlights with the automaker's Dynamic Light System, which adjusts the range of the beam depending on driving speed and provides more uniform illumination of the road ahead.

All 2017 Cayennes now come equipped with an updated Porsche Communication Management (PCM) infotainment system. A welcome addition to the standard Cayenne package, it replaces the previous system, which many reviewers thought was outdated. The system includes a new 7-inch multi-touchscreen, which responds to hand movements, as well as Bluetooth, an iPhone interface, two SD card readers, and an internal hard drive, which Porsche refers to as the jukebox. The voice-activated navigation module provides real-time traffic information and displays Google Earth and Streetview images.

According to reports, Porsche is already road-testing the next-generation Cayenne, tentatively scheduled to debut for the 2018 model year. The third-generation Cayenne will reportedly ride on a new, lighter platform and will receive some exterior resculpting, a number of tech, performance, and suspension improvements, and better fuel economy. Until then, the current Cayenne continues to display a sleek, stylish exterior shape that doesn't seem too dated, despite the fact that it first appeared in 2011. Its look remains windswept and athletic, with a low, aggressive stance, a short nose, a long cabin line, and an attractive rear end with a powered liftgate. The power dome hood, heated power mirrors, LED taillights and daytime running lights, and integrated twin dual-tube exhaust pipes are among the standard exterior features.

Power for the Base Cayenne continues to come from a 3.6-liter V6 engine generating 300 hp and 295 lb-ft of torque. It drives the SUV from 0-60 mph in about 7.3 seconds. While those numbers certainly sound adequate in just about any other vehicle in its class, some reviewers say the base V6 feels underpowered at times for a Porsche. Owners seeking a peppier ride will want to opt for the 3.6-liter twin-turbo V6 in the Cayenne S, which pumps up horsepower to 420 and torque to 406 lb-ft, while reducing the 0-60 time to 5.2 seconds, or a tweaked version of the same V6 in the Cayenne GTS, which gooses those numbers to 440 hp and 442 lb-ft, while shaving an additional .3 seconds off the 0-60 time.

At the top of the heap performance-wise sit the Cayenne Turbo and Turbo S, both with 4.8-liter twin-turbo V8s under their hoods. The Turbo's powerplant cranks out numbers of 520 hp and 553 lb-ft of torque, good for a 0-60 time of 4.2 seconds. The Turbo S, with its tweaked engine, ups those numbers to an impressive 570 hp and a whopping 590 lb-ft of torque. The Turbo S remains the fastest Cayenne, with a 0-60 time of 3.8 seconds. The Base Cayenne, with its entry-level V6, posts a top speed of 142 mph, while the powerful Turbo S boosts that to 176 mph.

All V6 and V8 Cayennes come equipped with an 8-speed Tiptronic S transmission with a start/stop function and steering-wheel-mounted shift controls. Porsche does not offer a manual shifter for the Cayenne. However, the automaker does offer an optional Sport Chrono package for all trims except the Turbo S. This package features a Sport Plus mode that makes the engine more responsive and shaves a tenth of a second off each vehicle's 0-60 time.

Fuel economy numbers for the Cayenne range from 19 mpg city/24 highway for the Base Cayenne to 14/21 for the Turbo. Owners seeking better fuel economy from of their Cayennes should opt for the S E-Hybrid trim, which can travel in both electric and gas-powered modes, thanks to its 95-hp electric motor and 333-hp 3.0-liter V6 gas engine, which produce a combined 416 hp and maximum torque of 435 lb-ft. The hybrid accelerates from 0-60 in a respectable 5.4 seconds, while speed tops out at 151 mph with the combined powerplant and 78 mph in electric mode. The powerplant posts combined fuel economy numbers of 47 mpg-e. The S E-Hybrid includes such features as recuperative braking, a 10-kWh lithium-ion battery, an E-Power button for improved economy, and a Sport button for improved performance, as well as the Tiptronic S transmission.

Owners will find plenty of headroom and legroom throughout the Cayenne, thanks in part to the sliding rear seat. While some reviewers complain about the Cayenne's cargo capacity, which checks in at 23.6 cubic feet behind the second row and 62.9 cubic feet with the rear seat folded down, it's comparable to competitors like the BMW X5, which offers 22.9 and 66 cubic feet, respectively. The Lexus RX 350 posts even lower numbers, at 18.4 and 56.3 cubic feet, respectively.

All in all, the Cayenne continues to deliver an impressive package, and most agree it's well worth its premium cost. With a new generation coming soon, savvy buyers might be able to get their hands on a current-generation model at a clearance-sale price.

Top rated dealers near you with 2017 Porsche Cayenne for Sale