Zero stars! One of the worst sales/service experiences I have ever had. A brief greeting email and I think texting then NOTHING.

Very informative and on time. These folks are really good.

Slow to respond. Shuffled me off from person to person, none of whom ever responded to my initial inquiry about a particular vehicle, which then sold. Next, some dimwit asked if I would like to come in the next day and look at used vehicle inventory, even though (1) the vehicle I wanted sold (2) I live over 300 miles away, and (3) unlike much of America right now, I actually have to work for a living - COVID or no. Thanks for nothing, CarVision of Philadelphia...

Great customer service Janae my sales rep was great to work with she answered all my questions gave me full details of the vehicle I was purchasing. I would definitely recommend all my friends and family to this dealership.

Great, very attentive, did a virtual call walk around of the vehicle thanks Rose for you assistance.

Professional dealer. Friendly also. Everything went well. I was attended to quickly and everything went smoothly. My only qualms is I was made to buy GAP insurance without consulting me first. I know I should have insisted I didn’t want it regardless, but I was a little tired and didn’t bother to check on how much I was paying for GAP

They contacted me right away, gave me all the information about the car. They were very helpful and professional.

Edith appears to be fresh & New, she’s great and a pleasure to meet! Look her up @ Vision you will not be disappointed!!

I never got back to me daily couple of days later a call and they said the car was gone would not recommend them!!!

I called dealership to ask question. The person who answered call didn't seem to know the salesperson person who contacted me. Also had a appointment to go look at truck then all of a sudden the truck wasn't available to look at needed paint repairs. Seems fishy to me.

Very Responsive even though I missed out on the vehicle I was looking at.

Were nice and helpful.

Purchase this vehicle unseen very satisfied. Took a little bit to get it done Gary Roxanne Tracy where a pleasure. Little disappointed usually when you purchase a vehicle the tanks Full not the case. A few contract issues that were resolved immediately.

Took a while to respond but the experience was not bad. Kind people and good selection.

WE purchased the car on a Monday evening with a few items to be repaired. Brought it back that Friday, noting a few other issues to be repaired and they did not fix problems that needed repairing- side mirror being off, and major shaking with the front console, especially around the poorly fitted glove compartment. Now we need to take another day to go back and hope it gets resolved once and for all

Dealer was very helpful. Unfortunately the car sold the same day I contacted them.

Alysse was an excellent help today! She made the experience Easy and painless, and was super easy to talk to and was very patient with us. Definitely recommend to see if if you come on by!

yes; truck was sold before response. original contact passed me off after establishing car was not available. I provided my vin. and all required/ asked for information but never received price on my vehicle! several follow ups after initial contact.

Good Experience and all of the staff members are helpful.

I would like to buy this truck but haven't received income tax yet for down payment. I think this dealer ship is a good one so far. Keep up the good work and may God bless your company.

They did contact me, but did not answer my question about if they would / could reduce the price of the car. Instead they requested that I come in for a test drive. No need to come in and test drive unless the cost is less.

Exceptional quick response intelligent answers with the enthusiastic to sell.

they returned my request and made contact just fine 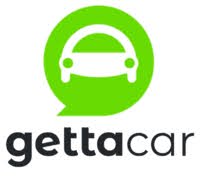 The Ford C-Max is a bit of an oddity in the U.S. In the rest of the world, it would be called an MPV (multi-purpose vehicle), which is kind of like a compact minivan or tall wagon. Here, it’s in a class virtually by itself—the Toyota Prius V is its only real competition.

The five-seater C-Max has seen few updates since its 2013 U.S. launch. For 2017, Ford makes some minor cosmetic changes and tightens up the available trim levels. Gone is the SEL trim, and a new range-topping Titanium puts the C-Max’s trims in line with those of other Ford vehicles.

As in years past, the 2017 C-Max comes with a choice of two drivetrains: hybrid or plug-in hybrid. Ford offers no gas-only version. Both drivetrains are based on a 141-hp Atkinson-cycle engine paired with a continuously variable transmission (CVT) that sends power to the front wheels.

The C-Max Hybrid adds a 1.4kWh lithium-ion battery and permanent-magnet AC synchronous electric motor, which is good for a total output of 188 hp.

The plug-in—known as the C-Max Energi—has the same powerplant, but adds a larger battery. The specs aren’t yet out for 2017, but the 2016 model had a 7.6kWh lithium-ion battery that was good for an electric-only range of 19 miles. It could be charged fully in 2.5 hours from a 240-volt outlet or 7 hours with a standard 120-volt outlet.

Details have yet to be released about pricing or option packages, but we do know that the SE Driver Assist package adds the Sync 3 infotainment system, a power liftgate, and reverse sensors. The SE Comfort package includes leather seating, a power driver’s seat, plus heated mirrors and front seats.

Other options include a fixed panoramic glass roof, a keypad on the driver door that locks and unlocks the car, and navigation.