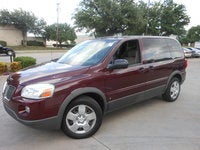 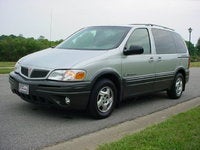 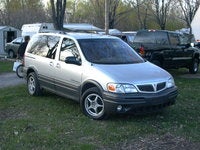 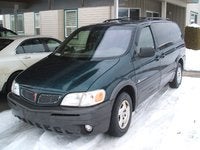 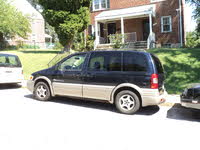 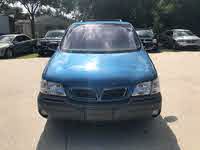 van is overheating and losing heat. heres the list of parts replaced; head gaskets, radiator, water pump, thermostat, some hosing and clamps. Am i missing something here, could it be a sensor.

Pontiac Montana Van Will Not Start

battery is fully charged, turn the ignition key, the horn honks, but the van will not turn over

On my 03 Pontiac Montana overheating problem I’ve replaced tstat water pump and cap but still overheating don’t know what to do? No water in oil no smoke and no leaks but still have a lot of air in...

2001 Montana - What Should Be The Length Of The Transmission Dip Stick?

I have a small leak in the transmission line running to the rad. But when I check my dipstick when the engine is hot, the dipstick shows that the fluid level is above the full line. Now, I'm wondering...

336 views with 4 answers (last answer about a year ago)

Pontiac already had a minivan, the Trans Sport (clever, huh?), which it had introduced in 1990. Its only successful feature was the Montana sport package, which jazzed the boring minivan image up with more SUV-type characteristics. Pontiac latched onto this and rebadged its minivan as the Montana in 1999, putting an emphasis on SUV sports performance and style rather than soccer and groceries.
Directly competing with the Venture and Silhouette, the Pontiac Montana came in regular and extended versions and had a wide array of seat configurations to improve passenger and storage flexibility. A combination of bucket, bench, and captain's chairs could be removed or folded down to accommodate up to eight people in the extended vans. Dual sliding doors were its most popular feature, and a power passenger option was available on the extended van. This later expanded to a driver's side power door as well.

Plenty of features came standard on the original Montanas, including ABS brakes, daytime running lights, cruise control, rear defogger, dual front and side airbags, and later OnStar, remote entry, and power windows, locks, and mirrors. The extensive options were very popular and could be had separately (DVD system, heated seats, parking assist sensor, air compressor) or as part of various sport packages that tried to beef up the SUV image with sports suspension, rear spoiler, hood scoops, and performance tires.
Pontiac tried even more to appeal to SUV wannabes who were stuck with the practicality of a minivan by adding all-wheel drive capability briefly. Though Montana owners loved the sporty handling, good gas mileage, cargo flexibility, and peppy V6 engine, the minivan suffered from many quality issues and extensive mechanical problems with the transmission and intake manifold. Due to waning popularity, perhaps because of these issues, the Montana eventually weaned its lineup down to just the extended vans right before its demise in 2005. It would be reborn in 2006 as the Montana SV6, an obvious nod to its reinvigorated SUV styling.