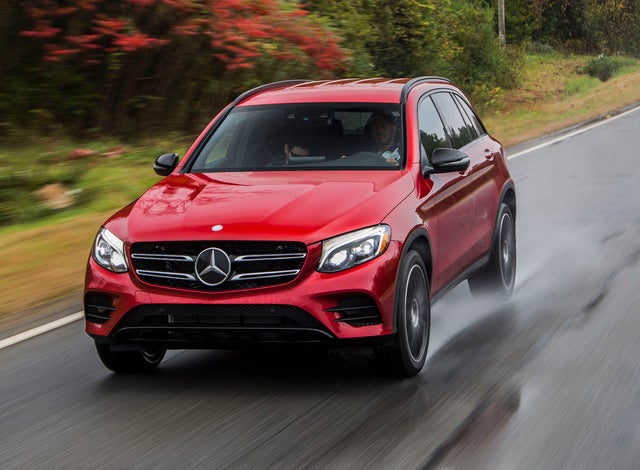 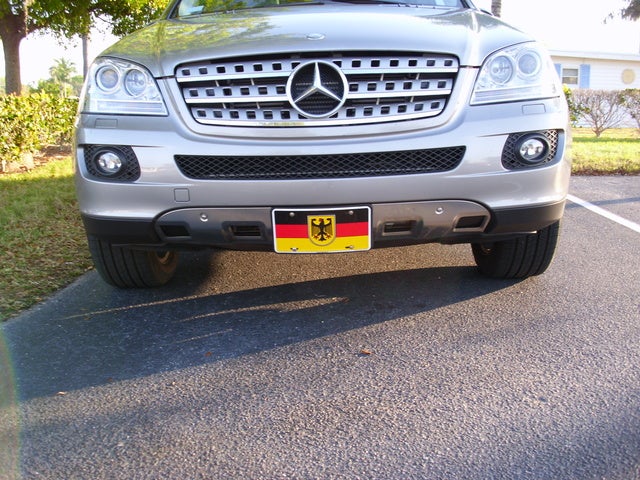 The 2016 Mercedes GLC-Class comes to America with a mission. Simply put, the GLC is intended to make us forget the GLK-Class, which it replaces. The new GLC is based loosely on the Mercedes C-Class cars, which is a very good place to start--the outgoing GLK was a little too small and its styling didn’t hit the right tone, so its sales were kaput. Audi and Lexus are basically printing money with their Q5 and NX crossovers and Mercedes needs to do better if it wants to stay relevant in this very important segment. By all appearances, the new GLC-Class will give those number one and two sellers a run for their money.

The first thing Mercedes-Benz fixed on its crossover offering was its size: the new 2016 GLC-class crossover is 5 inches longer and 2 inches wider than the outgoing GLK, spot-on the same size as the Audi and Lexus. These dimensions are also about the same as those of the Toyota RAV4, Honda CR-V, and Nissan Rogue. Crossovers of this size now constitute the largest of all automotive segments, even surpassing the mid-size sedan segment, if you can believe that. The reasons are simple: this size is the smallest a crossover can be while still comfortably moving 5 passengers, and tends to be the perfect size for gear such as hockey bags as well. Sedans, it seems, are going away.

Mercedes-Benz also fixed the crossover's look. The outgoing GLK was boxy, looking a little like a sedan with a raised roof. The new GLC conforms more to its segment’s style and is a little more like the new GLE-Class, the larger 5-passenger Mercedes tasked with taking on the Lexus RX350 (the number one selling premium SUV). Side by side, the new GLC and GLE will be a formidable pair, perhaps finally gaining Mercedes some additional market share.

The 2016 GLC-Class will be only available with the GLC300 drivetrain, a 4-cylinder 2.0-liter turbo--the same as the Lexus, Audi, and BMW X3 (and the Land Rover Discovery Sport...we could keep going). This choice is not a bad one. These engines are tuned for torque at very low RPMs and are almost diesel-like in their performance, but more economical and powerful. Expect 241 hp and about 270 ft-lb of torque from the GLC300, just a tad more than what the competitive vehicles offer--the coming 2.0-liter “horsepower war” should be fun to watch. The engine is mated with a 9-speed automatic transmission; thankfully, Mercedes is not trying out anything new (like a constantly variable transmission) or overtly sporty (like a dual clutch transmission), as a conventional automatic is the best match for these types of vehicles. Mercedes is also planning a plug-in hybrid model and a diesel, though not for the coming model year.

So far we have focused on how similar the new 2016 GLC300 will be to its peers in the luxury compact crossover segment. But the Mercedes' interior should make all the difference (other than in the base trim, which won’t even have leather seats). Upscale GLC300 trims will have a higher level of refinement and employ costlier materials in the cabin as Mercedes improves its game in order to separate itself from the pack.

Infotainment will be the same as in the Mercedes C-Class, and similar overall to other Mercedes vehicles. A large screen will be affixed on top of the center dash, rather than the integrated display screen you'd see elsewhere, and Mercedes’ remote interface will control the infotainment, rather than a simple touchscreen.

Mercedes will also offer a magnetic shock-equipped suspension system on the new GLC-Class, which smooths out bumps without compromising handling. An air suspension will be optional as well. Keep in mind that these options are expensive ways to do a job that competitors are doing well already, particularly the BMW X3.

All the high-tech safety equipment we expect from Mercedes will be offered on the GLC-Class, of course: Cross-wind stabilization, DISTRONIC adaptive cruise control, and forward collision mitigation and prevention. We would be stunned if the new GLC300 isn’t a Top Safety Pick Plus-rated vehicle, but the Insurance Institute for Highway Safety has not yet tested it. Check in before you buy.

The 2016 Mercedes-Benz GLC-Class will be advertised as starting near $40K, and one should expect a well-equipped model to be about $50K, approaching $60K with most of the available technology included.

What's your take on the 2016 Mercedes-Benz GLC-Class?

Guru94LJMY Looking for a GLC 6cyls in black

Users ranked 2016 Mercedes-Benz GLC-Class against other cars which they drove/owned. Each ranking was based on 9 categories. Here is the summary of top rankings.

Have you driven a 2016 Mercedes-Benz GLC-Class?
Rank This Car

how do i post my vehicle from a Canadian site

Where Is The Auxiliary Battery Located On A Mercedes GLC 2016

Where Is The Auxiliary Battery Located On A Mercedes GLC 2016

What halogen bulbs do the low/high beams take? Thank you

The Mercedes dealer said they don't have any technical service bulletins for the GLC 300 regarding the toxic mold/vinegar smell from the air conditioner. I've seen a lot of complaints but has anyone ...