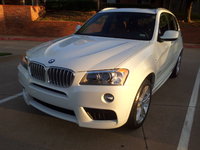 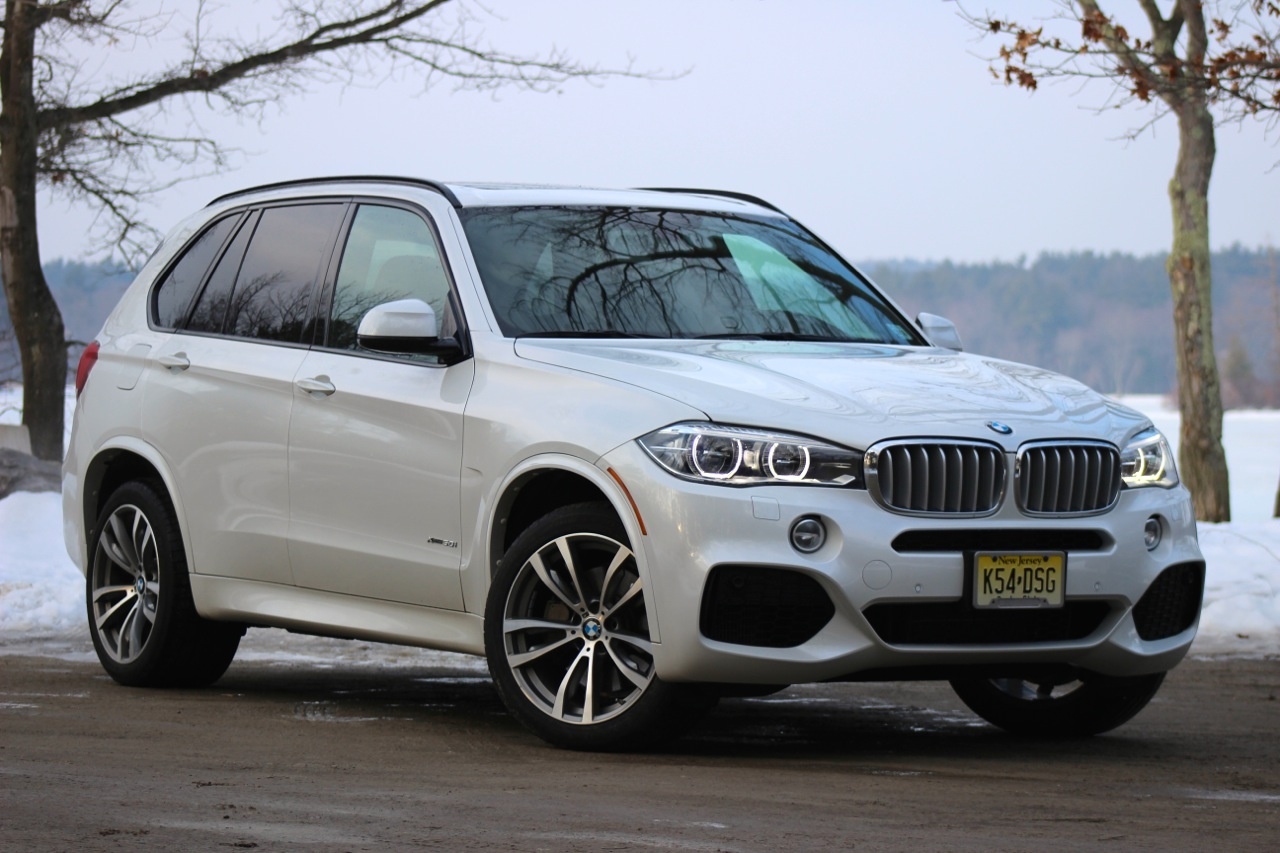 With vehicles like the X6, 5 Series GT and 6 Series Gran Coupe, BMW seems bent on breaking traditional notions of vehicle classes. Sport Activity Coupes, 4-door coupes and performance crossovers might be the norm now, but there was a time when an entirely new style of vehicle was revolutionary. When the BMW X5 first arrived, it was Munich’s answer to the Mercedes-Benz M-Class. The ML may have been first (debuting in 1997), but the 1999 BMW X5 was a runaway hit. It ignited the luxury SUV segment, which became a “profit center” for premium automakers. In marketing speak, “profit center” means “cash cow,” and the X5 has continued to play this role for BMW for the last 15 years. 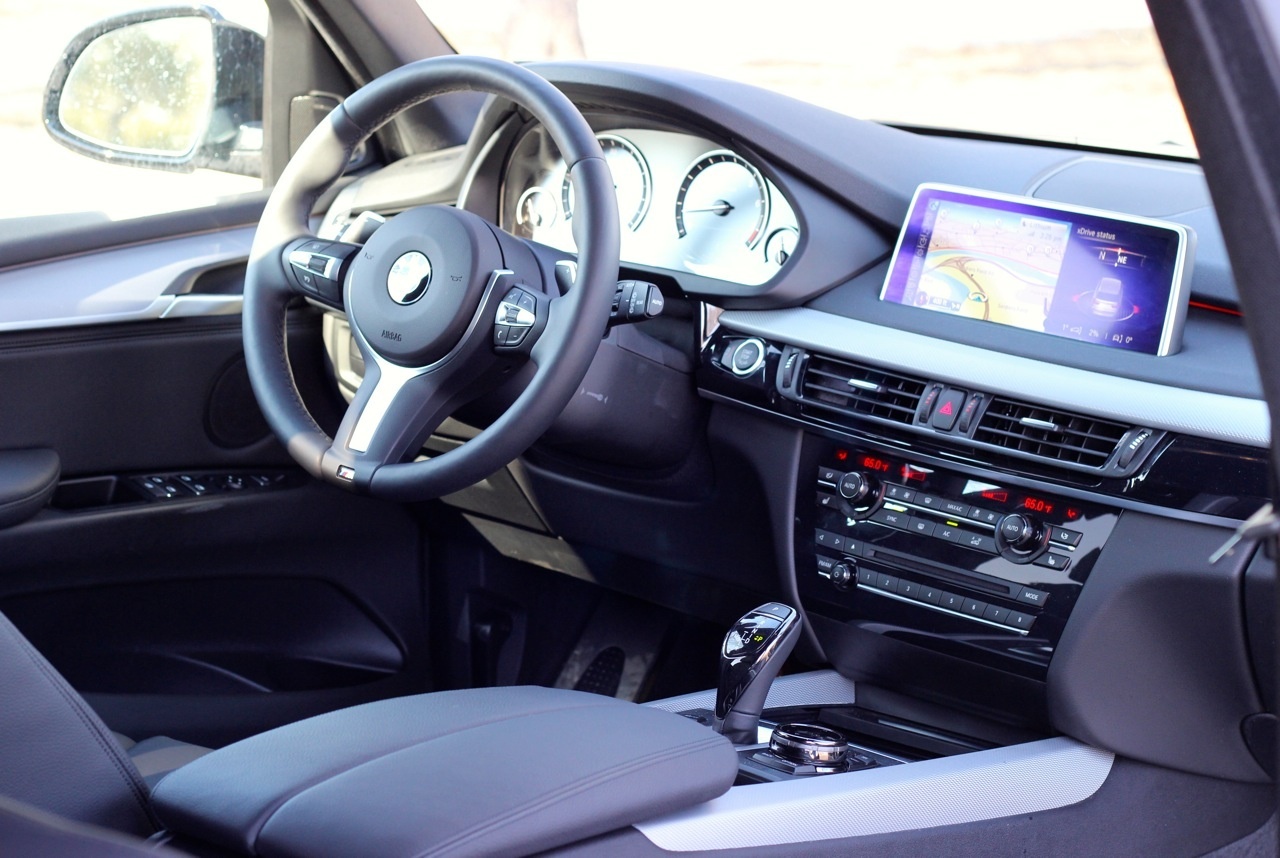 2014 marks the first year of the third generation of the X5. While designs for the 3 Series or 5 Series change dramatically generation to generation, the design changes for the X5 are more conservative—this is not a bad thing. The new model has the exact same wheelbase as the previous generation, with a nearly identical overall length. As Lexus has done with its bread-and-butter ES and RX models, BMW knows not to rock the boat too much with the X5. The German automaker just continues to add marginal improvements to a vehicle that has a loyal customer base.

Despite having similar dimensions, the 2014 X5 looks larger than its predecessor, mostly due to the stretched headlights and front grille proportions. Compared to the styling of the last generation, the new X5 is more elegant and stately. The character line that runs the length of its beltline accentuates the sheer size of the vehicle.

The exterior might need visual cues to convey the size of the X5, but the interior of this BMW SUV needs no such accents for any occupant to feel its size. The cabin of the X5 is downright cavernous. The broad windshield gives way to the tech-heavy dash, centered by the massive 10.2-inch iDrive screen. Its resolution will make the best flat screens and Mac Book Retina displays blush. The iDrive screen provides controls for audio, climate, navigation and vehicle settings—but that's only the start. We’ll get to more later. 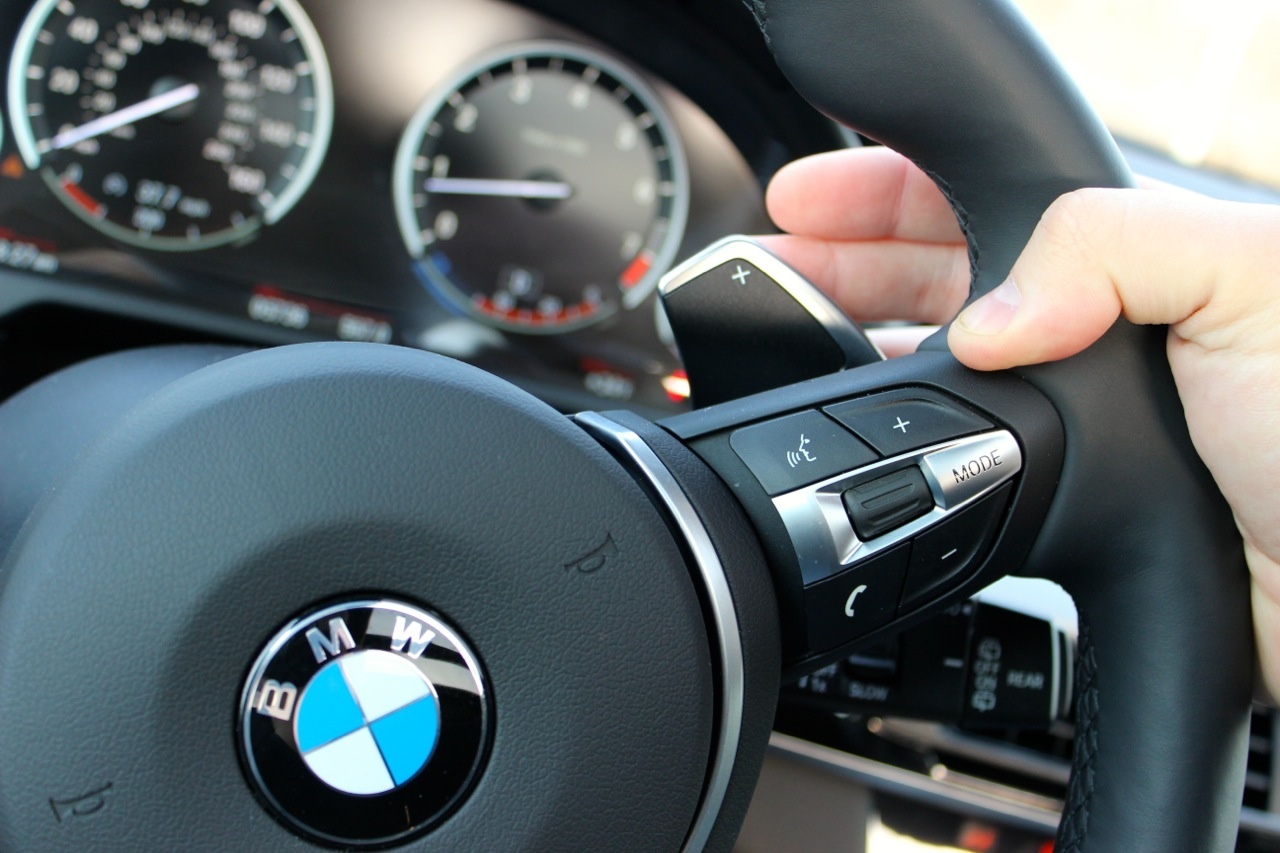 BMW used to denote engine sizes via its numbering system for vehicles, but ever since the Xs and Zs arrived, a separate naming system was beginning to take shape. The BMW X5 is available in these trims: sDrive35i, xDrive35i, xDrive35d, and our xDrive50i test version. To make some sense of it all, understand that the "s" represents rear-wheel drive (RWD), and "x" (as you might have guessed) represents all-wheel drive (AWD).

The entry-level trim for the X5 range is the sDrive35i. At $52,800, it comes equipped with a turbocharged 3.0-liter inline 6-cylinder, sending 300 horsepower to the rear wheels through an 8-speed automatic transmission. That 8-speed is standard across the X5 lineup and has a manual tap-shift function.

The next model up is the xDrive35i, which costs $55,100. It keeps the same 300 hp engine, but adds the benefit of AWD. Do not confuse it with the xDrive35d, which features a diesel engine and will set you back $56,600. The 3.0-liter diesel powerplant makes only 255 hp but an impressive 413 pound feet of torque. It combines impressive highway fuel economy with solid power for towing.

Finally, our test vehicle was the xDrive50i, which will set buyers back (at least) $68,200. This magnificent V8-powered beast is a sight to behold. The 4.4-liter twin-turbo powerplant makes 445 hp and an asphalt-churning 480 pound-feet of torque. Zero-to-60 is achieved in just 4.9 seconds, which is insane for a 5,150-pound hauler of an SUV. It will also hit an electronically limited top speed of 130 mph.

$86K is only the beginning of the pricing story, especially if you select the M Sport Line—a $3,600 option. This line features M Sport accents, a sportier steering wheel and the M Sport transmission. Shifts were more aggressive, turning the X5 into even more of a behemoth of a sports car. The larger 19-inch wheels and revised aerodynamic body work on the M Sport further accentuate its performance personality.

All that added performance will come at a price at the pump. The V8 X5 xDrive50i is listed at 14 mpg city/22 highway, but you’ll be lucky to get the advertised 17 mpg combined. The combination of rear-wheel drive and a smaller engine in the sDrive35i yields mileage of 19/27, which is more realistic. The all-wheel drive xDrive35i gets just 1 less mpg in the city, at 18/27. If fuel economy is your main concern, we recommend the diesel powered xDrive35d; it returns 23/31. 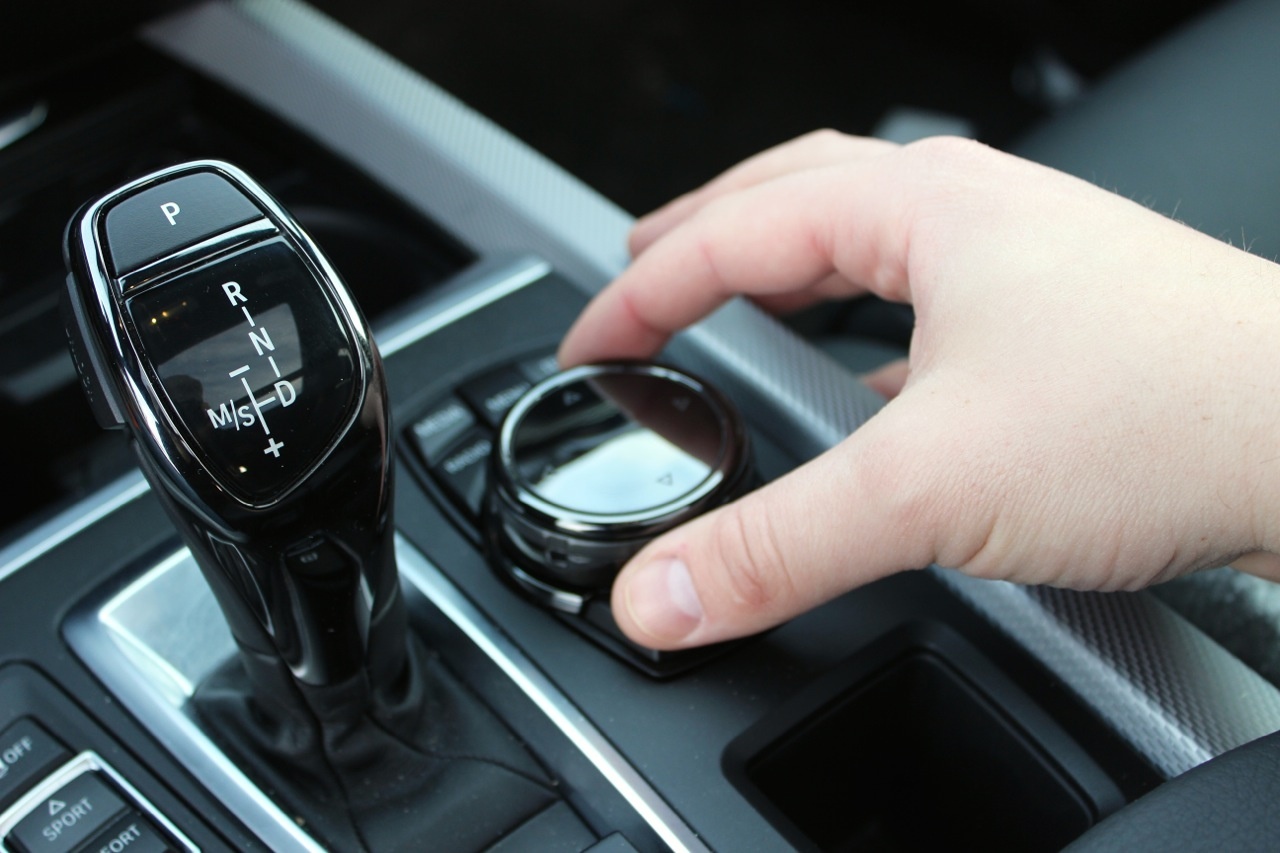 The X5 achieves solid marks for ease of use through, among other things, its sheer size. The broad, upright greenhouse makes for terrific sight lines and easy access to the second-row seats. The SUV platform also provides a commanding ride height that will leave you feeling very in control on the highway, when you otherwise might be intimidated by passing a semi truck.

The X5 features a power open-close liftgate, which is standard across the line. The one-touch open and closing function makes moving a lot of gear simpler, and the remote-open function on the key fob will make visits to the grocery store that much quicker.

For a vehicle of this size, we expected the center-console cargo bin to be a little larger. It is about as small as one we would find in the BMW 3 Series. That said, we found the many cupholders and auxiliary cargo spaces in the doors helpful and a smart use of space. 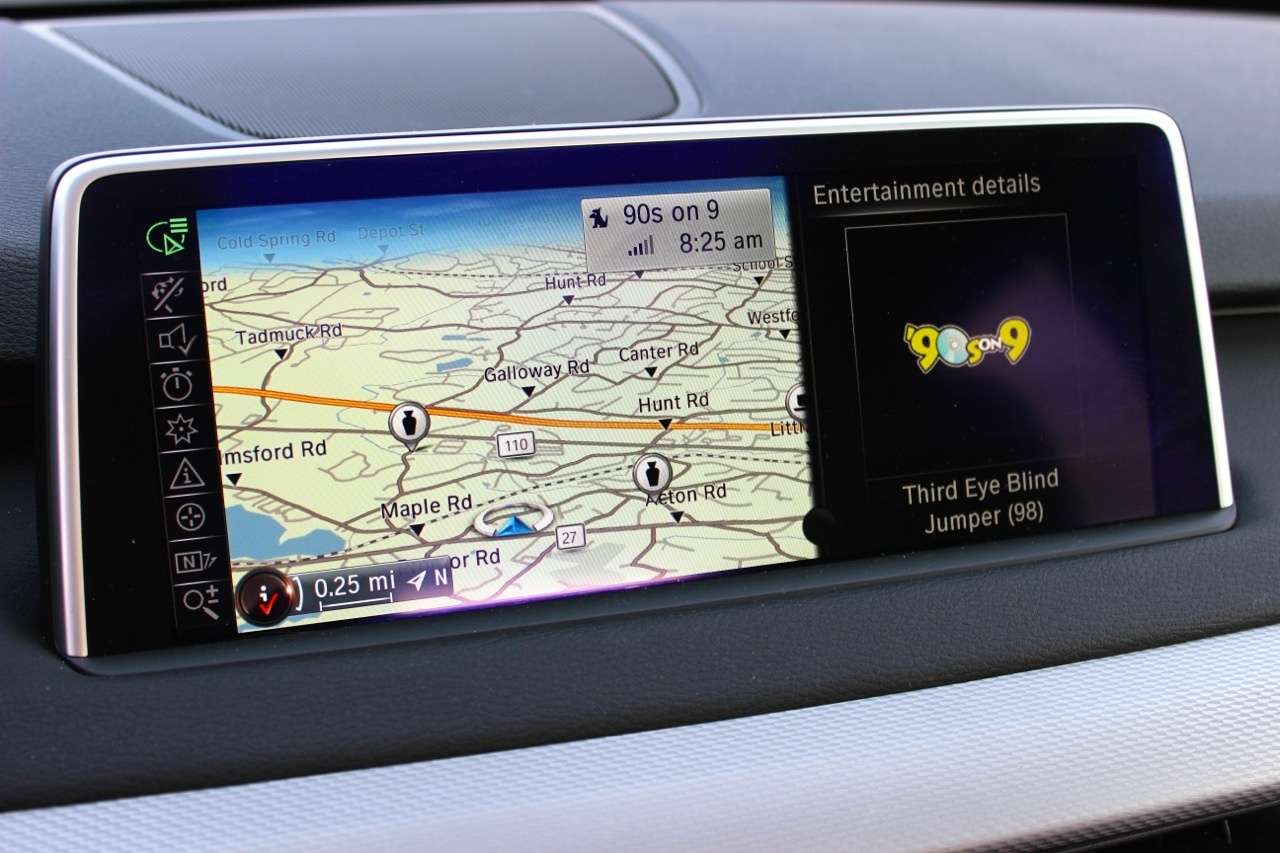 This is the area where the X5 shows the greatest improvement over its predecessor. BMW banked heavily on its iDrive system as early as 2001, and the rest of the industry joined the party, some with far better results. BMW has finally come around with the ergonomics of iDrive.

The iDrive system is controlled by a rotary dial that also has joystick functionality. It controls many systems, including audio, navigation and your Bluetooth-connected telephone. New BMWs have the ability to read your text messages aloud—provided you can connect your phone to the iDrive system. While we were able to connect an iPhone 4S for calling, it would not play any music via Bluetooth or the auxiliary cable. Your results may vary depending on phone or operating system.

Past iterations of iDrive required using the rotary dial to enter numbers and letters for the navigation system. But the astute eye will notice that the new iDrive controller is larger than previous generations, with a glossy top surface. That is for touch-sensitive character entry. Upon entering an address, you can literally “draw” the letters, individually, with your index finger. We were skeptical until we tried it, but the system actually recognizes letters and numbers very well! 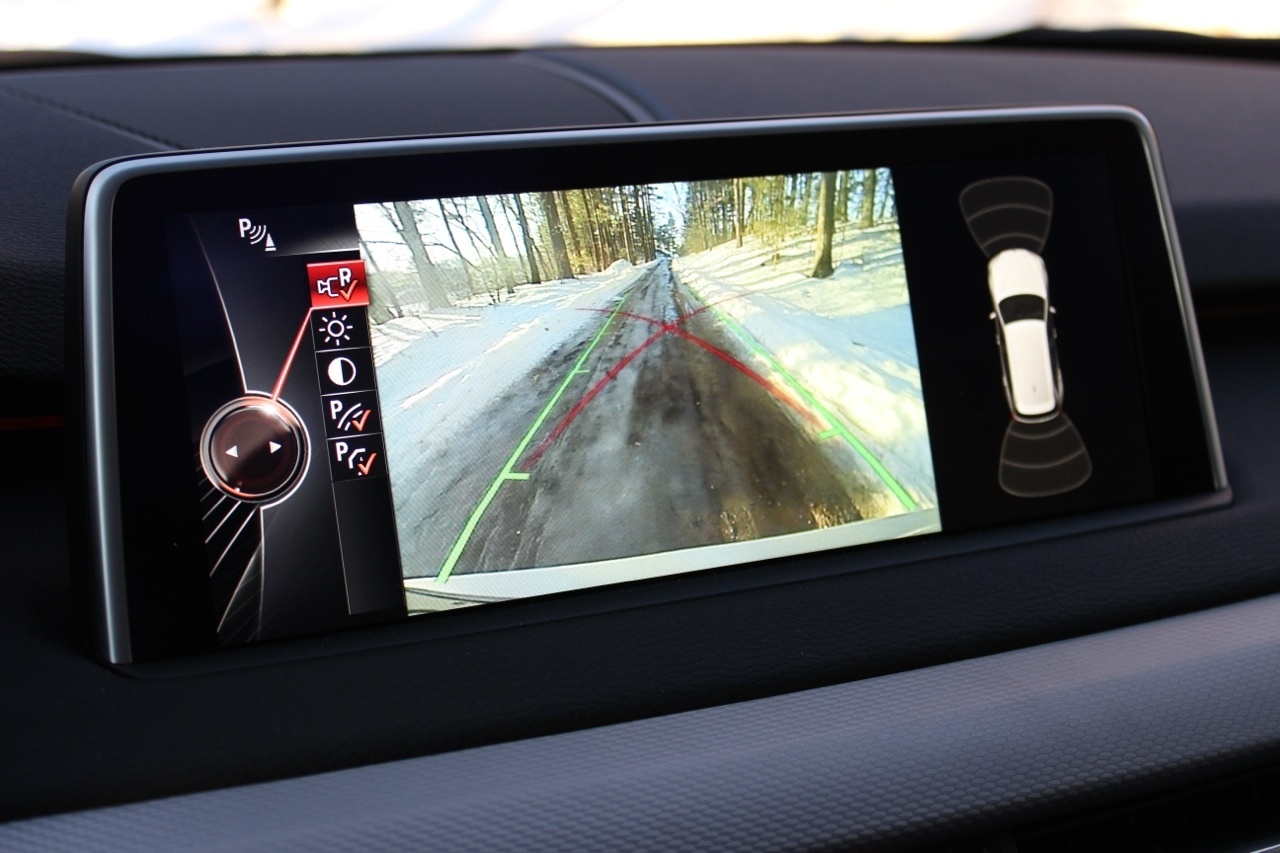 The massive new 10.2-inch iDrive screen provides two key safety benefits. First, it allows for the display of one of the most vivid backup cameras available in a car today. It provides a wide angle of view and comes with aids like directional guides to better track objects behind you in relation to the path of the X5.

The second benefit of the screen is less obvious. It's large enough that it can provide two displays at once. It can show the navigation system on the left side of the screen while simultaneously displaying any number of menus on the right. A simple right-click of the iDrive controller allows you to change that screen from audio to vehicle status menus.

The X5 also has a full complement of front and side impact airbags and a 4-year, 50,000-mile new vehicle warranty. 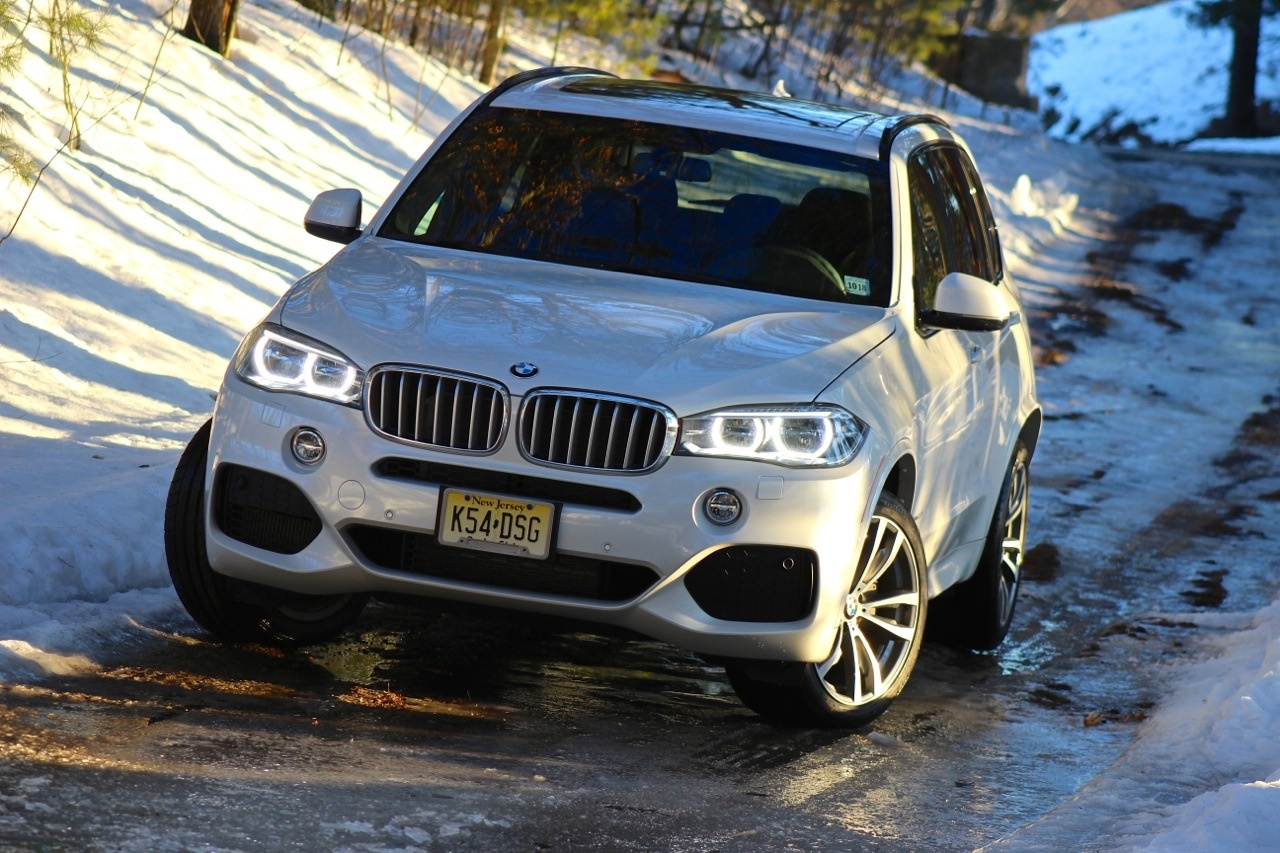 As with any BMW, the X5's base price is only the start of the pricing tale. While other automakers certainly squeeze you for options, no one does it like BMW. Our V8 test version certainly comes standard with navigation, dual-zone climate control and a massive dual-panel moonroof, but if you want the full array of options, you’ll be looking at a price tag closer to $80,000.

The sDrive35i is certainly the least expensive X5, but it has the least amount of goodies and lacks the road-gripping power of xDrive AWD. The combination of torque and fuel economy offered by the diesel-powered xDrive35d is the perfect blend. From there, optioning as you see fit becomes a question of personal taste—and the depth of your wallet.

shackman Another 2 and 1/2 ton SUV that should be classified as an overpriced truck for men with tiny weeners and big egos.

Thomas For those that can afford it, one of the best SUV's today. Love the internal height, great for transporting all kinds of things, people and animals...love the two part rear hatch door, fuel efficiency is ok, great handling, refined cabin, quiet, good performer for bad winters, in fact nothing negative to report, again for those that can afford it, provides excellent value for $ spent.

Users ranked 2014 BMW X5 against other cars which they drove/owned. Each ranking was based on 9 categories. Here is the summary of top rankings.

I am worried about maintenance cost as planning to pick one of the better car BMW X5 or Audi Q7? Was thinking of Merc M class 2013, too much confusion ;-)

Is The BMW X5 The Same As The BMW 5 Series Car?

Wondering if the bmw x5 is the same as the 5 series car only in an SUV??

after exiting vehicle all doors lock except driver. would like to keep all doors unlocked so that I don't have to manually unlock passenger doors to enter such as when parked in garage.