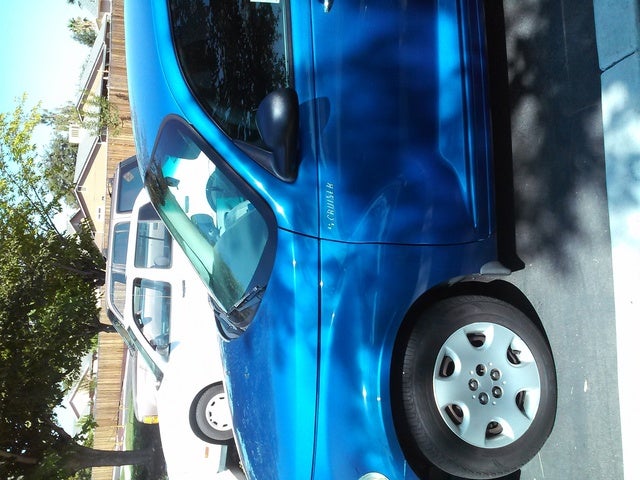 Chrysler introduced the PT Cruiser for the 2001 model year. A convertible model was added in 2005, and several interior and exterior styling updates came in 2006. Changes this year include a new headlight design, altered taillights, and a restyled grille. The dashboard has also been redesigned, for a more mature look, and a new audio system features an input for portable devices. The center stack, seat fabrics and panels have also been changed.

There are three power plant options for the PT Cruiser. The base engine is a 2.4 liter DOHC four cylinder engine, making 150 horsepower and 162 pound-feet of torque. The Limited and Touring trims may be equipped with an optional turbocharger, which bumps up horsepower by 30. The GT gets an enhanced version of the 2.4 liter four, which delivers 230 horsepower and 245 pound-feet of torque. The turbo versions of the Limited and the Touring use a four-speed automatic transmission. The GT is available with the automatic or a five-speed manual.

Chrysler offers the PT Cruiser in two body styles and four trims. The base PT wagon is equipped with power accessories, a CD audio system, and keyless entry. The convertible adds air conditioning. The Touring model adds a few additional standard features, and the GT provides more of a sporting orientation. The Limited PT includes a power driver's seat and a moon roof. A six-disc CD changer and heated seats are optional on most models. The Limited trim is only available with the wagon body.

No PT Cruiser is particularly sporty with respect to handling, but the GT provides the best driving experience. Along with the 230 horsepower engine, this top shelf model gets a firmer suspension and wider tires. Drivers have reported noticeable body roll through the tighter turns, and base engine acceleration which requires a great deal of patience.

The PT Cruiser has been in high demand since its 2001 release, largely due to its unique styling and flexible interior. However, low gas mileage (especially considering the PT's compact size) is a very common owner issue.

What's your take on the 2006 Chrysler PT Cruiser?

Users ranked 2006 Chrysler PT Cruiser against other cars which they drove/owned. Each ranking was based on 9 categories. Here is the summary of top rankings.

Have you driven a 2006 Chrysler PT Cruiser?
Rank This Car

Okay, so I have an 06 PT Cruiser. It started giving problems a few months ago, it wouldnt turn over or crank so we got the codes read and it came up as the Transmission Control Module. We changed th...

I have a 2006 PT cruiser convertible and the driver side window motor is shot and I can't find one anywhere including the dealer?

Engine Belts How Many

how many different belts on 2006

I'm needing to know how to remove and replace my water pump on a 2006 PT Cruiser 2.4