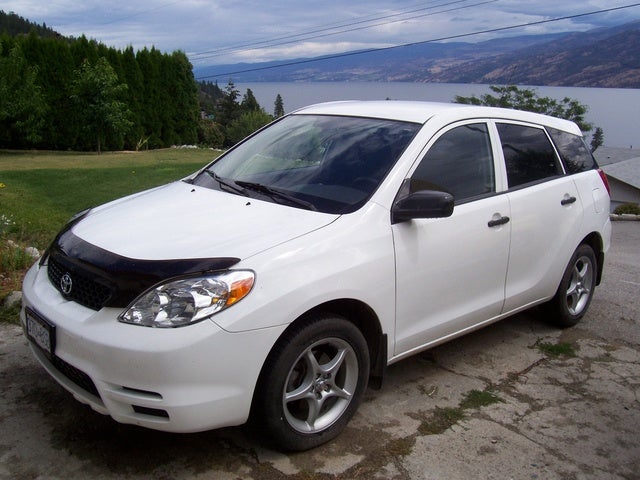 Average user score
4.3 ⁄ 5 stars
Based on 17 reviews
Rating Says It All by plato — purchased vehicle used in 2006.It had 82000 kilometers (49000 miles) on odometer when purchased.Immediately changed oil to Mobil 1 5-W-30 synthetic, drove for a week & changed again.Oil & synthetic fi... Read more
Little Car That Could by Wendy — i've had this matrix for not too long, and so far i'm liking it... it has a lot of potential if you have time to put your time and effort into making it yours rather then stock... it has tons of rooms... Read more
Well-built, Stylish, Sporty With Excellent Fuel Economy. by herkyfred — Thoroughly enjoyed this car. Regular maintenance resulted in reliability and cost savings at the end of the day. Had absolutely no major mechanical or engine problems. Car has performed in an excellen... Read more 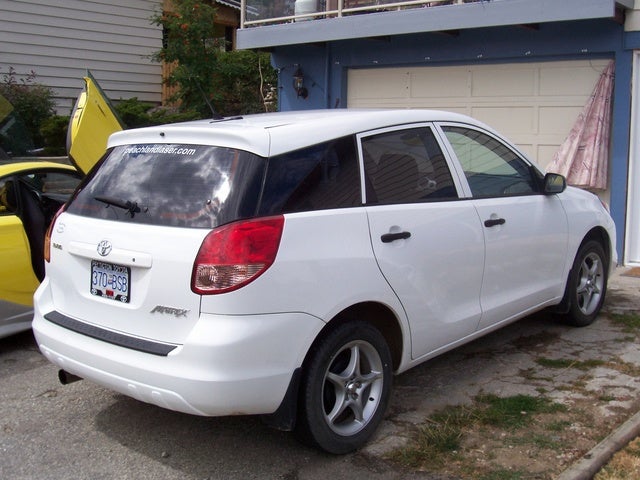 The 2004 Toyota Matrix is available in three trim levels: the standard, the XR, and the XRS. The standard and the XR share the same engine with the Corolla, a 1.8-liter, four-cylinder with 130 horses. All-wheel drive knocks the horsepower down to 123, while the XRS gets 170 horses. Upgrading to the XR gets power windows, mirrors, and locks; a remote key fob; and a rear wiper, while the top-of-the-line XRS comes with 16-inch alloy wheels, anti-lock breaks, and a six-speed manual transmission. The XRS is available only in front-wheel drive. Fuel economy is about 29-34 miles per gallon.

Drivers like the 2004 Matrix for its style, cargo space, and gas mileage. They also appreciate that old reliable Toyota is trying something new with the Matrix. Owners frequently complain about dash gauge readability and a lack of engine power (except in the XRS. Shorter drivers also say that there is poor visibility to the sides and rear

Dart1976 I bought one used and it is a creampuff. Mine is AWD and handles very well, suspension is smooth and gas mileage is good (I get around 28mpg). Cargo is wonderful, with a high roof but it handles like a sedan, not an SUV or a van. Not a lot of pickup under the hood, but that works ok for me.

Andrew Bought mine new in 2004 (Standard). Has had expected wear and tear issues but very reliable and I’ll keep driving it. Has 191k miles as of late 2019.

Users ranked 2004 Toyota Matrix against other cars which they drove/owned. Each ranking was based on 9 categories. Here is the summary of top rankings.

Have you driven a 2004 Toyota Matrix?
Rank This Car

HOW DO I OPEN THE TOYOTA MATRIX FUEL DOOR MANUALLY

I have a 2004 TOYOTA MATRIX XR and for whatever reason the fuel door is giving me problems when I try to unlock it from the inside release. Is there a way to open it manually without destroying the ...

What Would Be A Reasonable Offer For My Car Trade

I don't want to give in on a very low trade in value for my car. Is there a middle?

No Dash Lights And Will Not Start Just A Click

118 views with 1 answer (last answer about a year ago)

Hello. Lately I've noticed that my cars thermostat jumps to the half mark much quicker. While driving the more I accelerate the higher it goes and it tends to go above the "H" while sitting with th...