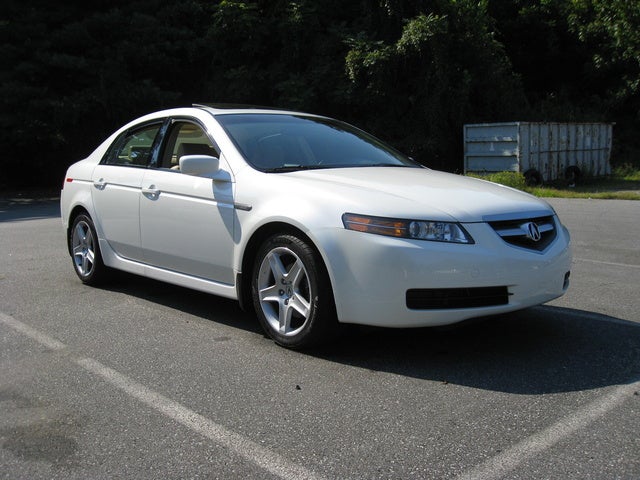 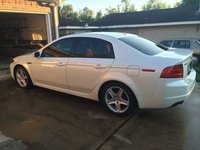 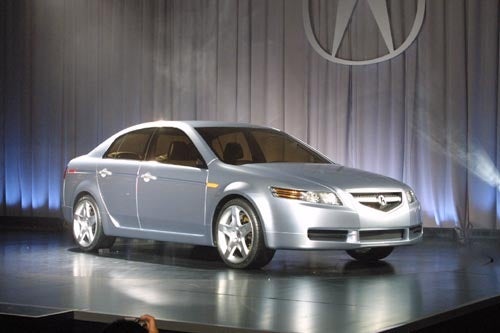 Introduced in 1996, the Acura TL underwent a major re-design in 2004. Acura upped the ante with the engine, upgrading it to a 3.2-liter, 270-hp V6 and adding a critically acclaimed 6-speed manual transmission. The TL also got some fresh bells and whistles with a DVD-Audio sound system and Bluetooth connectivity for your phone.

Overall, the 2004 redesign gets a thumbs-up from reviewers. Drivers like the 6-speed manual transmission, more luxurious interior and smoother handling, although the TL still has some room to grow before it can match its foreign competition. In any event, the improvements show Acura's dedication to making the TL a strong contender around the world.

Wojo1958 I just test drove a 2004 Acura TL and fell in love. The ride is silent and smooth as well as sound inside the car. No outside noise. I like that the directional is silent also. This car has a lot of bells and whistles that all seem to come standard in this car. The paint is peeling on the front of the hood and in a few other spots but that doesn't take away from the beauty of this girl. She has 187K miles on it but I am confident in the Honda engine to give me more.

Users ranked 2004 Acura TL against other cars which they drove/owned. Each ranking was based on 9 categories. Here is the summary of top rankings.

How Do I Cancel My CarGurus Add

Recently i was driving on the freeway when my car started making noises, then wheel was shaking a little, rpm going crazy while i was losing speed abd smoke was coming out behund the car.

Why Cant I Get My Car To Start?

I cant get my car to start back up again, when I turn the key to start the car up there's no signs of power to the starter (example: no turn over clicking noise and when car door is open there's no...

I was driving my 2004 acura tl (automatic transmission) i put it into the manual gear selector mode and was shifting up through the gears while accelerating when the engine shut off. No loud noise...

How do I disconnect my alarm on my 2004 Acura TL. My battery went dead overnight so Im doing a process of elimination. I ruled out the amp n stereo, altanator, and bad battery. any suggestions wh...

FWD with Performance Tires and Navigation