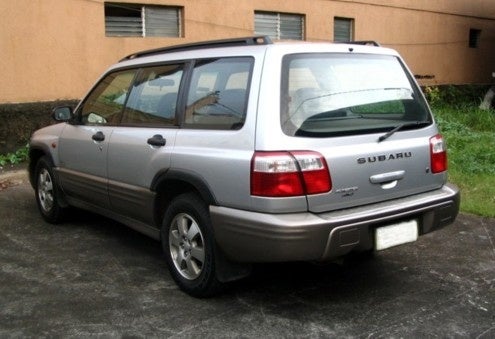 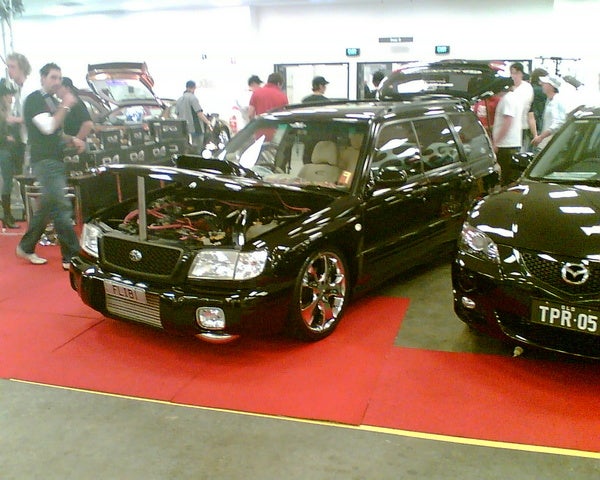 A lot of women seem to like the Subaru Forester. Maybe that's because a lot of women are left with the duty of carting kids and groceries around. They need the versatility and heft of an SUV, but hate the high ride height and bulky maneuverability, preferring the easy handling of a sedan. Thus the popularity of the Forester SUV. The 2002 Forester gets four- and five-star crash-test ratings, and its lower ground clearance, wide stance, and top-rated full-time AWD make it more stable than comparable SUVs. Throw in decent 21/27 gas mileage, and the 2002 Forester is an attractive family-car choice.

Subaru added several items to the features list this year. The 2002 Forester got a new cargo cover, daytime running lights, and intermittent rear wipers. This is in addition to already-standard ABS brakes, dual front airbags, and fog lights. Base L models come standard with power features and cruise control, while the S adds 16-inch alloy wheels, heated seats and mirrors, and a 6-CD changer. An S-only Premium Package adds gold wheel accents and a huge 31" x 33" sunroof. New for 2002 are optional leather seats with this package, when paired with the automatic transmission. Power and pickup are not an issue with the 2002 Forester, which houses a 165-hp, 2.5-liter H4 engine with choice of a five-speed manual or four-speed automatic. It is actually the most powerful SUV in its class, easily beating the CR-V.

The Forester's 64 cubic feet of cargo space (with seats folded down) is a big favorite with 2002 Forester owners. They also love the superb AWD reliability in bad weather and the smooth car-like handling. The optional sunroof is also a driver favorite. The biggest issues seem to be with the limited rear legroom and the poor placement of the front cupholders in front of the air vents. The low ground clearance, while improving stability, limits off-roading activity.

What's your take on the 2002 Subaru Forester?

zipitydoda Love love love the Forester, have purchased two and would purchase yet another. Things that last cost a bit more and worth every penny !!!!

Users ranked 2002 Subaru Forester against other cars which they drove/owned. Each ranking was based on 9 categories. Here is the summary of top rankings.

Have you driven a 2002 Subaru Forester?
Rank This Car

Why Is My Car Still Overnight?

My 2002 Subaru is overheating and we have changed water pump, hoses, radiator, new head gasket and thermostat. Any ideas? I hate to junk “Zippy” he has been a good car.

How Can I Get A Refund For A Bad Car Bought On CarGurus?

Dino at Royal Aotusports in Sacramento sold me a car that has to be put in the shop a second time. First it was a sway bar link and now the exhaust system.

Hey everyone, I'm looking for everyone's opinion on the most badass engine I can swap into my 2002 Subaru Forester S, lol. I also want to do a six-speed conversion on it as well. I'm thinking I'm ...

I brought a 2002 Suburu Forester in Dec 2019. The day after I took it home the check engine light went on, so I took it back to the car yard and they did a scan, said something about oxygen and the ...