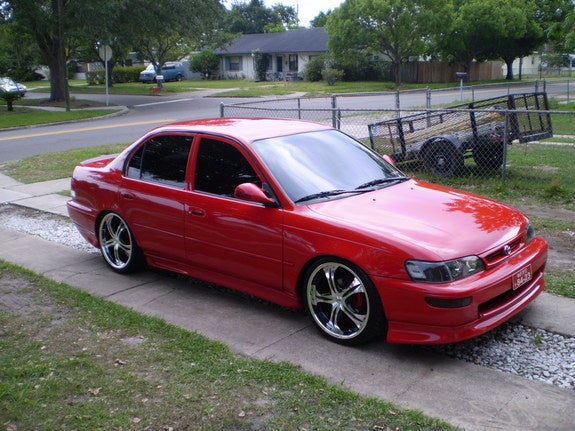 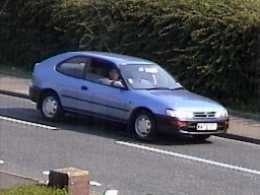 The wagon was gone from the 1997 Corolla lineup, leaving only the sedan. However, that year Toyota also offered the Classic Edition sedan, which came standard with some of the more popular features at a reasonable price. By the end of the 1997 model year, the Corolla had been declared the best-selling nameplate of all time.

In addition to the CE, the 1997 Toyota Corolla came in the standard and DX trim levels. The base engine was a four-cylinder, 1.6-liter, 102-horsepower engine, and a 1.8-liter, 105-horsepower engine was offered as an upgrade. Fuel economy, depending on the engine and transmission, was about 26-34 mpg.

Owners of the 1997 Corolla admit that the car is rather boring-looking, and some find the interior to be cramped, especially in the back seat. However, the car is popular because of its simple, quality construction, value, and dependability.

What's your take on the 1997 Toyota Corolla?

Michael Check this out! I'm one of the admin. :) https://www.facebook.com/groups/ToyotaCorollaClubPhilippines/

Have you driven a 1997 Toyota Corolla?
Rank This Car

I have only had the car 1 1/2 months. All fluid levels are fine. The car starts fine and runs well. Up until yesterday afternoon, the light came on and stayed on. This morning it stayed on as well...

The O/d Light Came On And It Says O/d Off What Does That Mean?

I REPLACED THE THROTTLE POSITIONING SENSOR ON A FRIEND OF MINE 1997 TOYOTA COROLLA DUE TO IT REVVING UP AND THEN DYING DOWN REVVING UP AND DYING DOWN. NOW AFTER REPLACING THE NEW SENSOR AND WATCH...

1997 Corolla cranking but won't start. No spark even though the distributor and computer is good

I have a 1997 Toyota Corolla and it's stuck in park. I know about the trick to get it unstuck by the gear shifter. What could be causing this?