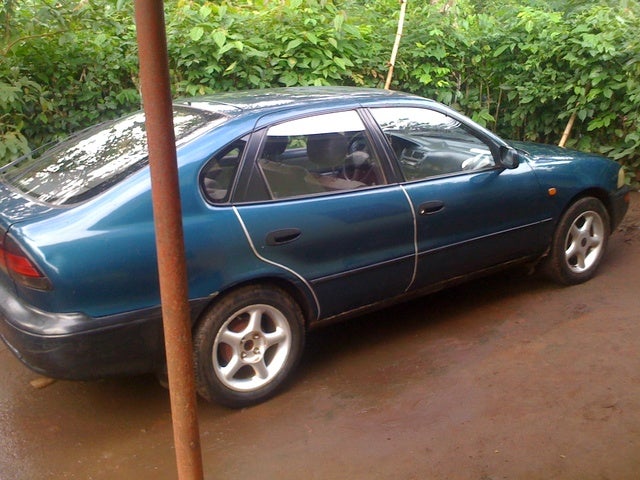 The 1994 Toyota received a few safety improvements, bringing it into the modern age. For the first time, passenger-side airbags were standard across the board. Also, the passenger and rear seats got retractable locking seatbelts.

The 1994 Toyota Corolla was available as a wagon and a sedan. The wagon came in the DX trim level, and the sedan came as a standard, DX, or LE. The base engine was a four-cylinder, 1.6-liter, 102-horsepower engine, and the DX and LE sedans could be upgraded to a 1.8-liter, 115-horsepower engine. Fuel economy, depending on the engine and transmission, was about 26-34 mpg.

Owners of the 1994 Toyota Corolla like it for its good fuel economy and reliability and say that with regular maintenance, it will last for hundreds of thousands of miles. Complaints include lack of interior space and amenities, and slow acceleration.

What's your take on the 1994 Toyota Corolla?

Have you driven a 1994 Toyota Corolla?
Rank This Car

94 corolla keeps overheating, or almost. the temp. gauge almost gets to the top. we changed the thermostat. it worked for a couple of days but still got hot. what could it be?

I have toyota corolla GLI 1994. Is it normal if its temperature reaches the half or a bit higher than the half of the gauge? It usually happens when I'm using the car during daytime with my aircon ...

How To Perform 5 Speed Swap Trans From An Automatic

hey i have an AE102 corolla and i know how to convert to 5 speed trans but how do run the neutral safety switch and reverse light setup?? i own a 1994 toyota corolla and i had the 4afe engine and swap...

What Causes Engine To Die While Driving

I have a 94 Toyota Corolla. The engine dies on frequent occasions while driving. Engine stops, all lights come on as if you had just turned key to the all the way on position. Will not immediately ...