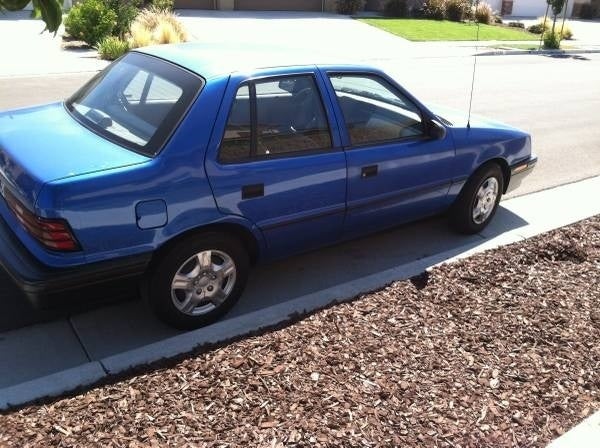 Have you driven a 1992 Plymouth Sundance?
Rank This Car

Didnt Even Get It Emmissions Tested! By Janine

This was an ok cheap car.....but my husband was hit in it before we managed to get it emmission tested Read More

Needs Painting, Its Good By Tyler

Power is nice. Responds nice to bolt-on mods, but there is not a huge market for other cars in it's class a little bit newer. The V6 has nice acceleration, but I have an ATX which hurts it. My ATX is ... Read More

Great Car That I Miss A Lot. By Chris

Performance - I really thought this car handled itself well other than cornering, i had the v6 and 5spd and would never have anything different. Build quality - I rarely needed to repair this car bu... Read More

rides nice needs a little more power but you can put that into it wont cost very much on fule can buy alot of add ons for the cars interior and the exterior its an ok car for long trips very low gas m... Read More

It was a good car until the engine computer went out the second time.. It was a very good card as a work car. Not big enough for a family unless you have a small child. Quality was good excect that co... Read More

Dont Buy It By Bob

Sundace Love Or Hate It By David

Loved the great gas mileage almost 33 mpg. Was a manual transmission front wheel drive that did great in the winter. Had major problems with rust though. Overall it was a pretty good vehicle for a fir... Read More