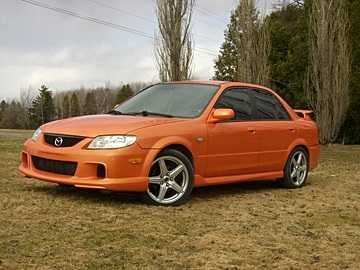 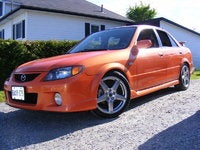 Looking for a Used MAZDASPEED Protege in your area?

CarGurus has 1 nationwide MAZDASPEED Protege listings and the tools to find you a great deal. 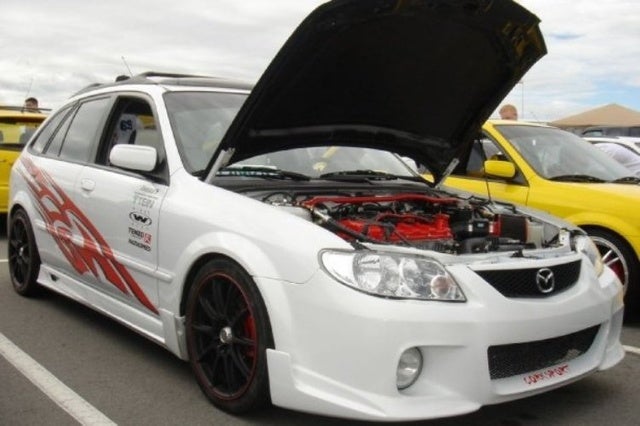 Available for only one year, the MAZDASPEED Protege was the first limited-edition, high-performance Mazda to feature a special tuning package from MAZDASPEED, Mazda's own in-house motorsports and aftermarket tuner. Based on the standard production Protege, which was in its final year of production, the MAZDASPEED Protege was powered by a turbocharged 2.0-liter four-cylinder engine, which produced 170 horsepower -- up 30 hp from the standard Protege.

What's your take on the 2003 Mazda MAZDASPEED Protege?

Have you driven a 2003 Mazda MAZDASPEED Protege?
Rank This Car

Looking for a Used MAZDASPEED Protege in your area?

CarGurus has 1 nationwide MAZDASPEED Protege listings and the tools to find you a great deal.

White Smoke Coming From My Mazda Protege When I Started It

I have a Mazda protege 2003 it's been blowing a heck of white smoke when I started it could be numerous things but it could have beat it cuz my where you put the coolant I think they're sending so...

Can I Awd L Converter A 03 Mazda Protege Mp

How To Reset Alarm System

replaced battery and alarm went off and will not start now..I am nor ever have been a robot..

No Start Replaced Battery Still No Start . Just A Single Click. Would This ...

Is It Ok To Paint A Turbo Charger?

Is it ok to paint a turbo charger with engine enamel? or does it need to be powder coated with special extra high heat paint?