The salesman Mike was very helpful and honest. He was also very informative. In talking to him my wife and I learned that the vehicle we were looking for was not exactly what we wanted. He took our must haves and found the right truck that I will love to drive for years to come.

Scott from Lake Chverolet was professional and able to tell me information about the vehicle that I'm purchasing. I was impressed by can do attitude.thx 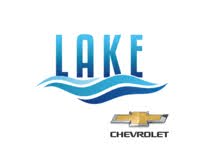 Didn’t reach an agreement, on price and trade in

Patsy was very helpful and courteous. I only had a few minutes, but she took care of me and answered my questions. I decided against purchasing the vehicle, but i would recommend Patsy and Bredemann to anyone!

Dealership would not allow me to put money down to hold the vehicle for 24 hrs to make the drive 100 miles to view it. Had to call the dealership myself the next day to inquire and it was removed from the website. Sold it to auction that night prior without ever notifying me. Terrible experience.

I was contacted by two representatives willing to assist me. Unfortunately I’m about 300 miles away, although I am thinking real hard on taking the trip up there.

August was a true gentleman to work with. Simple and fast transaction. No pressure sales was so nice for a change. I would definitely recommend them.

Talked with the rep over the phone he sent me the bill of sale still trying to get a deal and I like these people !!!! Hopefully I can get it done fast

I was both pleased and satisfied with the service of the great Berman Subaru Dealers.

Everything was good, bought the van.

Overall a good experience, however. Surprised to see they added $199 for security on the vehicle which I did not ask for. Again, surprised when they added $1,000 to the bottom line for gap insurance after I told them I would be paying off within 6 months.

They did not respond quickly, and they didn't answer the questions that I had. All they would say is that the vehicle was available. After I waited 24 hours for a response to an e-mail, i found out another salesman had sold the vehicle through Car Gurus, the salesman didn't even bother to contact me about it. Very unprofessional!

Have had several mixed interactions with a few people at Arlington. So far I have been unimpressed. Several messages were either not responded to or the response was very late. I finally received a message indicating that the vehicle had been sold.

They've been very responsive, prompt, and helpful. And friendly about it, as well. So far, all really good.

Daniel was a pleasure to work with. He spent A LOT of time helping me with financing hurdles, worked with me on pricing, and was extremely upfront about vehicle info. From the test drive to the credit check, I felt informed and un-pressured the whole way. My only complaint about this dealership is their $400 dealer fee.

Emailed me in less than 24 hours after I sent message through CarGurus. But, when I called and asked to speak to saleman, I was told he was busy with a customer and would call me back. He never did...so I never did call back. I purchased from someone else

Hello, I would like to thank Alex at Lux Cars for helping with my car search, unfortunately at this time I have made a decision to wait on buying a car due to epidemic that were all going through at this time. Maybe in the near future when am ready I can give you guys a call. Thanks again. Javier I.

Vehicle was in stock, and dealership replied to my e-mail quickly. I made an appointment for the following day and was able to look at the vehicle and test drive twice before purchasing the vehicle. Dealership is very clean, and felt that they worked with me to get a great deal without being aggressive in making a sale.

Really helpful and friendly staff. They got me the car I wanted at a price I coukd afford. They even offers to stop by my house the next day with some extra papers that I had forgotten. Their service plans are also really great deals and they have a lot of options to help you keep your car running right.

They have vehicle listed incorrectly on this and other sites. Seems like a bait and switch. Told them what I am looking for and then get another email about the incorrect listing, which they had just told me they didn't have.

This is the best place to buy a car ask for Alex I signed the papers yesterday and it was delivered to me in Michigan today and it is absolutely beautiful it was so easy I knew what I wanted and he didn't try to send me in any other direction he gave me just what I wanted thank you Alex!

They have continued to reach out, but I haven't had any time to call them back

They were quick to respond and very helpful with any information that I needed to know!

The people were very responsive and helpful. But the price changed from what it was listed as on CarGurus to a higher price when giving final cost to purchase the truck, because I was paying cash and not financing.

The couldn't give me the information that I neeeded about the car I wanted then two days later they told me the suv was sent sold. I urgently needed an SUV with ALL WHEEL DRIVE for my wife who is pregnant. I'm requesting a manager's or supervisor's email and nobody is able to provide it. What kind of service is this??

Jim O'Connor is a great place to look at cars and very helpful throughout the experience.