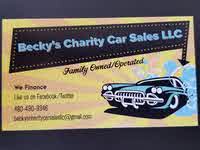 770 N Monterey St
Gilbert, AZ 85233
Todas las evaluaciones son de visitas verificadas al concesionario. – Más información
CarGurus https://www.cargurus.com
13 sep. 2019
Greg
A great organization and a great buying experience. I contacted them with a question via email and had a response within 10 minutes. I arranged for an inspection and test-drive and drove up from Tucson after searching locally for weeks. They were waiting for me when I arrived (vehicle moved up front and just rewashed). Honest people, good pricing, good vehicle, answered all questions and easy purchase process made this a great buying experience. I would recommend searching here first for any vehicle purchase. If they can get the vehicle you need, you can't go wrong with these folks. I'm certain that I'll look here again in the future.
0
Marcar como útil
Respuesta del concesionario actual:
Thank you so much! It was Wonderful to meet you and your wife! I'm so happy that we were  able to help you with building your dream! We wish you the very best in your new adventure!
CarGurus https://www.cargurus.com
7 sep. 2019
Jeff
Very polite and informative.
0
Marcar como útil
Respuesta del concesionario actual:
Jeff,
I'm so glad that you had a good experience with us. I hope to hear from you again.
Thank you, Becky

CarGurus https://www.cargurus.com
9 jul. 2019
john
Great experience I was contacted immediately and they were very knowledgeable. I was also given some awesome finance options and hopefully I will be buying from them soon. I also Love the charity work that they do! John
0
Marcar como útil
Respuesta del concesionario actual:
John,
It was wonderful working with you. I am glad we were able to answer all your questions and give you some affordable finance options. We look forward to helping you purchase a vehicle and will talk to you soon. We love that you care about what we do in the community to give back and want to help support our 501c3!
Thank you,
Owners Becky & Kevin

GuruL8LQ2
I bought a 2006 black F-150 Triton 58K miles from Becky's Charity Car Sales and I could not be happier. I am a soon to be college grad and was a first time car buyer. Becky and Kevin made buying a car easy and simple, they even let me bring my own mechanic to check out the truck before I even considered buying it. Everything was original on the truck and the interior and exterior looked just like it was 58K miles. It ran smoothly and they even tuned up the A/C for me as a graduation gift because of their kind service. My favorite part about this Becky's CHARITY Car Sales is that they took my old car in which I had gotten into an accident with and told me they would fix it up and donate it to a charity of my choosing.
0
Marcar como útil
Respuesta del concesionario actual:
Alex, we are so happy that we could be a part of your first time car buying experience and getting the truck you wanted! I'm glad that bringing your own mechanic to inspect the truck helped to solidify your decision to buy. We appreciate you and hope you are a long time customer. Thank you for supporting our 501c3 and our passion for giving back to the community.
I look forward to hearing about your Journey after graduation!
Becky & Kevin
CarGurus https://www.cargurus.com
9 abr. 2019