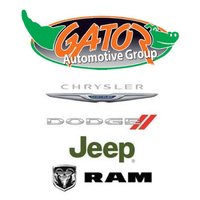 Followed up several times, all good.

The entire experience was amazing... I've never been happier with a purchase. The vehicle is absolutely gorgeous & the price was more than great. The dealership went above & beyond to help me. I am so happy. Best thing I ever did! Thank you so much Car Gurus for this Gem!

businesses are not negotiable, but they have good prices and good cars

Very responsive and informative about the vehicle

Good communications via text, email and call and timely

They added oover 3000 dollars for car Not counting del, this is very misleading to interant custome!!

An okay experience. Tried to negotiate a deal on a vehicle, however, their policy is that they do not negotiate, that is, even if their initial assigned price is aggressive. With that, i passed on the vehicle. My amateur advice in dealing with this dealership is, do your research and make sure you know what you are buying before you purchase.

Good quick responses. Helpful. Prices are higher than I am ready for

They don't deal and they have this insane $799 doc fee. I never have to pay for something so ridulous. That makes them uncompetitve

Buyer beware. We liked the van but walked away after dealing with them. First, they increased the price by $500 between the few days between when we committed to buying the car and the time they received our cashiers check. Second, they added $700 to the price for a “dealership prep fee”. Increasing the CarGuru price by over $1200. Pure bait and switch. The dealership was total chaos as well.

Renan helped me from the time I got there and the whole process was quick and effortless, I really recommend this car dealer.

Walk in and left with the car i wanted

Emily was extremely helpful and patient since we test drove 4 different cars. Though we did not decide on the car in photo, it was really good for the price but my wife didn’t like the seat. I found it ok but she didn’t.

No hassle got the price financing was easy Happy my salesman is awesome. I've bought about 7 cars from these people. Easy to work with.

My experience with Off Lease has been incredibly. I purchased a vehicle and the process was easy. Hats off to Chase your help with all of this was awesome. I look forward to meeting you soon.

The entire staff from the greeter, my salesmen Steven who guided me during the buying process, the business manager Lennox Young who closed the deal. I have recommended Off Lease to colleagues, friends and family.

They contacted me right away and followed up wuickly

Contacted Jason Rance about a vehicle. Was rude on the phone, said he was busy and will call back in an hour or so. Never called back, two days later car was sold.

Good information. Sometimes did not respond in a timely manner to an inquiry.

They get a “A” for effort but, they keep sending vehicles that are older than I want and wrong color. I’m very specific with that.

Made an appt to go see car yesterday and apparently there was a deposit put on car on Friday. That was a waste of my time

Great response. Car sold before we had a chance to get started

Great experience. Polite, Professional. Finally found the car I was looking for after almost a year of looking.

Excellent experience. The car was described perfectly. Jeremy was excellent to work with. Bought the car.

Great thanks a lot

Doesn’t Update inventory. The car shown as been advertised for sale for over a month past its sale date.

Yes this is exactly what I wanted but if you don’t finance it they put another $1,000,so the price is kind of false advertising but the woman I dealt with was very helpful.

Horrible communication! Very unreliable and plays games with not returning calls. Internet sales are just as horrible! Could not get a sales manager to send a purchase order for the vehicke I wanted to by with taking safety measures due to the covid-19. Will never use or refer them!!!

I did not end up buying a truck from this dealership, but they were very helpful, and offered me several options to look at and consider. This is the kind of dealership that I like doing business with.

While visiting Palm Beach I contacted Off Lease Only to look at a low volume sports car I've been in the market for. The gentleman that met with me was very easy to work with and sought to understand my concerns and answer my questions. I didn't feel like there was any high pressure tactics used at all and it was a very pleasant experience. I did not purchase the car I looked at, but I would go back there to continue my shopping without hesitation.

I didn't meet with this dealer. Stars for communication.

The car saleman ( Ricardo ) was not the problem. It was the manager who had a take it or leave it type of attitude.The manager wanted us to finance through Kia. We already had our own financing we arrived. So we left it and told them to enjoy the rest of their day. Less than 10min later we received a call from the salesman asking if we were still there and that they would like to split the price on one of there fees. That was the problem. They lost a sale because they didn't want to wave a fee.

A great no pressure buying experience. Will be returning for my next purchase. Would highly recommend them for your purchasing needs, one of the best selection of vehicles at all of their locations in the market.

They contacted me immediately. Unfortunately the car was already sold.